Samsung Rounds Out Its Android Universe With Galaxy Player

Samsung is about to debut the new Galaxy Player, an Android-based music and applications device that will be similar to the Galaxy S smartphone, but without the cellular connection. Samsung has confirmed it will unveil the media player at the Consumer Electronics Show in Las Vegas next month, according to Samsung follower, Samsung Hub. 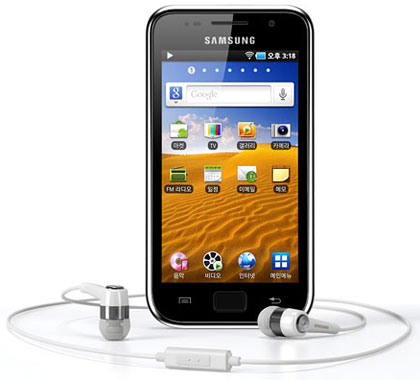 The device will have a front-facing VGA camera for Skype and other webcam applications, as well as a 3.2-megapixel camera on the back. It will be 9.9 mm thick with a 4-inch Super Clear LCD screen with WVGA resolution.

The Galaxy Player will run on the Android 2.2 Froyo operating system, and it will have built-in WiFi and Bluetooth 3.0. It will come with 8-GB, 16-GB and 32-GB storage capabilities and will feature a 1 GHz processor.

Samsung did not respond to the E-Commerce Times’ request for comments by press time.

Going Up Against Apple

The Galaxy Player fits niftily as a competitor to Apple’s iPod touch — basically a smartphone without phone capabilities. This will complete Samsung’s match-up with major Apple mobile devices. Samsung already competes head-to-head with the iPhone and the iPad.

While the iPod may have slipped as a major consumer device, the iPod touch — and now Samsung’s Galaxy Player — addresses the gigantic tween market. Parents of teenagers are not quick to sign up for pricey smartphone plans for their children. However, a dumbphone on a family plan combined with an iPod touch or Samsung Galaxy Player completes the digital picture.

Freedom From the Data Plan

The absence of the smartphone’s data plan may be the biggest competitive feature for the Galaxy Player.

“This is a good device for people who want a strong mobile computer that can provide gaming, mobile Web and email without the monthly data plan,” Chris Hazelton, research director for mobile and wireless at the 451 Group, told TechNewsWorld. “The trade-off is you need to find WiFi when you need the network. Then what you get is access to 100,000 applications from the Android market.”

Over the course of a year, there are plenty of savings to take by avoiding the smartphone’s monthly bill.

“You can roll the dumbphone into a family plan and use the media player like a smartphone. The iPhone was a game changer, and you’re seeing smartphones that are challenging the iPhone,” said Hazelton. “The iPod touch has a similar grip on the market — even more so — and this is what is coming from the competition to challenge Apple.”

“It’s a good device for kids because you can have control over the content they download — even if they can get around it,” said Hazelton. “Plus, they can do voice calls through Skype or other voice applications.”

The Need to Match Apple

Ultimately, the difference in cost between dumbphones and smartphones will be in the monthly contract.

“As the price of subsidized smartphones continually decreases and the difference in cost between a dumbphone and a smartphone becomes negligible, the only real barrier to entry left is the data plan,” said Michael Morgan, senior analyst, mobile devices, for ABI Research.

“However, it may be Samsung that needs these devices more than the market does,” he told TechNewsWorld.” With these media players, Samsung’s device portfolio mimics that of Apple’s with a phone, media player and tablet.”

As Samsung completes its mobile device picture, Apple will have little to tempt the Android user from switching systems.

“With children using these media players, perhaps one day they will aspire to have a Samsung smartphone instead of an iPhone,” said Morgan. “While at the moment, Samsung’s content library is not the equivalent of Apple’s iTunes or App Store, this could be built up over time, particularly if they port Android over to these devices and offer access to the Android application store.”