Research In Motion announced five new smartphones based on its new BlackBerry 7 operating system on Wednesday. AT&T, Sprint and U.S. Cellular will all get new devices that maintain some of the feel of earlier products while offering functionality competitive with the leading smartphones on the market. 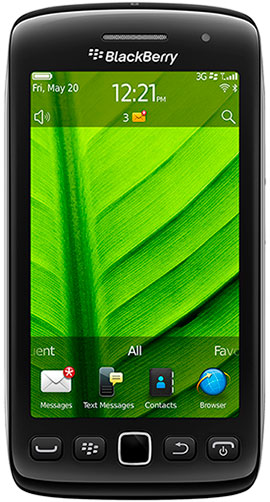 AT&T will get the BlackBerry Torch 9810, which looks similar to the existing AT&T Torch. The Torch 9850 and 9860 will be available for AT&T, Sprint and U.S. Cellular. These represent RIM’s newest stab at touchscreen technology, and the company claims they respond five times faster than earlier models. The screens, which use Liquid Graphics technology, are also larger.

In addition, RIM introduced BlackBerry Bold 9900 and 9930, its thinnest phones. They feature a traditional Blackberry keyboard and near field communication.

All five phones run the BlackBerry 7 OS, which is not compatible with earlier models. The platform comes with preloaded apps and integrated functionality for increased productivity and collaboration. RIM says browsing on the new line will be 40 percent faster than on its BlackBerry 6 models.

TThis new generation of BlackBerry handsets will be available from carriers around the world starting in late August. Exact dates will be announced in joint releases with the carriers.

RIM did not respond to TechNewsWorld’s request for comments by press time.

Stacking Up to the Competition

In the past, RIM has avoided direct competition with the leading smartphones, a strategy that coincided with a steep loss of market share in North America.

“I think for a long time, RIM has been a bit complacent and has not fully acknowledged that it completes directly with the likes of Apple and Android phones,”Allen Nogee, principal analyst for wireless technology at In-Stat, told TechNewsWorld.

“But recently I think that has changed, and RIM is now making devices which are much more competitive with other devices out there,” he noted. “For example, the processor speeds were always much lower on RIM devices than on competitors’ phones. That has changed, and they are now getting on parity with others.”

While RIM was in a huddle to make these changes, many enterprise users were asking their employers for the slicker iPhones and Droids.

“Even a large number of enterprise customers are starting to move over to other devices,” said Nogee. “BlackBerry messenger and faster processors, it is hoped, will better compete with other devices.”

The new devices come with familiar, if not tired, names. While the new line of smartphones are a significant leap ahead in functionality, RIM has retained the existing brand names, “Torch” and “Bold.”

“I think by keeping many of the names the same as the past, RIM is attempting to take advantage of its heritage and build upon that,” said Nogee. “Like ‘Droid’ or ‘iPhone,’ companies have learned that customers want refined devices and not just new devices.”

Using existing brand names for the new smartphones is also a new strategy.

“This their first new device under an old name,” said Michael Morgan, senior analyst for mobile devices at ABI Research.

“I’m confused about why they did that,” he told TechNewsWorld. “Every one of these has an upgrade. They have quite a bit of processing power. RIM tried to enhance all of the graphics. They really want to make it snappy — to give you that smooth, fast scrolling experience.”

RIM is keeping some of the look and feel of the Torch and Bold even as it adds new features.

“Bold looks and feels like you’ve always known it, but it will now have enhanced functionality. Torch is still going, but this one is more of a quintessential smartphone,” said Morgan.

The new BlackBerry 7 OS will force the purchase of new devices, he pointed out. “All of these are going to work on 7 OS, not 6 OS.”

With the new functionality, RIM’s offerings could be competitive with leading consumer-oriented smartphones, but the company has a mixed record when it comes to attracting consumers to its traditional enterprise market. So who is it targeting? 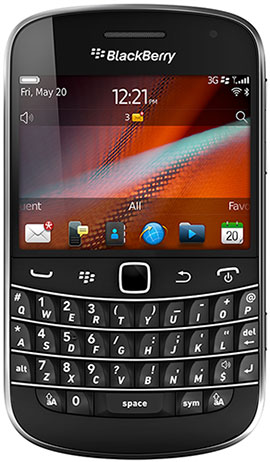 The enterprise, according to Morgan.

“What they tried to do is retain the base they already have,” he explained. “They’re keeping this familiar while trying to enhance the experience that is already BlackBerry.”

However, the young user is the target demographic, in Nogee’s view.

“It’s definitely the younger, more active device users that they have lost in large numbers in recent years,” he said. “BlackBerries started as a purely enterprise device, but RIM was successful in bringing the BlackBerry to the masses. Then Apple and Android came on strong and took away many of those newly acquired customers — and then some.”

Ramping Up the Apps

Since older devices cannot be upgraded to the new operating system, “they going to be moving people to new devices for 7 OS,” he said.

New apps could add a new layer of sheen to the Torch and Bold lines. Even with a new sheen, though, RIM will be facing new competing devices as the holiday season draws near.

“RIM’s line is old. When it was released, it was a bit below maximum horsepower,” said Morgan. “Now they’re taking their existing feel and giving it today’s maximum horsepower. But a lot of the big players will be releasing new phones around the same time, in time for Christmas.”