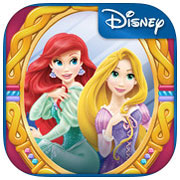 Augmented reality and other interactive technologies are changing what it means to play, read and interact. 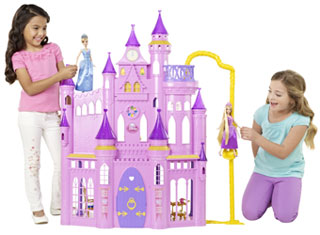 “For decades we have aspired to the holodeck as featured in Star Trek, whereby we can fully immerse ourselves in simulated surroundings,” toy consultant Steven Reece told TechNewsWorld. “There are numerous examples [of toys that use] augmented reality, but virtual reality will also deliver some amazing experiences within the next five to 10 years.”

This new breed of toys offers a kind of magic that kids — and adults — crave. 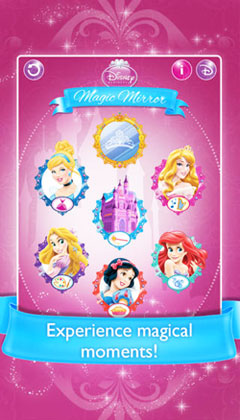 Mattel’sDisney Princess Ultimate Dream Castle, for example, isn’t just any old castle. Using the Disney Princess Magic Mirror app, children can scan specially marked areas with an iOS device camera and trigger activities in the princesses’ rooms and around the outside of the fortress.

“Together, physical play is extended to interactive play,” Yves Saada, vice president of digital media with Disney Publishing Worldwide, told TechNewsWorld. “The app can also be downloaded without the castle, and kids will have access to the activities in the app. However, with the castle, the experience is enhanced and offers hours of diversified play.”

The augmented reality app provides a high-tech dimension to the world of Disney princesses, bringing their castle alive and allowing children to interact with it and the princesses in creative ways.

Popar Toys is another company at the forefront of augmented reality play, with books, toys, games and posters that come to life through apps.

The company’s toys have both physical and digital elements, and though they can stand alone, they’re at their best when used together.

“Each product has to stand on its own,” said Jochim. “Someone can play with it without the physical entity or the digital entity, but combined it makes a much more immersive experience.”

Kids can read Popar Toys’ books just as books, for instance, and at the same time use them as launchpads for exploring stories, space, chemistry or history. They can put together its puzzles, point an iPad at them, and enter into video games. They can don virtual space helmets, film Vines of themselves as astronauts, and share the experiences with their friends.

“We’re taking digital and physical play and putting them together,” explained Jochim. “Augmented reality allows for a nonlinear way of learning and exploring. It’s a great kinesthetic way of learning.”

Toy retailers, in turn, are changing the way they display and market such toys, with Popar providing iPads that people can point at their toys to get the interactive, immersive experience right in the toy aisle.

“We’ve had to re-invent point-of-purchase displays of our products in the stores,” said Jochim. “We found that we would tell customers to download an app, but they wouldn’t. They want to go in store and have an instant experience.”

Kids are already using the Web, social media and mobile devices for playing and learning, and these augmented reality toys help to channel and shape those impulses.

“They’re going to YouTube to find out how to make slime in their backyard,” said Jochim. “Why not create toys that have that same interactivity?”