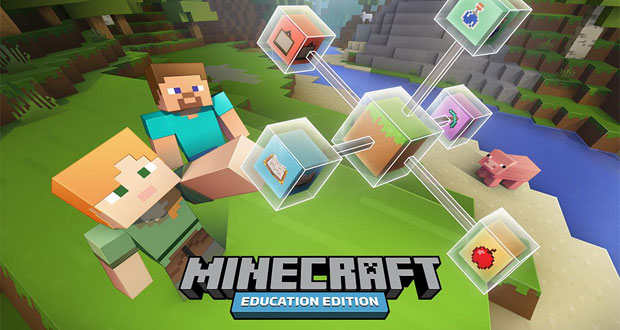 Microsoft on Tuesday announced its acquisition of MinecraftEDU, one of the building blocks for its upcoming Minecraft: Education Edition.

MinecraftEDU, developed by Teacher Gaming, launched in 2011 as a version of Minecraft enhanced for the classroom.

Microsoft has used the lessons learned from MinecraftEDU to expand Minecraft: Education Edition’s feature set, the company said in a statement provided to TechNewsWorld by spokesperson Gretchen Higgins.

“Working with the MinecraftEDU creators Joel Levin and Santeri Koivisto, we started with all the learnings from the EDU edition, and built its key features into the Minecraft: Education Edition,” the company said. “We also added new features including login and personalization, the student portfolio feature, a second screen experience for teachers, and the ability to save student progress.”

Minecraft: Education Edition can assist in teaching all subjects, ranging from math and physics to history and language, Microsoft said.

“There is no limit to what students can learn in the game, and no limit to how the game can extend classroom learning,” the company pointed out. “Minecraft players also develop skills in collaboration, problem solving, communication, digital citizenship, and much more.”

Minecraft: Education Edition will feature enhanced maps, with waypoints worked in to help students and teachers navigate the world together.

The game will enable students to save selfies and photos of their characters and work. It’ll include multiplayer support, allow up to 40 students build something together, and will come with an import and export tool for maps.

The game will include tutorials and lesson plan templates to get teachers started, but Microsoft plans to collaborate with educators on the education.minecraft.net for post-launch updates.

When Microsoft purchased Minecraft studio Mojang, critics expressed pessimism over the purchase, reasoning that it had reached or was near its peak, recalled Roger Entner, principal analyst for Recon Analytics.

Microsoft’s response was to drive the game deeper into education, and that was a smart move, he said.

“Minecraft is already a huge success,” Entner told TechNewsWorld. “Making it more educational is a great thing. It makes it easier for parents to agree with it. We learn better when it’s wrapped into a game. That’s just the fact of it.”

MinecraftEDU already has made it into more than 7,000 classrooms in 40 countries, Microsoft noted.

While those numbers may be impressive, Microsoft wants more, and it has invested in what could be a force multiplier for Minecraft.

The core gaming market’s hunger for Minecraft may be satiated, but 7,000 classrooms is a microscopic slice of educational institutions in countries around the world. Going by 2012 figures, there are about 100,000 public K-12 schools in the U.S. alone — that’s not counting private schools.

Microsoft hasn’t disclosed how much it dished out for MinecraftEDU, but the company has offered a framework for how it intends to monetize Minecraft: Education Edition. It plans to use a subscription model.

Microsoft will announce pricing later this year, but it indicated the service will cost around US$5 per user per year. Schools using Office 365 subscriptions can use their accounts to buy seats to Minecraft: Education Edition.

Those currently using MinecraftEDU will receive a free year of Minecraft: Education Edition.

Minecraft: Education Edition will launch this summer, providing lead time for the 2016 school year. Microsoft also will offer a trial version of the game during the summer.