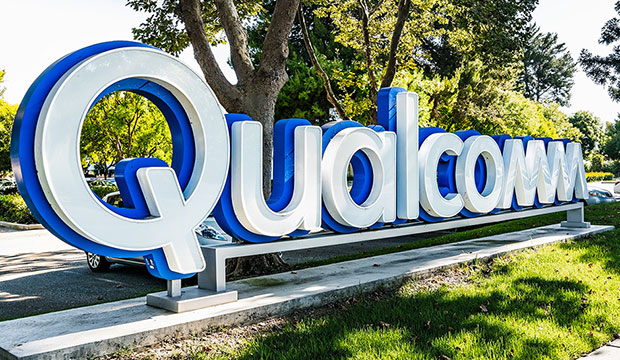 Qualcomm last week launched its Snapdragon 888 platform which will show up in premium phones next year — and this promises to take the high-end of Android smartphones to levels of performance they’ve never seen before.

While Qualcomm provided critical help to Apple by enabling the company to bring its first iPhone to market, Apple broke up with Qualcomm in a spectacular fashion months ago. Now the two are competing with each other, and the rivalry is resulting in some impressive advancements on both sides.

Now we won’t know what Apple is bringing to market next year before an announcement, but Qualcomm has to drive demand to its solutions, and since its products make it into phones, the company is an excellent source for what is on the way.

Let’s talk about what is coming to market in Android phones — and likely iPhones — next year, because you’ve got to believe Apple watched this launch and is now furiously working to create similar functions.

We’ll close with my product of the week, the coming line of Qualcomm Snapdragon 888 Sony Xperia phones.

In many locations 5G has been disappointing because available bandwidth isn’t only about the radio link connection — it also involves the connectivity of the cell sites which are still being upgraded. The pandemic has slowed the rollout, but by the middle of next year we should finally be seeing the benefits in most areas we have been promised.

Verizon was at the event arguing that it is well ahead of competitors with both 5G and millimeter wave (mmWave). The latter provides for better coverage in areas like inside buildings that may not now get even good 4G coverage. Verizon is also aggressive with dynamic spectrum sharing (DSS), potentially providing up to 2x performance improvements, even on the older 4G networks.

Currently, Verizon provides 4-gigabit per second levels of performance, and it has 5-gigabit performance working in the lab, suggesting that will be available next year. Ten-gigabit performance should come to market in the next 3 to 5 years. In Japan, Docomo represented that it will have the fastest network, and has already begun rolling out mmWave technology.

Photography is getting a considerable advancement. Xu Jian, a leading wildlife photographer and documentary producer, showcased his work with prototype phones using the Snapdragon 888 solution. He shared several still pictures that he took both himself and while the camera was attached to a drone.

To my eye, and I used to be a professional photographer, the images were equivalent to what you’d get with a typical SLR professional camera. Granted, the quality you’d likely get would depend on the quality of your camera lens. Still, Qualcomm’s computational camera technology appears to do a great job automatically optimizing the resulting image.

The new cameras can take images without a flash in as little as .1 Lux, which translates to one-tenth the light of a candle one meter away on a one-square-meter surface. These cameras will have something called “staggered HDR,” which takes three images at the same time: one underexposed, one overexposed, and one appropriately done — and then merge them to bring out all of the hidden detail.

Finally, the cameras can take 120 images per second, allowing for incredible slow motion and the ability to capture just that right instance in an action shot.

Another area that will see a huge improvement is gaming. Esports on mobile devices have been taking off, and at the premium end of the phone market, smartphones are going to get a substantial performance and battery life increase. This performance increase is excellent for the one billion people currently gaming on their phones.

New phones will handle up to 90 frames per second with HDR turned on, and the lowest latency ever on a smartphone platform (Qualcomm has demonstrated 144 frames per second in the lab). This performance increase should provide a significant competitive advantage for gamers playing on one of the new Snapdragon 888 phones.

Except for screen size, this performance advancement is expected to bring smartphone gaming in range of console gaming — and Xbox Game Pass Ultimate will support these new gaming enabled phones. Don’t think you won’t still get great battery life, because Qualcomm uses a technology called VRS to increase performance by 30 percent, while reducing GPU loading by 40 percent (GPUs pull a ton of power). This benefit showcases one of those rare times where performance and energy savings come hand in hand.

One of the more exciting demonstrations was using two professional RC car racers one mile away connected to a phone on a remote control 4×4 that raced all over the Qualcomm campus by drivers using smartphones both as controllers and for car control and video. The lack of latency allowed them to drive at speed on the specially-constructed off-road remote control vehicle track.

Finally, these new phones will have a new feature called “Quicktouch,” which removes the touch screen latency and allows smartphone gamers who use these new phones to be far more competitive.

I immediately think the next “Mission Impossible” episode will need to use these new phones.

Qualcomm has made an enormous advancement in AI. Today over one billion devices are already enabled with Qualcomm’s 15 TOPS (trillions of operations per second) technology. Still, next year with the Snapdragon 888 part, the new AI should jump to 26 TOPS performance levels.

One of the related areas getting a boost is natural language processing (NLP). This improvement should allow you to better interface with your phone features via voice, and you’ll also be able to do translations in real time, even if your phone doesn’t initially know the new language.

I hope that this advanced AI technology will be applied to spam calls because I am truly getting tired of hearing that I need a new extended warranty for some obscure car the caller doesn’t know I have. We will see things like automatic picture framing, AI-driven autofocus (where the system, based on training, picks the aspects of an image where detail is more interesting), and provide reliable guidance back to where you forgot you parked your car.

Oh, and they did showcase the ability to use the camera’s infrared aspects to help you pick better makeup or even diagnose an illness, which could be rather exciting and, given the pandemic, most timely.

This feature is probably the most exciting technology out of the entire event, and it speaks to my comment above about finding a misplaced car. The Hub aggregates the phone sensors and then actually uses the data to help you answer critical questions like, ‘where the hell did I leave my car?’. I imagine it would help you retrace your steps if you lost something and needed to recover it.

The camera has to be out and see stuff for full utility, suggesting a future head-mounted camera as a requirement for full functionality. Still, we’ve been paying for many phone sensors for years that we mostly never used. This is the first application where suddenly those sensors have essential utility.

A phone that is increasingly aware of its surroundings could automatically call for help if you were injured, warn you away from dangerous locations, and during a disaster guide you to safety. That last, with the increasingly hostile weather events, could be life saving.

The next generation of phones is going to be far smarter, far better, far more useful, and far more able to keep us safe than anything we’ve so far seen in the market. They’ll have more performance and better battery life, better connectivity, way better gaming capability, massively improved imaging, and far better sound.

Granted, you’ll only get the full extent of these features with a new premium phone that isn’t even shipping until around mid-2021, but given 2020, I think that having something to look forward to next year alone is worth it.

Next year the smartphone is taking another big step to becoming more than a communications device as it evolves into the perfect digital companion. Qualcomm is driving a revolution. It will be interesting to see if Apple can keep up.

If we take the Snapdragon 888 and showcase it as Qualcomm’s primary weapon against Apple dominance, you need to pick an OEM to carry it. Given that Steve Jobs based his Apple redesign on Sony, and Sony’s similar focus on entertainment, Sony would be my choice as the primary OEM to fully take on Apple.

Sony has always had beautiful, well-designed products that were often hampered because it doesn’t compete as a company but as a group of divisions under the same brand.

Sony teased its coming line of Xperia phones based on the Snapdragon 888, and they have the most potential to provide a better experience than Apple users get from their iPhones. The question is, as it always has been with Sony: Will it step up next year? Its uniquely beautiful designs, coupled with this new Snapdragon solution’s full power, could redefine this fight.

As a result, the coming line of Xperia smartphones based on the Snapdragon 888 is my product of the week. However, since they aren’t out yet, they’ll be competing for the 2021 product of the year, rather than this year’s.