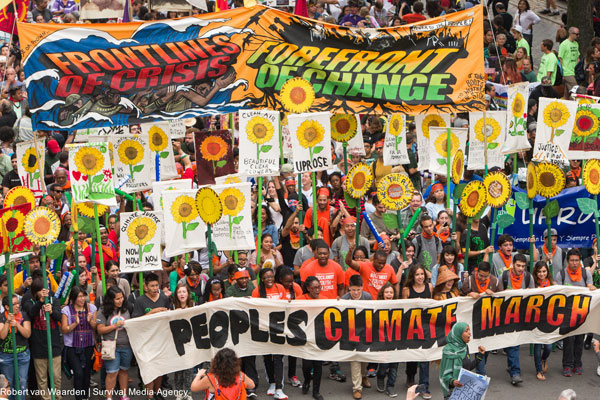 “We funded them as part of a political campaign for something unrelated,” Executive Chairman Eric Schmidt told a caller to NPR’s Diane Rehm Show. “I think the consensus within the company is that was sort of a mistake. We’re trying to not do that in the future.”

Google has “a very strong view that we should make decisions in politics based on facts — what a shock,” Schmidt explained.

“The facts in climate change are not in question anymore,” he said.

“Everyone understands climate change is occurring, and the people who oppose it are really hurting our children and our grandchildren and making the world a much worse place,” Schmidt contended. “We should not be aligned with such people — they’re just literally lying.”

Google began supporting ALEC as a member of its Communications and Technology task force in 2011, with an early focus on privacy and Internet freedom, ALEC spokesperson Bill Meierling told TechNewsWorld.

“If you dig beneath the public statements, it’s a forum for exchange,” he asserted. “That’s how Google came to participate.”

Google reportedly has paid ALEC about US$10,000 a year. Its membership won’t officially expire until December, Meierling said.

“It’s really unfortunate that the chairman of one of the world’s largest companies would publicly trash thousands of legislators across the country,” he added. “There are thousands who have stood side by side with Google in issues like privacy, driverless cars, and expanding access to Google Fiber. We’ve been working with them.”

Exxon Mobil and Koch Industries are among ALEC’s underwriters.

Microsoft dropped its membership in the organization last month, citing conflicts with its corporate values.

At the heart of Google’s decision is “an ongoing pressure campaign from organizations critical of ALEC,” Meierling asserted. Yet “I challenge anyone to find any climate change denial policy or discussion anywhere on our website or any publication we’ve ever published.

“Do we have problems with a government-mandated energy mix?” he went on. “Yes, but it’s with the government mandate part.”

ALEC has “never made any statements about climate change,” Meierling asserted. “That’s not where we are at all.”

Google’s own renewable energy commitment is actually consistent with ALEC’s policy because it was made in the absence of a government mandate, Meierling asserted.

In fact, ALEC believes renewable energy should expand “based on consumer demand, not as a result of a government mandate,” explained CEO Lisa Nelson.

“Many misunderstand the American Legislative Exchange Council and its legislator-led, free market priorities,” she explained. “ALEC members believe the federal government exerts too much control on state and local decision-making.” Spreading Its Money Around Coming hard on the heels of Apple CEO Tim Cook’s recent statements about climate change, Google’s strong stance is likely a careful projection of the brand image it aims to convey.

“Google cannot afford to be on the wrong side of certain key issues,” and climate change is one of them, Greg Sterling, vice president of strategy and insights for the Local Search Association, told TechNewsWorld.

“It would ultimately expose them to charges of duplicity or hypocrisy and damage their brand with key constituencies of users,” he explained.

“It’s hard to entirely second-guess Google’s motivations in supporting ALEC in the past,” Sterling concluded.

“My guess is that Google was trying to spread its money around to groups and organizations with more conservative views as part of a larger political hedge,” he speculated, “so that it wasn’t exclusively associated with left-leaning groups and interests.”