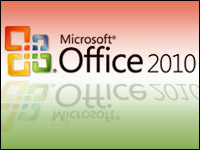 Microsoft has forged deals with LinkedIn, MySpace and Facebook to connect their networks through its popular email and personal information manager, Outlook.

The company introduced Outlook Social Connector when it rolled out a beta of Microsoft Office 2010 last November. The OSC connects emails, contact information and networking sites within the Outlook application.

Microsoft also introduced a public beta of LinkedIn for Outlook, according to a blog post by Dev Balasubramanian and Michael Affronti, Outlook program managers.

Office 2010 beta users can now connect the OSC to a public network — in this case LinkedIn — for the first time, they said.

Using the OSC, users can view their contacts’ status updates and photos next to their email messages. The OSC automatically updates the latest contact information from LinkedIn and allows users to invite colleagues to join LinkedIn from Outlook. The beta app also synchronizes mobile phones with Outlook.

No Less Private Than Your Network

Balasubramanian and Affronti took pains to explain the OSC’s privacy policy — a wise move, given the uproar that Google Buzz, another email-based social networking platform, has caused.

Privacy and permissions settings on each network carry over into the OSC, they pointed out. So if a profile photo and job title are publicly listed on a given network, then OSC users will see that photo and job title when receiving an email from a user, assuming they are using the same network.

“The goal of the OSC is not to create another social network or set of privacy settings for you to manage, but rather to bring the networks you already value and use to the Outlook experience,” they concluded.

It was smart of Microsoft to emphasize the privacy setting, Greg Sterling, principal of Sterling Market Intelligence, told TechNewsWorld.

“The outcry over the Google Buzz experience has shown that people may want to preserve some separation between the email in their in-boxes and what they are posting on social networking sites,” he said.

At the very least, they want clearly defined tools and policies so they understand where and how they are connected, he added.

Despite recent privacy flaps, the number of social networking tools is growing so quickly that they that are becoming difficult to tell apart. Microsoft’s initiative is a little different in that it is more focused on the enterprise.

LinkedIn has not been a party in many of these alignments, Sterling noted. “It was smart of Microsoft to begin with them for the enterprise angle, particularly with Outlook.”

Facebook and MySpace will be of less interest to many Outlook users, he surmised. “Facebook is the dominant social networking site now, so Microsoft had to include them. Also, it has an equity stake in it.”

LinkedIn, though, will likely be used more, he said.

On the other hand, Facebook and MySpace could be just as important to Outlook users, Brian Kissel, CEO of JanRain told TechNewsWorld. “What this announcement is indicative of, from the big picture, is the importance more and more people are placing on social networks and the value associated with them.”