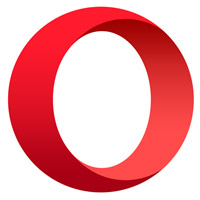 Opera on Thursday announced a dedicated power-saving mode in the developer version of its Web browser.

Tests showed it extended laptop battery life by up to 50 percent against Google Chrome, the company said.

The browser will suggest that users enable the power-saving mode when their laptop battery has 20 percent of capacity left. Clicking on the battery icon in the browser after a laptop is disconnected from its power cable activates it.

“To some degree, this is about allowing savvy browser power users to kick the tires around the new features,” said Al Hilwa, a research director at IDC Seattle. “Developer audiences are both demanding of their browsers and also tolerant of buggy code to a degree if positioned properly to them.”

Opera released the feature through itsdeveloper channel so it could “test out websites and Web apps to ensure content renders correctly in the new browser release,” he told TechNewsWorld.

Opera tested the power-saving mode on two laptops — a Lenovo X250 powered by an Intel Core i7-5600U processor and a Dell XPS 13, both with 16 GB of RAM running on Windows 10 with 64-bit high-performance power mode.

It used Selenium WebDriver to load 11 popular websites, including YouTube, onto the devices.

Each page was opened in a separate tab, without previous ones being closed, and was scrolled five times, then left alone for a minute.

The test was conducted repeatedly until the laptop batteries were drained.

Opera made the following tweaks to its browser before the test:

It also turned on the ad blocker.

Opera didn’t say whether Chrome was similarly tweaked, whether an ad blocker was turned on in Chrome, or which version of Chrome was used.

Opera tested Chrome on a laptop running 64-bit Windows 10, it said, but did not indicate whether it different from the ones its own browser was tested on.

That raises questions as to whether the comparison was fair, according to Hilwa.

“This is a long-standing caveat in all such vendor comparisons,” he noted. “Rarely is there a level playing field unless you look at independently conducted comparisons.”

Why Pick on Chrome?

Microsoft’s Edge browser might seem to be the appropriate target since it’s integrated into Windows 10, but “Chrome, as a non-OS-supplied browser, like Opera, is the natural target,” said Rob Enderle, principal analyst at the Enderle Group.

Chrome “is far easier to displace, likely because users are less wedded to their browser,” he told TechNewsWorld. “Given Chrome hasn’t been successful displacing IE users with more resources, Opera likely felt they shouldn’t either.”

The power-saving feature might prove attractive to users, but, given Opera’s minuscule market share —less than 2 percent of the global desktop browser market in April, according to Netmarketshare — it’s doubtful whether it will make much of an impact on the competition.

“This actually got me to think about using it on my laptop,” Enderle said. “But I doubt if many folks know it’s out there, and if that doesn’t change, their [market] share won’t improve.”

What’s in it for Opera, which in recent months built an ad blocker and a VPN into its browser?

A Chinese consortium bid US$1.2 billion for the company in February. Being seen as innovative firm might improve its valuation, but “I think Opera’s core motivation is to have more browser customers,” Enderle suggested. “The rest is just gravy.”