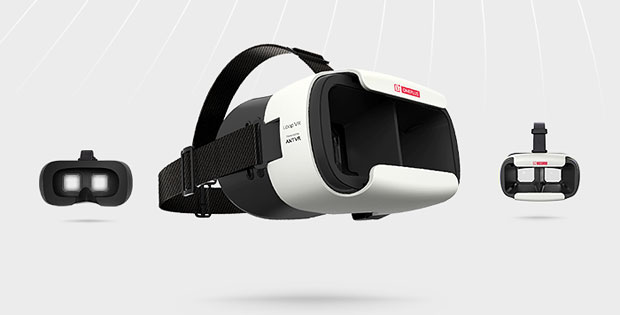 The 30,000 virtual reality headsetsOnePlus announced it would give away as part the unveiling of its OnePlus 3 smartphone were snapped up Monday, the day they became available.

OnePlus has set up a VR space called “The Loop” in which it will unveil the OnePlus 3. The Loop can be accessed only by users of the OnePlus Loop VR headsets, made byAntVR.

“We believe we, and the tech industry as a whole, have only scratched the surface of what can be done in VR,” OnePlus cofounder Carl Pei said.

The move “is an innovative way to generate press and consumer interest in the event and the new smartphone,” remarked Jim McGregor, a principal analyst at Tirias Research.

“It is really difficult to stand out from the smartphone crowd in today’s market, … so this could help reach a broader audience and generate brand awareness,” he told TechNewsWorld.

It’s the second smartphone OnePlus is launching through the medium of VR. Last year, it gave away 30,000 OnePlus Cardboard viewers for the launch of the OnePlus 2.

That launch didn’t go as well as hoped, Pei admitted.

“Hoping this wouldn’t be much of a disaster like the OP2 VR launch,” rphlfjrd said in response to OnePlus’s announcement.

Others, including “transit” and “zeus,” described the announcement as hype.

OnePlus appears to be trying for a more successful launch this year.

“Forget cardboard, this year we’re excited to bring you the OnePlus Loop VR Headset — for a more robust, immersive and comfortable experience,” Pei said. Loop VR “is beautiful, and developed together with our buddies at AntVR. … We’re confident that this year’s experience will be vastly improved.”

“This would be a very expensive launch for most companies, but OnePlus at the moment is an unknown brand to most consumers,” noted Larry Chiagouris, a professor of marketing atPace University.

If OnePlus’s strategy is to align itself with the emergence of VR as a mobile device, and if it intends to be known as the consumer electronics brand that’s most in alignment with VR applications, it “will be seen as a brilliant move,” he told TechNewsWorld.

However, if the VR initiative flops, it “could be seen as a very big mistake because OnePlus could have put far more of its mobile devices in the hands of consumers by simply discounting them,” Chiagouris said.

OnePlus “likely could have put more than 100,000 devices in the hands of consumers with big discounts, and the related word of mouth would have been substantial,” he argued.

Another option would have been to offer a certain number of headsets free and then provide additional units at or slightly above cost, Tirias Research’s McGregor suggested.

One downside to that tactic is that the headset won’t fit all handsets, he pointed out. Also, “not all handsets will provide a quality VR experience, which could turn consumers off on VR and/or the new phone.”

There have been several leaks of the OnePlus 3’s tech specs, although the company hasn’t confirmed the information.

Two versions of the OnePlus 3, which will be released later this year, are reported to be in the works — a 32-GB and a 64-GB smartphone.

Both reportedly will be powered by a Qualcomm Snapdragon 820 and will sport a 5.5-inch screen, a 16-MP rear camera and an 8-MP front camera. The 32-GB version apparently will have 4 GB of RAM, and the 64 GB version 6 GB of RAM.

The phones reportedly will be priced at US$310 and $385, respectively.