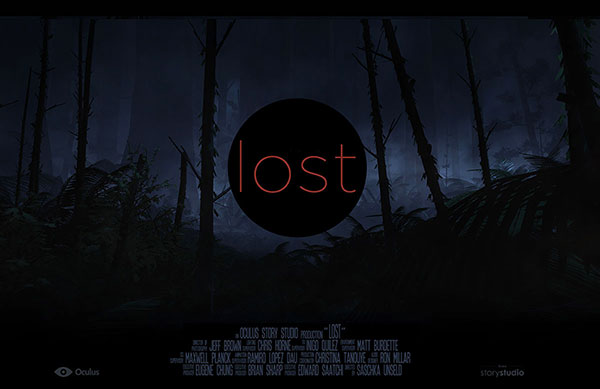 Oculus VR on Monday unveiled a new project at the Sundance Film Festival in Park City, Utah. Oculus Story Studio will produce movies in virtual reality. It presented its first example of the genre on Monday evening — a 4-minute experience called Lost.

Oculus, which was founded in 2012 and quickly raised US$2.4 million via crowdfunding and venture capital, was acquired last year by Facebook for a reported $2.2 billion.

Story Studio currently has about 10 people on its team, including some who previously worked at Pixar Animation Studios and Lucasfilm. At the helm are Creative Director Saschka Unseld and Supervising Technical Director Max Planck, both of whom came from Pixar.

Story Studio reportedly was in the planning stages before Oculus VR was acquired by Facebook.It is dedicated to developing “immersive cinema” that includes real time story-driven VR experiences that let viewers feel as though they’ve stepped inside the story.

Lost, which was directed by Unseld, takes viewers on a journey through a moonlit forest inhabited by an unexpected creature. Developed in the Unreal Engine 4 for Crescent Bay, it combines hand animation with procedural animation, expanding the engine’s cinematic and storytelling toolset.

Oculus VR’s Story Studio is not alone in developing virtual reality movies. At CES, held earlier this month, several companies offered demonstrations that utilized VR. Among them were 21st Century Fox’s presentation for its immersion-based short Wild – The Experience. Demonstrated at CES on Samsung’s Gear VR headsets, it was created as a companion piece to the upcoming Fox Searchlight film Wild.

It appears so far that VR is being developed to complement the traditional movie experience, not replace it.

“Filmmakers have little to worry about, as these platforms are about user creation, user-controlled scenarios,” said Josh Crandall, principal analyst at Netpop Research.

“They are lean-in activities, where films are generally a sit-back and enjoy experience,” he told TechNewsWorld.

Although immersive 3D will open up new dimensions of interactive narrative, it’s likely that the amount of content initially produced for Oculus VR or other 3D platforms will be small.

“WebGL and open source software platforms are also laying the foundation to a VR future,” Crandall explained. “By building the market with widely available, inexpensive hardware … for the masses, and high-end Oculus or HoloLens applications, developers are tackling the technology challenges now that will create markets for content creators later.”

Game On for VR

Given that VR experiences may require the user to don a bulky headset and have access to computer-based hardware and software, gaming — not film — could be the ideal first platform.

“The first applications that will likely appear will be goal-based games and puzzles,” suggested Crandall.

“Simply offering an immersive environment for people to wander around in will hook the early adopters,” he noted.

“Adding social dimensions and, of course, hunger-game survival environments will appeal to more mainstream gamers. High-end commerce applications — including automobiles and real-estate — will also find an audience through these platforms,” Crandall said.

“While we initially looked at Oculus Rift for gaming, it has utility for education,” observed Rob Enderle, principal analyst at the Enderle Group.

It “could make you feel more like you were in the classroom,” he told TechNewsWorld. “It could extend from traditional classroom use to training in the use of equipment, including heavy equipment, allowing you to feel like you are there with the teacher and to see things that a 2D DVD couldn’t show you.”

In order for VR to gain mass appeal, “it needs a few critical things. The most important one perhaps is content,” said Joost van Dreunen, cofounder of Super Data Research.

“Story Studio is a step in that direction, as it will allow Oculus to launch its device in tandem with a bunch of exciting movies and virtual reality experiences,” van Dreunen told TechNewsWorld.

This is a chicken-and-egg scenario. To drive hardware, there needs to be software, but without an installed hardware base, content producers may not want to risk developing for a new medium.

“Folks won’t buy hardware unless there is something compelling to run on it, and this is why the first iteration of something often doesn’t reach commercial success,” noted Enderle.

“This is an effort to create a tool that will allow folks to create content more easily and to help people see what is possible so someone will create the definitive title for this hardware — something that will have people champing at the bit to buy and use one,” he added.

Even the video game developers could be slow to adopt the technology.

“Major game publishers have so far been sheepish about the appeal, arguing that without a minimum installed base that runs into the millions the financial risk of developing for VR is too risky,” said van Dreunen. “So it makes complete sense for Oculus to take the lead as platform developer and ensure that they’ll have something to play or watch on the device when it launches.”