Oculus VR Promises a Rift for All in 2016 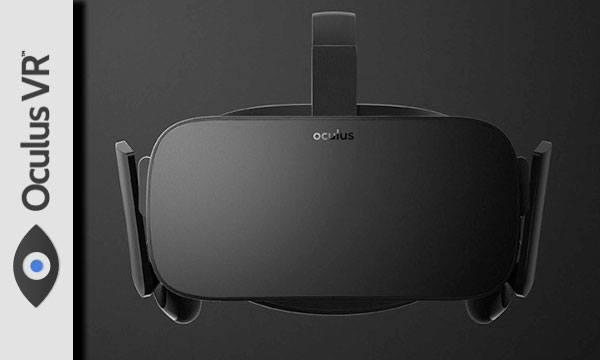 An exact date hasn’t been set, but Facebook’s Oculus VR on Wednesday announced that the highly anticipated consumer version of its virtual reality headset will launch in the first quarter of 2016. Preordering will begin later this year.

More details will emerge about the consumer version of the Rift in the coming weeks, the company said, including information about its hardware specifications, software and unannounced made-for-VR games and experiences.

The consumer version of Rift follows last year’s release of the Crescent Bay prototype, the latest — and most impressive — version offered to developers. Excitement about the headset accelerated as the company marched past latency issues, the “screen door effect” and the 360-degree head-tracking challenge.

Yet with each prototype Oculus VR has released to spur development, the company has urged consumers to be patient.

When Oculus VR talks Rift, it talks VR games. Before being picked up by Facebook about a year ago, the company behind the Rift raised about US$2.4 million on the backs of gamers.

Oculus VR has stressed and reiterated its gaming aspirations — maybe more times than it would have liked — because Facebook’s acquisition of the company threatened to deliver three things core gamers despise: targeted ads, social gaming and freemium games.

The Rift and other VR headsets need the support of gamers, but businesses are sure to get heavily involved.

VR is the next step in advertising, suggested Frank Vertolli, cofounder of Net Conversion, because it allows advertisers to deliver realistic experiences to consumers virtually anywhere.

The use cases are bounded only by the imagination. One of the more compelling use cases is virtual tourism, he noted.

“Oculus Rift is being hailed by some as a major step forward for the industry, and brands are already brainstorming ways to create various immersive travel marketing experiences,” Vertolli told TechNewsWorld.

Power to the Players

Despite the enthusiasm in the gaming community, there’s still a large contingent of gamers who have been unmoved by the promise of VR. 3D TVs, Microsoft’s Kinect, Nintendo’s Virtual Boy and other products that promised a new level of immersion in gaming have been poorly accepted.

With game developer and publisher Valve and partner HTC preparing to launch the Vive VR headset this year, and with Sony prepping its Morpheus, VR has never had more momentum.

This time around, VR really is poised to change the face of gaming and entertainment in general, according to Matthew Cornelius, director of art, media, and technology at the New York Institute of Technology and director of the school’s motion capture studio.

The Rift, with its groundbreaking design, appears to be one of the first major steps in the direction of having fully immersive, virtual worlds, he said.

“That’s why it seems to be able to change things, because of the way it’s designed,” Cornelius told TechNewsWorld. “It’s something you wear, it’s not too cumbersome, and it fits with the current way that people play games and view video — it’s like a low impact change to what people are familiar with.”

While gamers are the most vocal supporters of VR right now, Facebook and Oculus VR have emphasized that the goal is for Rift to transcend gaming.

Even now, the Rift is more than just a gaming accessory, Cornelius said.

To escape from family rooms and move away from computers, virtual reality will have to cut the cord. The fifth generation (5G) wireless standard, still under construction, will drive the evolution of VR by the time the Rift and Vive have grown a generation or so, according to Vincent Roy, senior director of systems engineering at InterDigital.

Current latency in wireless communications range from delays between 10 to 100 milliseconds, he pointed out. 5G will cut that lag down to a single millisecond or less, affording robotics the ability to virtually respond to remote commands in real time, and giving VR the ability to cut its wires without making wearers woozy from the latency.

“It is a big decrease in latency, and it is definitely a major requirement,” Roy told TechNewsWorld, “so the role is critical when you talk about virtual reality. As in so many other fields, being able to do it wirelessly rather than connected to wires is always compelling. So 5G will release all of that potential of virtual reality.”

5G will start to roll out in a few years and arrive in force by 2020, Roy projected.

There’s a long road ahead for both VR and 5G, he said, but 5G will be there for VR after they have both move out of their infancy.