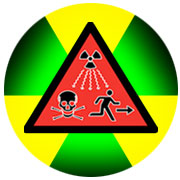 There is no issue more polarizing regarding the subject of nuclear power than nuclear waste and what to do with it.

The United States has 103 nuclear power reactors at 65 plants in 31 states. Thousands of tons of radioactive commercial spent fuel are permanently stored at these reactor sites, the U.S. Government Accountability Office reports — about 74 percent of it in pools of water, with the remainder in dry storage casks.

Part One of this three-part series described a new generation of small modular reactor designs; Part Two examined the economics. The questions now are, can existing nuclear waste be managed safely — and do new, smaller reactors offer any hope in this regard?

“Other countries have demonstrated that the entire nuclear fuel cycle can be safely and economically managed,” Ashley explained. “We are optimistic that the U.S. will also enact policy and regulation that supports management of the nuclear fuel cycle.”

NuScale Power, which was established solely for the deployment and commercialization of Small Modular Reactor technology, does not address the issue of used nuclear fuel, said Mike McGough, the company’s chief commercial officer.

“Like the other proposed SMR designs and all other operating nuclear power plants, we will generate a very small quantity of used nuclear fuel, which can be stored indefinitely and safely at the plant site, as is done today, until such time that recycling is permitted or a permanent repository is established,” McGough told TechNewsWorld.

Others aren’t so sure — particularly about the “safety” part.

“Small Modular Reactor designs will still create tons and tons of radioactive waste for which there is no solution, and never will be,” asserted Ace Hoffman, an anti-nuclear power plant activist and author of The Code Killers: Why DNA and ionizing radiation are a dangerous mix.

“There are several thousand dry casks scattered around the country, just waiting to be breached,” Hoffman told TechNewsWorld. “There are over one hundred spent fuel pools. One percent of this problem would still be a huge problem.

“Nuclear power has failed humanity and continues to do so,” Hoffman added. “There is no such thing as clean nuclear power and never will be. It is physically impossible to make this process safe and clean.”

The Earth’s store of the element uranium was produced in one or more supernovae explosions in the Milky Way galaxy more than 6 billion years ago.

In 1789, the element was identified and named by German chemist Martin Klaproth. The term “uranium” was derived from the name Uranus, the sun’s seventh planet. 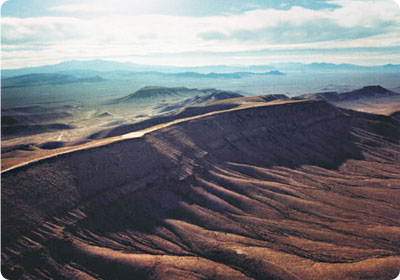 Uranium, the heaviest naturally occurring element on earth, is also the planet’s deadliest metal. Radioactive uranium wastes consist of particles that, if they escape into the environment and enter the human body, can destroy cells and cause birth defects and cancers.

To wit: “Spent nuclear fuel, the used fuel removed from nuclear reactors, is one of the most hazardous substances created by humans,” notes a GAO report from last year.

Given that the United States has no permanent disposal site for the nearly 80,000 tons of spent fuel from U.S. reactors, according to the GAO, that’s a scary problem.

All that deadly waste was intended to go to Yucca Mountain, a volcanic range in Nevada, northwest of Las Vegas.

Until federal funding ended in 2010, the Yucca Mountain Nuclear Waste Repository was to be a deep geological repository storage facility for spent nuclear reactor fuel and other high level radioactive waste.

Unfortunately — or fortunately, depending on your perspective — Yucca Mountain sits on an aquifer and in an earthquake zone, so it has been deemed too dangerous a place to store radioactive waste.

In examining other centralized storage or permanent disposal options, the GAO found that new facilities may take from 15 to 40 years before they are ready to begin accepting spent fuel. This situation will likely more than double the amount of spent fuel stored at nuclear power plants to more than 150,000 tons before it can be moved offsite.

In the meantime, spent nuclear fuel remains onsite at the nuclear power plants where it is generated, collectively accumulating at commercial nuclear reactors an additional 2,200 tons per year.

Even if an alternative to Yucca Mountain were ever opened, though, it would be highly unlikely that deadly radioactive waste would ever be removed from the nuclear power plant sites.

After all, the spent fuel can’t be moved by truck or train — “Mobile Chernobyls” headed down “Fukushima Freeways” — without risking accidents that would permanently destroy huge areas. Since it would require decades of 24/7/365 transport to move the stuff, the odds in favor of even a single devastating accident are very high.

Eventually, all nuclear power plants’ spent fuel rods will be moved over from cooling pools into the dry casks, where they will sit forever. Every 80 or 100 years or so, someone will have to somehow take the highly radioactive, dried-out reactor cores and transfer them to new dry casks.

“Nuclear reactors and the waste stored on the site are effectively pre-deployed nuclear weapons in the event that malicious people decide to blow one up,” notes the Nuclear Information and Resource Service in the No. 1 spot on its “Top 11 Reasons to Oppose Nuclear Power” list.

“Building more reactors simply increases the number of targets, or if added to an existing site, makes that target bigger,” the list explains. “Chernobyl is an example of a reactor being blown up. Until Fukushima, it was the largest single release of radioactivity to date, exceeding all nuclear weapons tests (combined).”

Besides cooling, casking or burying the stuff, the nuclear energy industry thinks it has a possible remedy for dealing with spent fuel: nuclear waste-burning reactors that supposedly could extract large quantities of energy from nuclear waste while eliminating it in the process.

An option for nuclear waste disposal includes converting the plutonium into mixed-oxide fuel, also known as “MOX” — a plutonium-uranium blend for use in conventional nuclear reactors.

Critics, however, worry about the risk of nuclear proliferation that could result from encouraging increased separation of plutonium from spent fuel in the civil nuclear fuel cycle.

GE-Hitachi’s PRISM reactor, on the other hand, offers a different alternative.

Specifically, its PRISM fast reactor uses a completely different design — fueled by plutonium and cooled by liquid sodium — that offers a viable solution, the company says.

Based on a sodium-cooled technology that generates more fissile material than it consumes, PRISM is also part of GE-Hitachi’s Advanced Recycling Center proposition to the U.S. Congress to deal with nuclear waste.

PRISM is a so-called “fast reactor” because it uses liquid sodium, rather than water, to cool the reactor. The sodium allows the neutrons to maintain higher energies and to cause fission in elements such as plutonium more efficiently than water-cooled reactors do.

PRISM incorporates “passive safety” features and, if necessary, can shut down automatically. PRISM would not require any automatic systems, valves or operators to remove reactor heat after a shutdown involving a complete loss of electrical power.

The PRISM reactor purportedly disposes of a great majority of the plutonium itself, as opposed to simply reusing it over again without ever actually ridding the planet of the substance.

“MOX fuel has been tried and abandoned lots of times,” he said. “That GE-Hitachi ‘fast’ reactor will be beset with problems, including generating more radioactive trash, because that’s what you get when you split atoms for energy.”

Lethal to the Human Soft Machine

Why is spent fuel so dangerous?

Certain changes take place in the ceramic U-235 fuel pellets during their time in the reactor of the nuclear power plant. The particles left over after the atom has split are radioactive.

During the life of the fuel, these radioactive particles collect within the fuel pellets. The fuel remains in the reactor until trapped fission fragments begin to reduce the efficiency of the chain reaction.

This material is called “high level waste” because it is extremely hot, very radioactive and very deadly.

Radioactive elements can contaminate the body’s cells either environmentally via gamma radiation or through inhalation and ingestion. It affects the chromosomes within tissue cells, but the injury to the body is caused primarily by interfering with cell biology and breaking apart molecules.

By far, the most vulnerable tissues are bone marrow and the lymph nodes. The body has very efficient mechanisms for capturing iodine and concentrating it in the thyroid gland, for directing calcium and other bone-seeking elements to the skeleton and holding them there, and for concentrating other elements at specific points.

Consequently, the full destructive force of a radioactive material may focus on a single organ.

Iodine-131 poses a special health risk because of its cancer-causing effect on the thyroid gland. Strontium-90 is a “bone seeker” that exhibits biochemical behavior similar to calcium. Cesium-137, on the other hand, mimics potassium and is absorbed through the walls of the intestine into the bloodstream or lymphatic system.

“Radiation damages our DNA and leads to cancer and many other ailments,” explained Hoffman.

“Banning the bomb isn’t enough — and we haven’t even done that yet,” he concluded. “We need to ban the reactors, too. None of their safety designs are of much use against any truly destructive forces that might come along, be it terrorists, rust, human error, asteroid impacts, solar storms, war or Mother Nature.”

Ned Madden is a California-based marketing professional and journalist who writes about technology and business-related topics.