Now Netflix Members Can Pick Which Friends Can See Their Picks 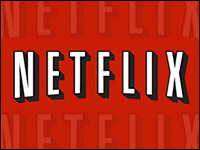 Recommending movies and TV shows you’ve watched on Netflix to individual Facebook friends just got easier. The company on Tuesday launched a new social recommendation feature that lets users pick and choose the contacts they’d like to interact with after viewing a video.

Netflix previously allowed its members to recommend what they’d watched to their Facebook friends, but only by broadcasting their viewing choices to all of them at the same time. So if you linked your Netflix and Facebook accounts, your recommendations would appear, along with others, in a row on a Netflix home page identified as “recommendations from Facebook friends.”

Now your recommendations can be tailored to individual friends.

“The problem with most of us on Facebook is that the people we’re friends with there are a combination of school friends we haven’t seen for 20 years, family members, people from our workplace, people we’re close to, and people we’re not close to — so the scattershot approach to sharing doesn’t work that well when you’re recommending stuff,” he observed.

“This is a good way to narrow down that range a bit,” Dawson added.

With the new recommendation feature, when the credits begin to roll at the end of a movie or TV show, subscribers who have linked their Netflix and Facebook accounts will be able to access a list of their social network friends.The list is initially sorted using a Facebook algorithm that places friends it deems most important to you at the top of the queue. As you continue to use the feature, though, it learns to whom you’re most often making recommendations, and it will move those persons to the top of the list.

If you make recommendations to Netflix subscribers, then the next time they log in, they’ll see your picks along with Netflix’s recommendations at the top of their home pages.

Any friend you’ve made a recommendation to who isn’t a Netflix member will receive the good word about what you watched as a private message in Facebook Messenger.

Recommendations can be made only after something has been viewed, so as to cut down on the opportunities for spammers to use the feature to deluge Facebook members.

“What this does is give people more choice in how they recommend what they actually watch,” Cliff Edwards, Netflix’s director of corporate communication and technology, told TechNewsWorld.

Netflix members have been reluctant to link their accounts with Facebook in the past, Edwards acknowledged.

“The majority of our U.S. consumers were a little leery about connecting through Facebook. There was some concern about whether you were spamming your friends,” he said.

“It wasn’t clear what the benefit was to them,” Edwards continued. “This new iteration offers a clear and easy-to-understand benefit to people.”

One of those benefits could be the discovery of lesser known works of entertainment.

“As we’ve seen with all forms of entertainment, a lot of what people watch or listen to is what their friends and relatives recommend by word of mouth,” Edwards explained.

“One of the things missing from streaming media is the ‘water cooler’ discussion you get with traditional television,” he added. “This is sort of recreating that water cooler effect.”

In social media circles today, there’s lots of buzz about engagement — increasing the time someone interacts with a site.

Netflix’s changes in how it handles Facebook recommendations could increase engagement among its users, suggested Brian Blau, a research director at Gartner.

“What they had before compared to what they have now may reach fewer people,” he told TechNewsWorld, “but the changes make what people are saying more authentic. If that’s the case, the recommendations will mean more to the people seeing them.”

Companies like Facebook and Netflix want to give their users products that better match their offline lives with their online lives, Blau noted. “If a product does that, then your online actions will seem more authentic, and people will engage with them more.”