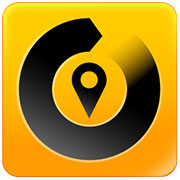 Norton Anti-Theft Plugin is available at the Android Market as a free add-on to Norton Security products or at a subscription price of US$29.95 per year. Believe it or not, antivirus software makers are now pitching solutions for our smartphones. Do you believe the hype? Statistics floating around the sea of press releases from antivirus merchants proclaim the end of innocence for our lovable little Android. He’s grown up.

The amount of malware aimed at the green-iconed devices jumped almost 37 percent since last quarter, McAfee proclaimed, noting that virtually all new mobile malware in the third quarter was being shot at Android.

While looking around for some protection, I came across the intriguing Norton Anti-Theft Plugin for Android, which I decided to check out.

In Search of the Right Norton

I entered “Norton” as a search term in the Android Market on my PC and was presented with five possible apps to send to the Andoid device. They included Norton Security and Antivirus; Mobile Utilities and Task Killer; Norton Snap QR Code Reader; the Norton Anti-Theft Plugin; and Norton Online Family.

Welcome to the wonderful world of Symantec product labeling.

This first, ambiguous labeling step reminded me of a time Symantec interviewed me for a job back in the 90s. My early Web design sensibilities were similar to the company’s — lots of white and yellow.

Following a lot of talk, I thought I had the gig, but the headhunter asked me if I had any end-of interview remarks. I couldn’t resist launching into a diatribe on what a nightmare Symantec products were to install — and worse, to get rid of.

Forget Windows Uninstaller in those days — you had to run scripts to get rid of the stuff. Anyway, I didn’t get the gig. My recruiter said it was because I was too expensive. I think I know the real reason.

It was with some trepidation that I arbitrarily chose Norton Security and Antivirus and Norton Anti-Theft Plugin. I’d pick two out of the five products and hopefully Symantec had fixed the uninstall functions over the last 10 or so years and I’d be able to junk them if I so chose down the road.

The two apps dutifully installed on my current Sprint Motorola Photon, and after clicking on the Norton Anti-Theft Plugin, I was reprimanded by the Symantec UI for choosing the wrong app — apparently you have to choose Norton Security.

I clicked on the “Anti Malware” tab within Norton Security and then, with great excitement, chose “Scan Now.” With bated breath, I waited for the scan to complete, wondering what crippling, mean-spirited trojans and scripts the investigation would uncover, and whether my life would be forever compromised by some spotty kid with too much time on his hands.

However, after two seconds I was presented with the deflated dialog: “Scan Completed: No Malware or Spyware was found.” How boring. The phone was clean.

Next up, the intriguing Norton Anti-Theft Plugin. Hopefully, this would entertain me a bit more. After exploring a little, somehow I got directed to an Android Market subscription page where I was given the opportunity to buy a $29.95 Norton subscription for some unknown benefit — was this not the kind of thing I wanted protection from?

I was prompted to set up a password that would allow me to send an SMS text message to lock the device if it got lost. Now this was looking like more fun. I resisted the urge to choose a password longer than the 160 characters allowed by the technology. I then specified a trusted buddy who would be able to unlock the phone from her device if I were ever to forget the password I’d set.

As I fiddled around for a bit, it became clear that these two apps wanted me to upgrade to a $29.95 annual plan for more varied controls, including the ability to wipe, locate, make a loud noise called “Scream,” call block and SMS block if the phone got stolen.

I felt a little bamboozled. I had installed the apps and had been give no indication whatsoever that they were anything but free, yet doing anything other than locking by SMS was going to cost me thirty bucks a year. If you factor in the life of a phone — say two years. Is sixty bucks worth it? I’ll leave you to decide.