Nintendo to Roll Out Marquee Titles for Switch 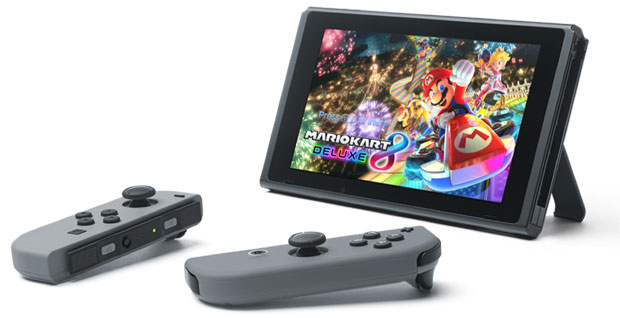 Nintendo on Thursday revealed its upcoming Switch games for 2018 via a Nintendo Direct Mini video. Riding high after its major comeback last year, Nintendo announced a number of game titles that will be released in the first half of the year, including Mario Tennis Aces, Dark Souls, Donkey Kong Country and Kirby Star Allies, as well as a new mode for the hit Super Mario Odyssey.

The Switch, which debuted worldwide early last year, has been Nintendo’s fastest-selling console system of all time. Nearly 5 million units were sold in the United States in 2017. Nintendo last month revised its sales estimates for first year targets from 10 million to 14 million.

One of the Switch’s main attractions is that it is a compact system that can be played at home or on the go. Importantly, the system launched with a strong lineup of titles. The releases last fall of Super Mario Odyssey and The Legend of Zelda: Breath of the Wild, further spurred demand.

This week’s announcement is really just a teaser for what is yet to come. Gamers will have to wait a while for more details to emerge about the upcoming titles.

“Nintendo’s Direct Mini was just that — a mini conference to tide people over, as we go into the year,” said Steve Bailey, senior analyst for games at IHS Markit.

“It’s not going to be representative of the company’s full-year plans for the Switch, especially given the nature of the titles revealed,” he told TechNewsWorld.

It was very much a service for the Nintendo faithful and established gamers, Bailey added.

One other factor could be at play given the timing, suggested Lewis Ward, IDC research director for gaming.

“A lot of companies got a lot of press coming out of CES this week, and Nintendo wanted to get its name back in the headlines,” he told TechNewsWorld. “This was a way to do it.”

Nintendo’s success with the Switch can be credited in part to the popularity of Mario and Zelda’s signature character Link.

The new Mario and Zelda games “were the AAA ‘tentpole’ titles that helped move hardware, and are obviously the type of games that helps ease buying the decision for hardware,” Ward explained.

Nintendo’s 2018 lineup may not be quite as strong as those AAA titles, however, and some of the games already have been released either for the Wii U or on other platforms.

“None of the titles are as impressive as Super Mario Odyssey or Breath of the Wild,” said Ward.

“In the case of Donkey Kong Country: Tropical Freeze, it was already released on the Wii U,” he pointed out.

“What we are seeing is that Nintendo made a profound investment in some of these games for the Wii U and they didn’t meet expectations, so the company is hoping it will do a better job of monetizing the investment by releasing the games on the Switch,” Ward said.

Whether any of the titles announced for the first half of 2018 really are enough of a recipe for success is just part of the equation for Nintendo this year.

“The Switch’s success rests on some first-party franchise games of fantastic quality, improved relations with third-parties, and a well-executed vision for creating a platform that straddles TV and handheld gaming,” noted IHS Markit’s Bailey.

“We’ve seen attempts by other manufacturers to explore such a space, but Nintendo’s the first to bring a specialist extent of focus and commitment to such a hardware proposition,” he added.

For example, “how will its paid online service pan out?” he wondered. “How will it leverage its enormous back-catalog of games? What will be the pillar titles on a par with Super Mario Odyssey and Zelda: Breath of the Wild? And how does it plan to position messaging around the console in order to broaden its audience?”

How these issues will be resolved will fall largely into the wait-and-see category, but as the Switch appears to have strong third-party support, 2018 could be another banner year for Nintendo’s hit console.

“This is further proof that Nintendo has momentum coming into 2018,” said Ward. “Nintendo is definitely back.”