Nintendo Switches It Up 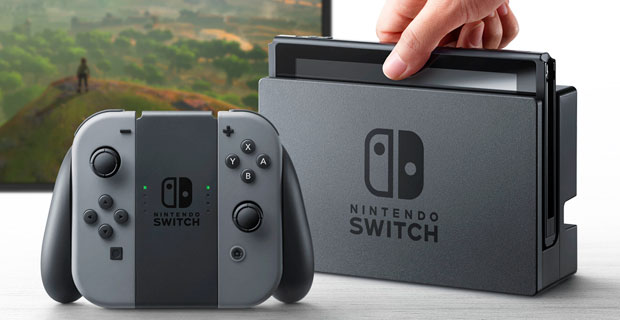 After months of speculation and buildup, Nintendo on Thursday officially unveiled its new gaming system, the Nintendo Switch. Previously known only by the codename “NX,” rumors about this latest video game console began last year with a hint from Satoru Iwata, the company’s late president.

At the time Iwata suggested only that Nintendo was working on a new video game system, and few details have leaked since then.

The Switch is Nintendo’s first home gaming system since it launched the Wii U in 2012. That system is widely regarded as a disappointment — Nintendo has sold just under 62 million units worldwide. That compares to the sale of more than 101 million units of its predecessor, the Nintendo Wii, since its release in 2006.

The Switch is not Nintendo’s first comeback effort, however. Wii sales were nearly five times greater than the number of Nintendo GameCube units sold since its release in 2001.

This time around the video game publisher/developer community already has thrown early support behind the new system. Nintendo has announced more than 40 third-party partners for the Switch, including notable publishers such as Activision, Bandai Namco, Electronic Arts, Take-Two Interactive Software and Ubisoft.

The system is scheduled for a March release, but pricing has not been released.

The Nintendo Switch could sell 2.85 million units globally in 2017 if launched by the end of March, IHS has forecast.

Mobile gaming is a key feature for the Nintendo Switch, which isn’t surprising, given that Pokmon Go was such a big hit this summer. Nintendo has reaped only a small portion of the rewards, however, due to the fact that it is a minority owner of The Pokmon Company and its properties.

Still, its success could represent writing on the wall in regard to the power of mobile gaming.

The Switch mobile gaming system actually rests in the Nintendo Switch Dock, which connects the unit to a TV for traditional living room-based gaming. When lifted from the dock, the Switch can transition to portable mode, allowing the user to enjoy all the same games on the tablet-like device.

The Switch features a bright high-definition display and unique Joy-Con controllers that split in half for placement on each side of the Switch. Two players can utilize the Switch Pro Controllers for traditional multiplayer gameplay on either the Switch’s display or on a TV. Multiple Switch consoles can be linked together for local multiplayer competition.

“Nintendo Switch allows gamers the freedom to play however they like,” said Reggie Fils-Aime, president of Nintendo of America.

“It gives game developers new abilities to bring their creative visions to life by opening up the concept of gaming without boundaries,” he added.

Mobile does seem to be a crucial part of Nintendo’s strategy with the Switch — yet the company is still very much handling game sales via a business-as-usual strategy.

“Nintendo’s hybrid Switch console strategy is an attempt to mitigate against smartphone and tablet gaming, which have severely disrupted its traditional business — especially in the handheld gaming space,” said Piers Harding-Rolls, director and head of games research at IHS Markit.

“It would appear that with the Switch announcement Nintendo has confirmed the conflation of its separate handheld and TV console offerings,” he told TechNewsWorld.

“It now seeks to get in front of it by offering a combined experience that builds on the seamlessness of in-home gaming using a tablet, but still relies on the sale of cartridges,” he added.

“The big question marks for the Switch are its battery life and online connectivity,” van Dreunen told TechNewsWorld.

What is also notable is that Nintendo is targeting the Switch at the younger segment of the gaming audience, clearly moving even further away from the older hardcore gaming market.

“Interestingly, the Switch reveal trailer was squarely targeted at young adults, which suggests that Nintendo is refocusing its early marketing on more traditional console buyers, but those that also increasingly like gaming on the move,” said IHS Markit’s Harding-Rolls.

However, “to build success with these buyers, the offering must include third-party titles that are supported on other platforms,” he emphasized.

The platform appears to be uniquely geared toward preteens and teenagers, noted van Dreunen.

“While the device seems much less like a toy than we’re used to from Nintendo, its features — like backseat multiplayer and the ability to have several people play using a single piece of the controller — target Nintendo’s traditional audience,” he explained.

Pokmon Go proved that young and old alike now are willing — at least with the right game — to move away from the big screen display. The Switch could play into that rather well.

“The concept of an all-in-one home and mobile gaming device is now more realistic, due to the power available to device manufacturers from the likes of GPU company Nvidia — but this has been tried before in the tablet space and with limited impact,” said IHS Markit’s Harding-Rolls.

“Crucially, Nintendo has access to a broad portfolio of compelling franchises, which gives it an immediate head start against a third-party trying the same strategy,” he added. “However, the use cases and usability must be convincing, and that remains to be seen with the Switch.”

The success of the Switch could be dependent not only on factors like unit cost and hardware usability, but also on the availability of compelling games to play.

“While Nintendo’s first-party franchises are very strong,” said Harding-Rolls, “it will need to secure strong third-party support to convince its target audience to buy into the platform.”