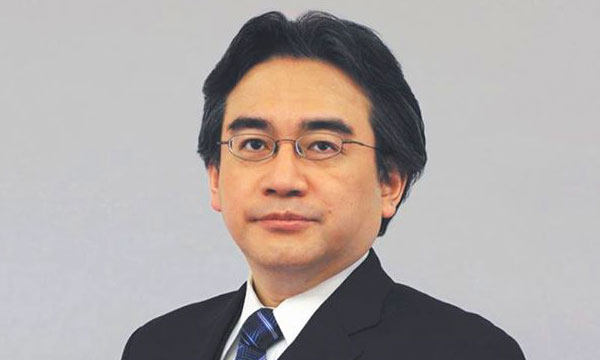 After more than a decade of shaping fan-forward Nintendo philosophies, President Satoru Iwata died Saturday at the age of 55. Iwata had been struggling with cancer for about a year.

The one-time programmer and long-time video game enthusiast worked his way through the ranks of Nintendo until there were no more promotions left. He succeeded Hiroshi Yamauchi in 2002, which made him the first Nintendo president who wasn’t a member of the Yamauchi family.

While the games haven’t exactly poured through the pipes this year, Nintendo seems to have made a rather solid case for its survival in a console generation that could be the last. That’s at risk now.

Iwata only recently acceded to calls — from individuals both financially and emotionally invested in Nintendo — to develop a strategy for mobile device users. He had been holding out, arguing that allowing mobile game developers access to Nintendo’s intellectual property would devalue its handheld consoles.

About a calendar quarter into 2015, Iwata announced that Nintendo had partnered with mobile game developer and distributor DeNA to give fans and investors what they wanted: beloved Nintendo characters on tablets and smartphones.

“The DeNA project is in its infancy and will need commitment,” she told TechNewsWorld. “Mobile gaming is such a good fit for so much of Nintendo’s IP that whether it is this partnership or some other method, Nintendo will only benefit from getting its content into the mobile gaming channel.”

Rest Forever Here in Our Hearts

Of the many successes bearing Iwata’s signature at Nintendo, none stand out more than the Wii and the DS.

The success of the Wii speaks for itself, said Joost van Dreunen, CEO of SuperData. The original groundbreaking console launched in 2006, and Nintendo has shipped more than 100 million Wii units to consumers.

The Nintendo DS has carried the company for quarters on end, affording the game maker time to develop new hardware and software.

While Sony and Microsoft swapped talking points about graphical fidelity, Iwata laid out a bold strategy that focus on making games accessible to core and casual gamers alike.

“When Microsoft or Sony want to show off a console, they pull out games like Halo 5 or Destiny,” IHS’ Arrington said. “Amid the pressure to push towards that type of gaming model, Mr. Iwata held on to the vision of Nintendo as a company that made games for everyone. His successes were huge when it worked — like the DS series and Wii.”

Iwata once said he was all about making video games, but he was even more about playing games. His passion for gaming was unquestionable, but he also demonstrated deep affection for the Nintendo staff who shared that passion and worked with him toward achieving the company’s vision.

“On a personal note, I think it speaks volumes about the character of the man when he took a pay cut to protect his employees,” SuperData’s van Druenen told TechNewsWorld.

With Iwata’s life cut short by cancer, the question of his successor has emerged.

“In the short term, I don’t foresee any changes,” said van Druenen. “In the long term, however, it is always an adjustment for any company when such a strong figure passes away. Even so, I expect the strength of his legacy to set both the tone and direction for whoever leads Nintendo next.”

Nintendo likely will seek to replace Iwata with a senior director inside of the company, instead of recruiting an external candidate to fill Iwata’s shoes, said Mike Schramm, manager of qualitative insights at EEDAR.

“The change likely won’t affect the company’s success directly, as Nintendo’s games and consoles continue to do well for their audiences, and new initiatives like Amiibo and the upcoming NX console show a lot of promise,” he told TechNewsWorld.

“Nintendo will likely continue to move towards the mobile market as well, though those moves will be careful and well-considered,” Schramm said.

Whoever the new CEO may be, the company may be in for significant changes — but the culture Iwata created likely will ensure that Nintendo retain its charm and accessibility for some time to come.

“A lot of the things that Iwata championed — fun, imagination, innovative experiences, accessible gameplay — are definitely embedded in Nintendo’s culture,” observed Schramm, “but there’s also room in the company for the next leader to approach those elements in a different way.”