Next Apple Watch Will Be More ‘S’ Than 2 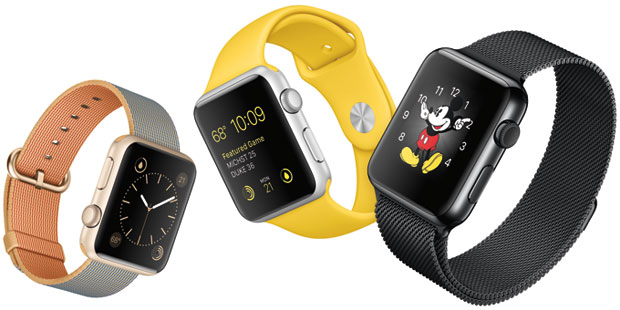 Most of the changes in the next version of the Apple Watch will be on the inside and not the outside of the case, according to an investors note issued Monday by Ming-Chi Kuo of KGI Securities.

While he was short on details about what the internal changes for the watch might be, the analyst’s comments are consistent with rumors circulating last summer that the design of the next version of Apple’s wrist computer would remain essentially unchanged, with some improvements in battery life and its display’s outdoor visibility, according to AppleInsider, which obtained the note.

“Apple may want to go with the more incremental approach for now so first-generation buyers don’t feel totally left out,” he told TechNewsWorld.

“Watches aren’t like phones and PCs,” O’Donnell said. “You don’t upgrade your watch every year.”

Apple fans who do want to upgrade or buy a new watch this year most likely will have to wait until September to do so, as Kuo says production won’t start until the third quarter.

On the other hand, the watch is a new enough product that it need not be locked into the upgrade patterns of the iPhone and iPad, observed Ross Rubin, senior director for industry analysis atApp Annie.

“There could be some significant changes to the watch’s industrial design happening with the first major upgrade,” he told TechNewsWorld.

Users would welcome standalone GPS capabilities. “Then you could use your watch to know where you are on your runs and not have to use your phone,” O’Donnell said.

More sensors also would be valuable additions to a new Apple Watch. “There are all kinds of interesting sensors out there,” he noted. “There are blood-pulse oximeters, glucose-related things for blood-sugar levels, and other health-related sensors.”

“There’s a need for the watch to perform standalone tasks, tasks that can be done without being tethered to a smartphone, and there’s a desire for more compelling gotta-have features and functions,” he told TechNewsWorld.

“Apple’s greatest successes — the iPod and iPhone — essentially reimagined and rejuvenated product categories that already existed but were stuck in the doldrums,” King noted.

That may be why Apple Watch shipments have been modest. Kuo predicted a decline in watch shipments this year, to 7.5 million units shipped from 10.6 million in 2015, AppleInsider reported.

“Absent dynamic new features or functions, I believe that slowing or declining sales of the Apple Watch are likely,” King said.

However, it is “incredibly unlikely” that the watch would ship fewer units in 2016 than in 2015, maintained Daniel Matte, an analyst withCanalys. Twelve million units shipped last year, he estimated, not the 10.6 million Kuo reported.

“We think the first version of the Apple Watch got quite a few things right,” but “future versions will be much more polished products,” he told TechNewsWorld.

“We remain quite bullish and think that smartwatches are the next big category in consumer electronics following tablets,” Matte added.

Apple may just be starting to get the hang of the smartwatch market.

“I believe that we will see continued segmentation with Apple bringing out different models at different price points with specific use cases in mind,” said Patrick Moorhead, principal analyst with Moor Insights & Strategy.

“I would expect an entry-level fitness solution and also a very high-end version. I would also expect a larger version that is more luxurious and can do everything your phone can do,” he told TechNewsWorld.

“Years down the road,” Moorhead added, “I would also expect medical, entertainment and gaming, and commercial versions for the information worker.”