Newegg, Norma and the Case of the Squealing Linux PC 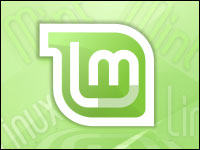 With all the recurring debates and “year of” discussions that tend to take place on a regular basis here in the Linux blogosphere, it’s hard not to suffer frequent pangs of deja vu even on the best of days.

Last week, however, was not the best of weeks, at least not for one Linux user by the name of Norma, who had an experience eerily reminiscent of one Linux Girl remembers writing about back in 2010.

In this case, it was Newegg rather than Best Buy playing the role of villain, but in both cases the offense was the same: refusing to accept a returned PC because Linux had been installed.

“The system appeared to work properly and had no issues with the Linux Mint 13 install placed on it for 2 days,” Norma explained in The Consumerist.

However, “on the third day of use a loud coil squeal/chirp became apparent, becoming louder when it was running on battery power,” Norma added. “Within hours the wireless chipset failed and refused to connect, the display began glitching with horizontal lines appearing through it, and it became unresponsive.”

The *real* problem didn’t arise, though, until Norma tried to return the device to Newegg, which promptly denied her request. “System has been modified/altered original manufacturers operating system has been removed, this voids Newegg warranty,” the denial read.

Egg on Its Face

Are there even words to describe the outrageousness of such a move?

Actually, here in the Linux blogosphere, words are never in short supply — particularly when they’re needed to defend our favorite operating system.

So choice were the words Linux fans found and hurled at Newegg, in fact, that it ultimately thought better of its earlier decision and accepted Norma’s return after all — but not before bloggers had a chance to have their say.

“I wonder if you bought a laptop with Vista on it and then upgraded to Win7 would that also be covered by ‘original manufacturer’s operating system has been removed,'” mused blogger cpu6502 among the 500-plus comments on Slashdot, for example.

“Newegg would probably deny it too,” cpu6502 added.

Then again: “It’s a well known fact that most portable versions of Windows ship with ‘SQUEALLIKEAPIG.DLL’ and ‘HORIZONTALLINESONTHELCD.DLL’, so you should never assume that those are obvious hardware failures,” Minwee chimed in.

Down at the Linux blogosphere’s seedy Broken Windows Lounge, similar thoughts and more could be heard.

“I can’t imagine the logic behind the original decision,” exclaimed consultant and Slashdot blogger Gerhard Mack, for example. “Even if the computer arrived running windows, their first step should have been to restore it to factory default to make sure the software is in a known state.”

Of course, “companies will look for any excuse not to give a refund or take a return,” noted Chris Travers, a Slashdot blogger who works on the LedgerSMB project.

“Linux users are a small minority, so they appear vulnerable,” Travers added. “However I think that Newegg found they had miscalculated here. Hopefully they don’t do the same again.”

The problem arises in part when companies emphasize cutting costs “rather than thinking about building a positive consumer image,” he explained, “and it’s also why those who specialize in higher volume and lower prices have have more trouble here.

“As long as returns are not a huge problem, it makes sense to always resolve ambiguity in the terms in the customer’s favor,” Travers concluded. “It encourages customer loyalty.”

‘An Excuse to Void the Warranty’

“I will cut Newegg a little slack since they corrected the problem fairly quickly,” O’Brien told Linux Girl. “But I know there are other sellers doing the same thing and using a Linux install as an excuse to void the warranty.

“What I don’t know for sure is whether they have anything against Linux per se, or just love an excuse to get out of their warranty responsibilities,” O’Brien added.

‘The Wrong Call, and a Stupid Call’

“I just can’t manage to get myself worked up over this one,” Linux Rants said.

“If I actually believed that it was corporate policy to consider a Linux installation synonymous with actually breaking the computer, I’d be upset,” he explained. “As it is, I think this was a call made by one individual. It was the wrong call, and a stupid call, but it wasn’t malicious.”

Newegg did correct the situation and apologize as soon as it became aware of the incident, Linux Rants pointed out.

Now, “Newegg just needs to make sure that this kind of mistake is not made again. Ever,” he concluded. “As long as there are no similar incidents in the future, I have no issues with Newegg.”

‘Linux Power Management Is Not as Good’

Roberto Lim, a lawyer and blogger on Mobile Raptor, saw it differently.

“Multiple failures are the hallmark of overheating,” Lim told Linux Girl, and “it is no secret that Linux power management is not as good as Windows and Mac OS. This means the system is consuming a little more power and hence running a little hotter.”

So, “rather than make this an issue about Newegg being anti-Linux, this should serve as a learning experience,” Lim suggested.

“Why not select a distro which tests its operating system on different hardware configurations and select a laptop certified to work with it?” he explained.

Even better, “support small hardware vendors like Ohava, System76, ZaReason and several others that sell laptops with Linux pre-loaded, and convince more vendors to pre-load Linux,” he added.

In any case, “I do think an operating system being replaced is a good enough reason to void a warranty,” Lim concluded. “Next will be asking Android manufacturers to RMA devices installed with custom Android ROMs or other operating systems installed.”

Indeed, “why does the FOSS community complain about the so-called ‘Windows tax’ if all they are gonna do is ignore Linux retailers like System76 so they can get the cheaper Windows version?” Slashdot blogger hairyfeet mused.

“They have NO way of knowing whether a bad Linux driver caused the damage or not because that unit hasn’t been tested for Linux,” he said. “If you want Linux then you should BUY units that come with Linux, period.

“While I’m glad they got their money back, frankly I’m sure you would have gotten the same answer if they tried to send back a Win 7 laptop with XP installed on it,” hairyfeet concluded. “Unsupported OS is unsupported OS.”

‘I Hope They Will Offer More Choice’

Last but not least, blogger Robert Pogson called on Newegg itself to offer Linux as a pre-installed option.

“Newegg sees the benefit of not offending customers,” he pointed out.

“I hope in the future they will offer more choice like including GNU/Linux,” Pogson suggested. That way, “customers don’t have to compromise by buying a unit with that other OS and installing GNU/Linux.”