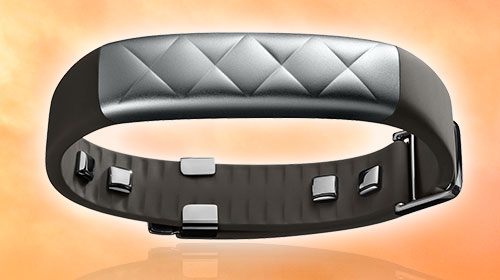 Jawbone on Wednesday announced two new fitness trackers: the high-end Up3 wristband and the entry-level Up Move clip device.

Using a multisensor platform, the US$179.99 Up3 captures detailed information about the wearer’s heart rate, sleep stages and physical activity over the course of the day. It also connects with the Up App to deliver Smart Coach, an intelligent system that tracks the user’s progress and offers personalized fitness guidance.

With up to seven days of battery life and water resistance up to 10 meters, the Up3 features a low-profile design that can be accessorized with jewelry or watches.

The $49.99 Up Move clip-on tracks steps, exercise and calories burned while also capturing detailed information about the wearer’s sleep. Like the Up3, it offers the Up App’s Smart Coach advice functionality.

Up Move is available in five colors with corresponding clips; colorful, hypoallergenic wrist straps are available in two widths for $14.99. A replaceable battery lasts up to six months.

“If you take all the health and fitness trackers out there, they do an awesome job of telling you about your past — steps taken, calories burned, that sort of thing,” said Ramon Llamas, a research manager for mobile phones and smartphones at IDC.

“These are all important things, but very few do a good job of saying, ‘based on what we know about you, here’s what we prescribe for you to do,'” Llamas told TechNewsWorld. “Jawbone is one of those very few that excel at health and fitness tracking.”

Other successful contenders include Intel’s Basis and — just recently — Microsoft, he opined.

The move toward prescriptive functionality is a good one, Llamas said, because humans tend to be lazy by nature.

“We need actionable and tactical advice — not just how many steps we are away from our walking goal,” he explained. “That means nothing.”

On the other hand, “there’s gold there” for contenders that can give users “something concrete to strive for and clear guidelines,” Llamas said.

Jawbone’s two-pronged strategy of offering two targeted devices is a smart move, Llamas said. “For Jawbone to remain viable, it has got to branch out. To reach more people, you’ve got to go less expensive and offer a very simple design.”

Particularly worth noting in light of the Apple Watch due next year is Jawbone’s decision not to shy away from the iOS platform, he added. “That says to me this company believes it can stand tall alongside Apple in the face of the onslaught that is the Apple Watch.”

Regardless of the platform, selling fitness trackers to consumers requires not only highlighting key technological features, “but also using carefully crafted marketing messages to motivate consumers, awaken their needs and deliver on promises,” said Harry Wang, director of health and mobile product research at Parks Associates.

“A long-term success depends on user experience and user appreciation of the positive changes that technology can bring to them,” Wang told TechNewsWorld.

Jawbone’s software strategy “has been on point in recent months, with significant developer community engagement and partner activity among the company’s strong suits,” said Ryan Martin, an analyst for the Internet of Things and wearable technologies at 451 Research.

“For hardware, the Up24 has been competitive with most other wearables in the activity/fitness tracking category, and both the Up Move and the Up3, which builds upon the capabilities of the Up24, are consistent with Jawbone’s productization efforts — particularly as they pertain to leveraging wearables to enable IoT applications,” Martin told TechNewsWorld.

Taken together, “the collective qualities of Jawbone’s new devices should provide a channel for the company to further segment its addressable audience,” he added.

Alleviating pain points — through waterproofing, interoperability and automation, for example — and offering “a gateway device for consumers to commit to the Up ecosystem are just a couple examples playing in Jawbone’s favor,” Martin pointed out.

Of course, with the volume of available wearable trackers increasing “at a blistering pace, it also isn’t much of a surprise to see device-level innovations taken in stride,” he noted. “Still, at the end of the day this all may just be a footnote to a bigger story about software, services and big data/analytics.”