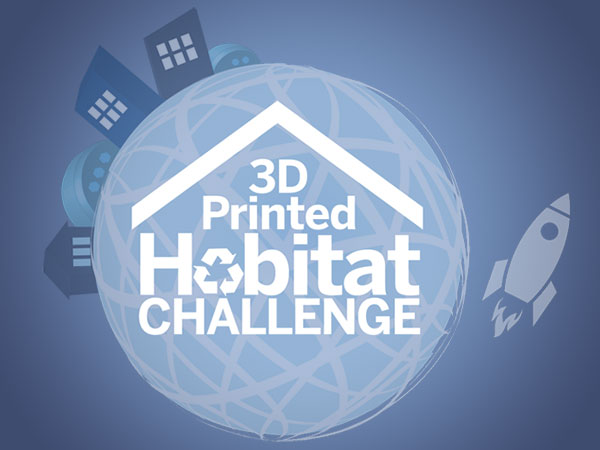 NASA and America Makes have challenged innovators in the additive construction market to design a habitat for deep space exploration for the first stage of the competition and to fabricate such facilities in the second phase.

The organizations will award a $50,000 prize and a pair of US$1.1 million purses for the winners of the multistage challenge. Registration opened for phase one on Saturday, and the second stage will launch on September 27.

Entrants have been challenged to design a 3D-printable habitat for the first phase of the competition, and the team that wins that level will be awarded $50,000.

The second stage of the contest challenges teams to a) develop fabrication technologies; and b) build a 3D-printed habitat, using “indigenous” material with or without recycled materials. The winners of the two levels each will be awarded $1.1 million.

NASA has encouraged entrants to “think outside the box,” so the organization expects the teams to get creative in approaches and to leverage advanced technologies to realize their designs, emphasized Janet L. Anderson, a spokesperson for NASA’s Marshall Space Flight Center. Teams can compete in any level and won’t be negatively impacted for focusing on one.

“Teams may perhaps develop a way to use heat to fuse materials, or use a chemical reaction to solidify a slurry material,” Anderson told TechNewsWorld. “Any of these groundbreaking technologies could win the 3D-Printed Habitat Challenge, and go on to be a game changer for future NASA missions or commercial ventures.”

“The challenge addresses the first major hurdle for printing a habitat, and hopefully spurs advancements in the material and systems capable of producing a habitat from indigenous and recycled materials,” she added. “Successful solutions may offer tertiary capabilities for sealing and pressuring the living space.”

“Why carry spare parts when files can be uploaded from Earth and printed?” he asked.

NASA may make use of some design or design philosophy that emerges from this challenge, but the entrants aren’t the only ones who have incentives to design and fabricate 3D-printed facilities for use in deep space.

Commercial spaceflight companies — like SpaceX and Blue Origin — have monetary motivations prompting them to look at the next level.

That next level is fabricating terrestrial facilities elsewhere in the solar system, according to Kevin Krewell, principal analyst at Tirias Research.

To move to the next level, NASA will need the support of the public, he observed. One of the big challenges NASA has faced has been making sure the public has been engaged in the space program in general.

“It seems they’ve done an excellent job with the probes and the rovers in creating social media accounts to engage the wider public,” Krewell told TechNewsWorld, “but NASA is still pushing very hard for a manned program. So how do you keep people interested in a manned program that’s still a ways off?”

NASA’s 3D-printing challenges could be an effective approach in stoking interest. At the very least, it shows that the agency is still attempting to think beyond what we believe is possible, Peasgood told TechNewsWorld.

“NASA seeks to engage our youth to make this vision a reality,” he said. “By engaging and partnering with the most creative and persistent minds on Earth — our youth — I am confident that off-planet colonies will happen in my lifetime.”