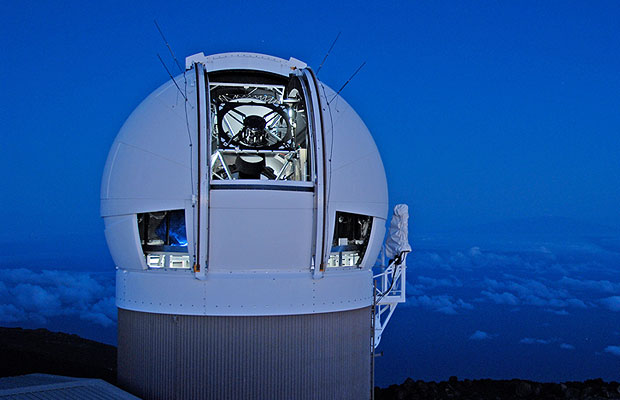 NASA last week announced that it has established thePlanetary Defense Coordination Office to formalize its efforts to detect and track near-Earth objects.

The PDCO will supervise all NASA-funded projects to find and characterize asteroids and comets that pass near Earth’s orbit around the sun.

It will issue notices of close passes and warnings of any detected potential impacts, and will work with the Department of Defense, the Federal Emergency Management Agency, and other U.S. agencies and their international counterparts to respond to potential impacts.

About 1,500 near-Earth objects are detected each year, and more than 13,500 NEOs of all sizes have been discovered since NASA began funding surveys in 1998.

“We’ve found about 92 percent of objects larger than a kilometer in size out of an estimated population of a little over 1,000,” said Lindley Johnson, planetary defense officer at NASA.

An NEO’s size is measured by its longest axis.

Not So Far Away

Potentially hazardous objects the PDCO tracks are asteroids and comets measuring 30 to 50 meters whose orbits are predicted to bring them within 0.05 astronomical units of Earth. An AU is about 93 million miles.

Now, 0.05 AUs translates to 4.65 million miles, which may seem a tad too far for concern, but “this is based on definitions of the astronomical community that go back 20 years,” Johnson explained. “Anything that comes within a few million miles of the Earth would be affected by the Earth’s gravitational pull.”

NASA is “continually assessing what we’ve learned” and may modify the definition of potentially hazardous objects over time as it learns more about them, he said.

The PDCO will prepare notification messages to be sent to the Executive Office of the President, Congress and other government organizations if a potentially hazardous object has a more than 1 percent chance over the next 100 years of impacting Earth.

“We want to be seriously tracking an object that has that great a chance of an unwanted impact,” Johnson remarked. Also, NASA wants to ensure that it has plenty of time to determine a potential response, which will depend on the object’s size and how far ahead in the future its impact could be.

Tracking data is sent to a global database maintained by theMinor Planet Center, which has been sanctioned by theInternational Astronomical Union.

Once an NEO is detected, the Center for NEO Studies at NASA’s Jet Propulsion Laboratory predicts and monitors its orbit.

These efforts are coordinated and funded by NASA’s long-established NEO Observations Program, which will continue as a research program under the PDCO.

“Even though we’ve been attempting to map the really big objects that come close, there are approximately 10 percent that could be classified as civilization-enders that we don’t know about,” said Mike Jude, a research manager at Frost & Sullivan.

“Your best bet is to detect these things early and then deflect them,” he told TechNewsWorld.

NASA is working on the Asteroid Redirection Mission concept, which would use the mass of an object to pull a potentially hazardous object slightly out of its original orbit. This leverages the gravitational force all objects have in space.

Some of the technologies required for this are already under development in other NASA missions such as the one to Mars, Lindley said, and the redirection mission will pull all these technologies together in Phase A while contracts are being released for other parts of the mission.