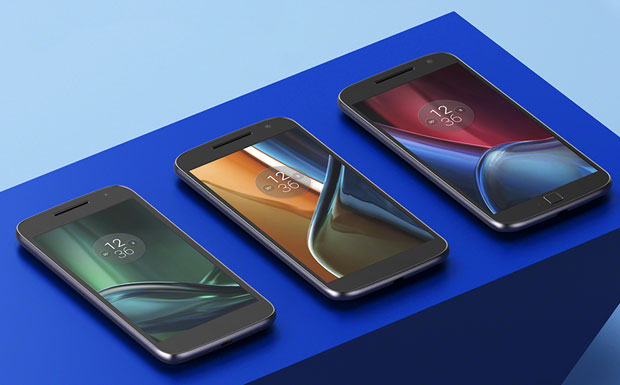 Motorola on Tuesday unveiled three new smartphones: the fourth-generation Moto G, the Moto G Plus and the Moto G Play.

The Moto G and Moto G Plus can be customized using Moto Maker, while the Moto G Play can not. All three run Android 6.0.1 Marshmallow.

The Moto G and Moto G Plus became available Tuesday in Brazil and India. They will be rolled out across North America, Europe, Latin America and Asia over time. The lower-end Moto G Play will be available globally this summer, Motorola said.

“That’s high for India,” said Will Stofega, a research program director at IDC.

The typical smartphone price point there is about $100, he added.

“On the other hand, India’s a country whose economy is still growing, so it might be an interesting place to play,” Stofega told TechNewsWorld. “The price is almost mid-tier.”

The Moto G and Moto G Plus are available in dual-SIM versions in select regions and offer 16 GB or 32 GB of internal storage. They both take 15 minutes to charge the battery for six hours of use.

The Moto G Plus has a fingerprint reader.

The Moto G, Moto G Plus and Moto G Play all have water-repellent coatings and all-day batteries, and they support a microSD card of up to 128-GB capacity.

Taking on the iPhone

The Moto G Plus isamong the top smartphone cameras in terms of photo quality, according to DxOMark’s review.

It lists the following pros for photos taken with the camera:

Cons include some loss of details in the dark parts of the image in several outdoor shots, and some visible irregularities in HDR activation and white balance, according to DxOMark.

The phones are “affordable, good looking and provide a lot of value for the dollar,” said Rob Enderle, principal analyst at the Enderle Group, but “you can’t actually buy them here yet.”

That could cost Motorola some ground, because competitors “could slip underneath this with a phone that’s actually on sale,” he told TechNewsWorld. “It also gives competitors time to position against these phones before they launch.”