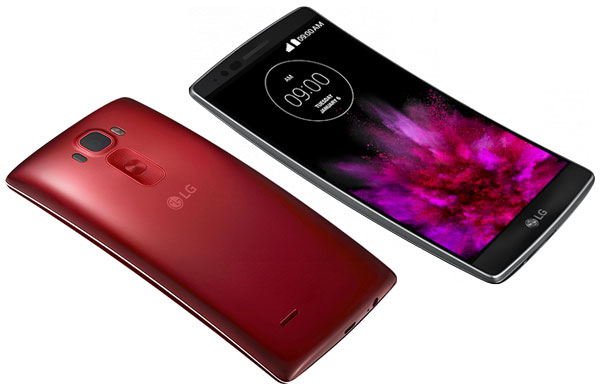 Don’t you just love big industry events like Mobile World Congress? I mean, you’ve had whole weeks to enjoy the new phone you got last quarter, and now you’ll hear about a bunch of incredibly wonderful stuff that will make that new phone look like your grandmother’s favorite car — you know, the one she fell in love with in the 1960s.

Unfortunately, I’m not going to make things better. This week, I’m going to walk you through some of the more interesting things likely to be on display at the event. I’ll close with my product of the week: a printed cover for your aging appliance — refrigerator, dishwasher, etc. — that can make it look new and trendy for a fraction of the cost of a new one.

The iPhone’s Biometric Sensor Is Crap

Let’s be fair. All biometric sensors — at least the ones you’ll find on tablets, smartphones or laptops — are crap. They either are too easy to fool, or they have to be reprogrammed every few weeks or anytime you have gunk on your fingers. In addition, they can destroy the sleek look of a product. Even Apple has a problem with its fingerprint sensor, and it is considered the design leader in the smartphone market.

Well, Qualcomm on Monday announced Sense ID, which is a sonic — yes a sonic (think sonar) — biometric sensor. What makes it different is that it uses sound to map your fingertip, which means most things that effect a capacitive sensor, which is what most devices have, don’t effect it. In addition, sound waves can go through stuff, so you can place the sensor behind a capacitive button or even behind the cover glass, and it will still work.

In short, it isn’t better looking, but it is far more accurate — meaning it will be harder for a thief to get through your phone’s security while it works more reliably for you.

It just isn’t the iPhone that’s taking a hit. Being a total spoil sport, Qualcomm last week announced LTE-U, which is an alternative to WiFi that can be provided by carriers. Sick of crappy data coverage? Sick of never knowing the WiFi password and blowing out your phone’s data plan? Well, LTE-U could be just the fix you didn’t know you were looking for.

I attended a big analyst confab on this at Qualcomm’s headquarters in San Diego a few weeks back and got to follow a bunch of engineers as we stood around a parking lot (oh fun) to see this technology work. It not only outperformed WiFi, but also worked seamlessly with it. With LTE-U, you’ll be far more able to get all-you-can-eat coverage once it is available than you can now. Of course, it won’t work on existing phones.

You’ll see curved screens on a lot of new phones. A few weeks ago, I had a chance to play with the LG G-Flex 2 version of this technology (pictured above). Until then, I thought it was a joke — but I fell in love.

Our bodies are curved — not straight like a typical smartphone. A curved screen phone fits your buttocks and waist far better than a straight phone. If you want a phone that stands out and looks more advanced than any other phone in the market, the curve also does that.

Tired of looking at scratches on your expensive smartphone? Well, as I discovered while tinkering with the LG G-Flex 2, we’ll soon be able to get phones covered with a plastic that is arguably better looking than aluminum, and that lets us rub out scratches with our fingers.

Yep — with a little bit of effort, a phone can look nearly new again — though what I want is a great looking screen cover with this technology, because it is the screen I need to protect.

Corning has come up with a new, even harder and more scratch-and-break resistant form of Gorilla Glass. The move to put Sapphire on phones failed last year — the substance is too difficult to work with and way too brittle. That put Corning on overdrive to create an even stronger form of its near-universal product for phones, and a lot of designs will be incorporating the new technology. Gorilla Glass 4 should be far close to the nearly indestructible screen we have been wishing for.

The new Windows 10 phones have been kept pretty secret, but I understand Microsoft’s new CEO wants to make a huge splash with this vastly improved phone platform. The question is whether it will use ARM or Intel technology.

It took both companies to flip the PC market to Windows and Pentium in the 1990s, and it likely will take both companies working together to do it again this decade. They are going to need to really push the envelope to break out in this segment and both companies actually have new CEOs who are demanding their firms step up to the challenge. This could be one of the big surprises of this year’s show.

Prices are expected to remain about the same — so for the same price as that amazing phone you bought just a few months ago, you can get something a lot better.

Yes, Mobile World Congress will be an amazing show this year, with every vendor pushing hard to create the next iPhone. A few weeks from now, Apple will launch its watch, taking us down yet another new path. The smartwatch eventually could make the phones that are making what we now have obsolete, obsolete themselves.

Thus the circle of technology continues — ever advancing, and ever making what we just bought look stale. In short, Mobile World Congress sucks.

I ran into this by accident, though this product apparently was one of the ones funded during the Shark Tank TV Show. I’m a big fan of wraps instead of paint and have wrapped two of my cars with great success — but it never hit me that you could wrap an appliance.

Appliances can last for decades, yet often we replace them just because they look old or out of date. Well, FridgeFronts makes a magnetic panel that can be cut to change the appearance of your appliance — refrigerator, dishwasher, trash compactor, etc. 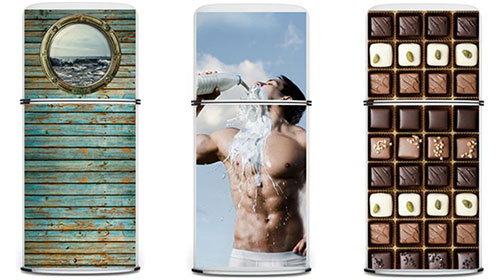 This is a printed product, so in addition to changing colors, you also could cover your appliance with pictures of your pets, your car, your significant other, the person you are stalking, or your least favorite executive (use it as a magnetic dart board).

It costs around US$85 for a refrigerator and less than $40 for a dishwasher, though you should get someone good at cutting (printer, carpet layer) to help you cut the panel to fit your appliance perfectly. The end result is pretty stunning — and massively cheaper than buying a new appliance.

I’ve often argued that HP should have gone into businesses like this more aggressively, because traditional printing is dropping off and this emerging technology could replace it. I’m currently either finishing a remodel or personally refinancing the national debt, and saving money has never been more important as a result. Because FridgeFronts could save you thousands on a remodel, it is my product of the week.