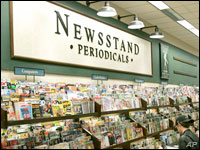 A lot happened while you weren’t looking. A stream of articles in December, especially, the week between the holidays, seemed to tie up some of 2012’s loose ends and some point to significant changes in the years ahead. They also highlight the difference between hardware and software.

In software, we’ve been lulled into the belief that things change pretty much instantly. Although change can be rapid in the world of people and things, it still takes some modicum of time. So here are some of the things I saw that might end up rocking our world in the year ahead.

Toyota reached a deal in federal court in the inadvertent acceleration case. You might recall that later model Toyota cars got a black eye when a spate of inexplicable accidents caused by acceleration from unknown causes hit the news. People died when some cars ran off at high speeds with drivers unable to control them. People wanted answers and a big effort went into isolating the problem. Even NASA was involved in working through the source code governing onboard computers.

Nothing was found, and finally a decidedly low-tech answer came into focus. The floor mats in some cars got wedged up against the gas pedals, causing cars to take off. It was an answer and a solution to the problem that many people had a hard time believing, but apparently was true.

A Dec. 29 story in The New York Times reported a preliminary approval by a federal judge of a US$1 billion-plus settlement. I give kudos to Toyota for keeping its calm during the crisis, working to get to root causes and in doing so putting the customer first despite the public anger. Call it customer experience 101.

There were two stories about Apple that put new spin on some old issues. The first involves treatment of Apple and other assembly line workers in China. Early in 2012, reports of tough working conditions at Apple’s primary assembly partner, Foxconn, tarnished Apple’s reputation.

In a company as big as Apple, or any successful tech manufacturer for that matter, this is not a problem with an easy fix. There are many factories, thousands of workers and many, many processes — though some basic issues like work hours, conditions, pay and the like seem pretty systemic.

Apple put together a commission of executives and brought in outside help to identify the problems and suggest and implement solutions. The result has been better conditions, reduced hours and soon elimination of mandatory overtime beyond a certain point. Importantly, the solutions also result in significant pay increases so that people deprived of overtime can still make a week’s pay.

Start of a Trend?

This is still a moving target, and everything is not settled, but Apple is such a big player in the industry that experts are already talking about how the rest of the industry will have to follow suit. Some are even comparing this to Henry Ford’s decision to pay his factory workers a dollar an hour.

At the time, it was a princely sum to be paid, but it enabled workers to afford the products they made. It had a ripple effect on the whole economy and was a key driver that ultimately resulted in the expanding American middle class.

What’s the CRM takeaway? Try this: Handheld devices and tablets have become the global standard computing devices, and they are the last link in a chain that starts with cloud computing, social media and analytics that is driving global uptake of computing and every benefit it delivers. The impact on all of us can be speculated over but in the end, the results will dwarf our imaginations.

Finally, the other Apple story also involves HP and many other hardware makers that have globalized production by sending it to the Far East. In another story, we’re seeing indications that some manufacturing is coming back to the U.S. and other countries not necessarily known for low wages.

I see this as both good and not-so-good news. Yes, jobs are coming back to the U.S. but the production is for older PCs and laptops, which according to the research we started seeing in 2011, are beginning to sunset. The demand for these devices is still in the hundreds of millions but demand is not growing fast if at all, and that’s the point. The production coming back to these shores is for other reasons like shipping and proximity to customers.

Shipping is becoming more costly with the rise of fuel prices, so the less you do, the better. In addition, devices have fewer options right now, so it’s easier to make a commodity device overseas and as long as the supply lines are full, shipping is not a big issue. Configuring more complex PCs for special customer needs has lead time associated with it, so taking shipping time out of the equation gives more time to be more customer-centric.

So if you’re scoring this at home, call it a draw. Some manufacturing is coming back and what’s staying put is probably not the kind of manufacturing that would interest many Americans. This might be another sign of the maturation of the whole tech sector.

As a CRM topic, more devices in more people’s hands makes us all more social, networked, connected and in the moment. That’s how we’re starting the year. 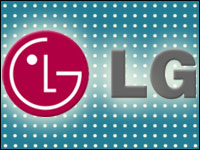 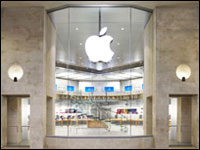