Lenovo unveiled its first round of tablets on Wednesday: the IdeaPad K1 for consumers; the ThinkPad for business customers; and the Windows 7-powered IdeaPad P1 for home and office use.

The IdeaPad K1 and ThinkPad tablets are the first Lenovo mobile Internet devices to feature the Android 3.1, or Honeycomb, platform. The Android-powered tablets will be able to access more than 250,000 apps in the Android Market — although the vast majority were developed with smartphones in mind — in addition to apps tested specifically for the device in the Lenovo App Shop.

The new Lenovo tablets are Netflix-compatible and have an HDMI output to hook up to an HDTV for movie and TV streaming. The tablets feature Nvidia Tegra 2 dual-core mobile processors to support multitasking; built-in Adobe Flash; fast browsing; and the ability to play console quality games with low battery consumption. 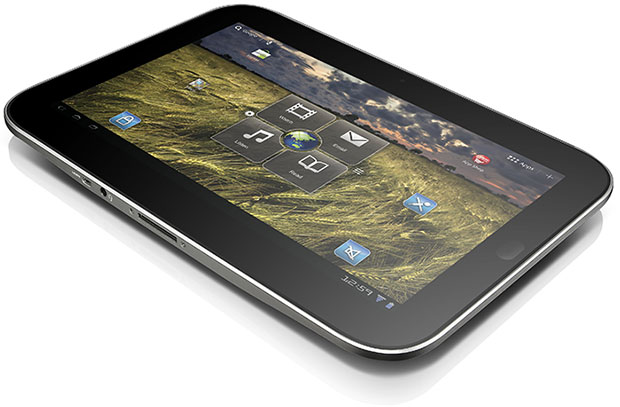 The Android-powered 32 GB IdeaPad K1 is priced at US$499. It can be ordered now and will be available in the U.S. in August. The 1.63-lb tablet offers integrated Bluetooth and 802.11 wireless connectivity. It comes loaded with more than $50 worth of apps and an 1280×800 HD screen.

The Android-powered 16 GB ThinkPad is priced at $479 without an optional digitizer pen and $509 with it. The ThinkPad can be pre-ordered in early August and will ship later in the month. The 1.65-lb tablet offers a 10.1-inch WXGA (1280×800) display. Lenovo is calling the ThinkPad the first business-class tablet. It is packed with security features to keep data safe even if the unit is stolen.

The Windows 7-powered IdeaPad P1 will be available in the fourth quarter of 2011. The 10.1-inch IdeaPad features a 1.5 GHz Intel Processor. The 14.5-mm thin tablet weighs less than two lbs.

One approach Lenovo has taken to position itself in the ever-growing tablet market is to design different tablets for specific groups. There are some consumer features business users don’t need, and there are specific business capabilities that consumers would never use.

“Everyone else has taken the one-size-fits-all approach to tablets. That’s not our approach,” Ninis Samuel, global director of mobile product marketing at Lenovo, told TechNewsWorld. “We have a unique tablet depending on the user. The IdeaPad Tablet K1 is the more consumer entertainment tablet. It’s the first tablet that is certified to stream Netflix.”

“It has unique features such as enterprise security and corporate access to email,” he said. “It can be customized for the individual company. Few tablets have this level of security and integration.”

Another feature that distinguishes the Lenovo tablets is that the Android versions come with pre-installed apps.

“Both of these Android tablets come with 40 free apps worth $50,” said Samuel. “They are ready to go, even with ‘Angry Birds.’ There are a lot of Android tablets, but what we can show is what an Android really can be.”

The notion behind the Lenovo Windows-based tablet is that it delivers familiarity to those who like the Windows operating system. This tablet does not differentiate between business and consumer users. 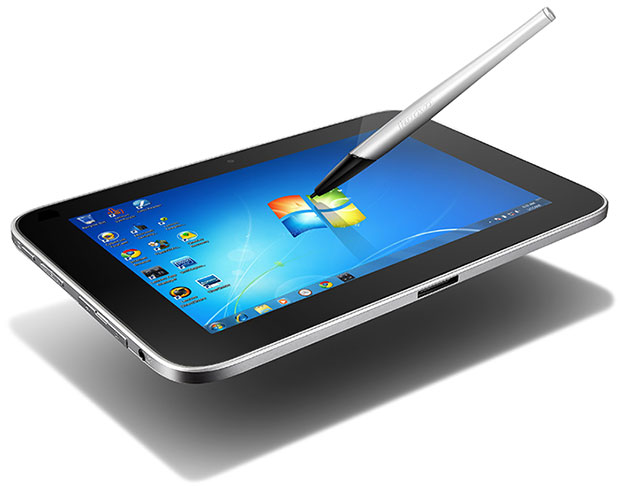 “The IdeaPad Tablet P1 with Windows 7 is more in the middle between — good for both the business and consumer user,” said Samuel. “It has the Windows feel for those who want the comfort of an operating system they know.”

One thing that differentiates the Lenovo tablets from Apple’s iPad is that they come with Flash, Samuel noted. Many consumers have complained that the big flaw in the iPad is its lack of Flash.

“We also have multitasking and speed that the iPad lacks,” noted Samuel. “Another big difference is that our tablets come with pre-loaded apps.”

In the volatile tablet market, companies are scrambling to find a feature that promises market viability while standing out from the pack — not an easy task.

“Yup, more tablets. What stands out from their press release is that this is ‘the first Android tablet certified for Netflix,'” Allen Nogee, principal analyst for wireless technology at In-Stat, told TechNewsWorld. “Yet, iPads have a ‘certified’ [Netflix] app in the app store as well, so it’s not much of a gain over iPad.”

Apple may actually benefit from the introduction of new tablets. A wealth of other tablets seems to be pushing Apple to the top as the tablet to beat. So far, it’s still in a category of its own.

“In some ways, the more tablets that are released, the more the iPad is helped. When shopping for a tablet, the decision has to come down to an iPad or another tablet, and in the ‘other’ field, the more the choice and confusion, the more likely people will just avoid the decision entirely, and ‘just’ get the iPad,” Nogee reasoned.

Apple’s domination has forced the competition to innovate and find less-expensive solutions that can still deliver adequate functionality. Although the iPad leads, its very position as leader forces innovation.

“In the last few months, the competitors to the iPad have put out very competitive tablets,” said Nogee. “They certainly have most or all of the iPad’s features and they are starting to add more, like the Lenovo digitizer pen, or 3D, or smaller form-factors.”