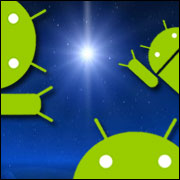 Google will unveil a 7-inch tablet based on the Nvidia quad-core Tegra 3 processor and running Android 4.1, aka “Jelly Bean,” at the Google I/O developers conference this week, according to Gizmodo Australia.

The device will reportedly be dubbed the “Nexus 7” and be built by Asus.

“My instinct is that [the tablet’s] going to be in the $200 range and be targeted at helping Google reclaim the low-end market and, essentially, try to take share away from Amazon,” Tom Mainelli, a research manager at IDC, told TechNewsWorld. “I think it’s driving Google crazy that the most popular Android tablet to date doesn’t have Google’s brand on it.”

The Look of Nexus

The Nexus 7 will have a 1.3 GHz Tegra 3 processor, the report claims. This processor goes with an Nvidia GeForce 12-core graphics processing unit.

The Nexus 7 will have a 7-inch IPS display with 1,280 by 800 pixel resolution and a 178-degree viewing angle. It will have a 1.2 MP front-facing camera and 1 GB of RAM. It will also include near field communication capability. The version to be released in the United States will include Google Wallet.

Battery life will be nine hours. Two versions of the Nexus 7 will be offered, one with 8 GB of storage and the other with 16 GB. Pricing will be US$200 and $245, respectively, according to Gizmodo Australia. The tablets will be released in Australia in July, but it’s not known when they’ll be available in the U.S.

Asus, which is reportedly making the Nexus 7, did not respond to our request for comment for this story.

It’s not clear whether the so-called Nexus 7 tablet will use Nvidia’s Kai platform, as suggested recently by the TechBuffalo blog.

Kai is a reference platform offered by Nvidia that tablet manufacturers can use to produce low-cost quad-core Android tablets priced below $200.

The Kai platform includes the Tegra 3 quad-core mobile processor together with its associated DirectTouch architecture and PRISM display technology, as well as a memory controller that’s compatible with lower-cost DDR3L PC-type memory. The Kai reference design is a 7-inch device with a standard resolution display, but it can be modified to offer different display sizes and resolutions.

“We don’t comment on unannounced products or rumors,” Nvidia representative Steve MacDonnell told TechNewsWorld when asked whether Kai is being used in the Nexus 7.

Google has “a lot of people using Android phones but have had a terrible time gaining traction in the tablet market,” Tom Mainelli, a research manager at IDC, told TechNewsWorld.

The success of Amazon’s Kindle tablets, which run Android, didn’t help Google’s cause. Android devices are aimed at helping Google sell ads, and Amazon, whose Kindle tablets sold like hotcakes during the Christmas season, “took Android and put a new user interface on top of it and removed Google’s ecosystem from the device,” Mainelli said. “So Google not only needs to increase the footprint of Android tablets, but also needs to get enough bodies in there so that its ecosystem will continue to grow and become viable.”

Taking on the iPad

Google will “try to put out a full-featured 7-inch tablet at a reasonable price,” but it will not prove to be any competition for the iPad, IDC’s Mainelli said.

“We’re looking at two different areas,” Mainelli explained. “One thing Apple has done very well with each iteration of the iPad, not only with hardware and software but also marketing, is position it as not just a consumption device but also a production device. That’s one of the hangups with 7-inch tablets and also with the Kindle and Barnes & Noble’s Nook.”

The other tablets are content consumption devices, Mainelli said. “Some users will be able to be productive on 7-inch tablets, but by and large, 10-inch tablets give you more real estate, so it’s easier to be more productive on them.”

Google did not respond to our request for comment.