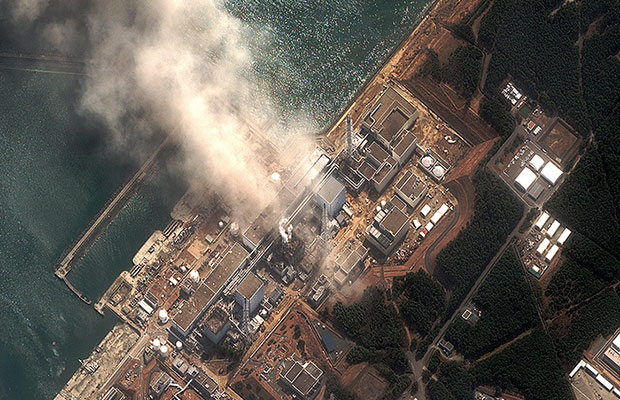 Japan’s post-earthquake/tsunami headlines have certainly been grave. But whether or not the nation is staring down its second nuclear disaster in 65 years remains intensely debated, along with implications its battered nuclear facilities hold for clean energy development worldwide.

“Japan’s three damaged nuclear reactors have far-reaching implications for energy policy here in the U.S. and abroad,” said Michael Meehan, chief green advisor for Enxsuite, an energy management software company. “Like it or not — I don’t — nuclear is a viable option for our rising energy needs.”

The dual catastrophes that befell Japan last Friday — a 9.0 Richter Scale earthquake and a wall of water that swept entire towns away — also toppled virtually every fail-safe system the country built into several nuclear reactors.

Considered experts in nuclear power, which supplies Japan with over 30 percent of its energy needs, the Japanese government was caught off guard, using measures many observers termed “desperate,” such as flooding reactor cores with cool seawater to keep an ominous Chernobyl scenario from engulfing the region in an insidious new nightmare.

Now, the rest of the world is stepping back to assess potential dangers to nuclear facilities that have proven successful generators of clean energy.

“The science of why nuclear energy has a seat at the clean energy table isn’t really what’s being debated,” Enxsuite’s Meehan — a White House and UN clean energy advisor — told TechNewsWorld. “It’s more about what’s going to happen to that seat given recent events in Japan.”

A former nuclear power protestor who occupied the Seabrook, N.H., nuclear facility in 1977, Shel Horowitz has no doubt what will happen.

“You can be sure the Japan situation will make it harder to build more nuclear plants in the U.S.,” said Horowitz, a clean energy and environmental sustainability expert who writes the syndicated column Green and Profitable.

“Citizen opposition to nuclear power plants was very strong in the 1970s and will surface very powerfully again if serious attempts are made to build more of them,” he told TechNewsWorld.

Since several explosions rocked Japan’s Daiichi nuclear plant, a pressing question — “Could it happen here?” — has echoed around the world, nowhere more loudly than in the United States, where memories of the Three Mile Island nuclear reactor catastrophe still linger.

What’s more, the world’s greatest nuclear plant disasters — Chernobyl, Three Mile Island, Browns Ferry, Ala. — happened without earthquakes, Horowitz pointed out. “There are plenty of ways to have a nuclear disaster without an earthquake.”

All the fear, however, creates a “larger risk,” said Enxsuite’s Meehan, a cofounder of Carbonetworks and The Climate Resource. “There is a danger in trying to kill nuclear power at this point in time. We could end up creating a vacuum without enough support for renewable energy. The default option — coal — looks like the cheapest and safest way forward.”

However, coal is a dirty, nonrenewable fossil fuel. “If we’re going to kill nuclear power, we should ensure that renewable energy is the default option. At this point, I don’t think it is,” Meehan said.

Conservation, sustainable design, solar, wind and small-scale hydropower are part of the renewable energy mix Shel Horowitz envisions in a post-nuclear-oil-coal society. No option, however, will provide a quick fix.

“If the past decade in clean energy technology has taught us anything, it’s that doing the right thing is not a slam dunk,” Meehan said. “Japan’s disaster is bringing to the forefront the terrifying risks of nuclear energy — but killing it now may leave us with an equally damaging energy source in fossil fuels.”