It’s All Aboard for Linux Gamers at The Final Station

The developers of The Final Station, recognizing the growing market for the post-apocalyptic train ride in the open source community, have made their hot-selling title available for the Linux OS.

The indie game, which Do My Best Games and TinyBuild launched for PC, Mac, Xbox One and PlayStation 4 this summer, became available for Linux last week.

Although the post-civilization genre is fairly crowded space, the zombie-killing horror ride has earned generally positive reviews from veteran games critics, who appreciated its narrative and level of detail.

There was no grand scheme to expand the title to Linux.

“Honestly, there wasn’t some specific reason for that — we just want to give access to our game [to] as many players as possible,” said Oleg Sergeev, game designer of The Final Station.

The ability to create a Linux port pretty easily on the Unity platform led the company to make the decision, he told LinuxInsider.

The Final Station is the first Linux port for the company, but it appears that the launch so far has been a successful one, with relatively few glitches, based on feedback on the site.

“You don’t typically see much priority on major gaming titles released for Linux, but there are some exceptions, and this is changing to some degree with software such as SteamOS,” noted Jay Lyman, senior research analyst at 451 Research.

“While Linux still isn’t usually treated as a first class platform, a growing number of titles are adding Linux support without requiring workarounds or additional compatible software,” he told LinuxInsider.

Linux has become the operating system of choice in almost every segment of computing except for the desktop, noted Kevin O’Brien, a project manager and Linux enthusiast.

That’s partly due to the fact that so many games are written for Windows only, he told LinuxInsider. “The increasing availability of games on the Linux platform removes that obstacle and makes it more likely that Linux can be the default OS for average computer users.”

Much of the drive to develop games for Linux began in 2013 when Valve Software launched its Linux-based SteamOS system for entertainment use. At the time, enthusiasts began to see greater demand for Linux-compatible gaming titles, but an additional problem over the years has been getting the related hardware necessary to take full advantage of those capabilities.

Currently, there are only about 400 titles that are Linux-plus-SteamOS compatible out of nearly 25,000 game entries in the Steam store, said Lewis Ward, research director for gaming and VR/AR at IDC.

That is indicative of the relative popularity of Linux compared to other operating systems, he told LinuxInsider.

“There definitely has to be a love of Linux and the open source software movement to make such a commitment,” Ward stressed.

TinyBuild has been busy of late. It released the Alpha 2 version of Hello Neighbor earlier this month. 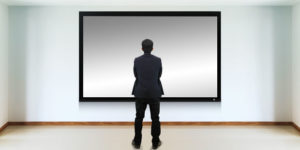 Tech on TV: A Little Realism Goes a Long Way