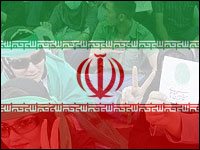 The Iranian government is reopening access to Gmail agter taking flak for its decision to block Google’s email service, according to the Telegraph.

Even members of parliament have complained about the Gmail block, according to the AP. A member of parliament was quoted in Iranian media saying that the minister of telecommunications would be summoned for questioning if the Gmail ban wasn’t lifted.

Even so, officials in Tehran have doubled down on their plans to create an Iranian intranet to supplant the normal, vice-filled free-for-all enjoyed in the West.

Iran said it would block Google’s search engine and email service about a week ago. The move was reportedly prompted by the now-infamous anti-Islam movie — also blamed for unrest throughout the Arab World — that was posted to YouTube, which is of course owned by Google.

Japan Cracks Down on Piracy

According to the BBC, Internet piracy has been illegal since 2010. But only now are authorities planning to put the screws to downloaders, with penalties of up to two years in prison and potential fines of up to 2 million yen, or about $25,700.

The nation already had stiff penalties — 10 years in prison, 10 million yen — for people uploading copyrighted content. Now, those who download a single file can be punished as well.

The Recording Industry Association of Japan spearheaded the rule change. The group suggested that illegal media download outnumbers legal ones nearly 10 to 1.

Shortly after legislation was passed in June, the websites of Japan’s finance minister, Supreme Court and a few political parties were hacked. The next month, protesters apparently linked with the hacker group Anonymous staged a protest in Tokyo.

The BBC puts the recent move in a larger international context, pointing out that Japan’s announcement comes after Ukraine’s seizure of file-sharing site Demonoid, the United States’ dismantling of Megaupload (and its attempted prosecution of its founder), several countries’ blocks on The Pirate Bay and other moves designed to thwart piracy.

Smartphone apps in Europe have drawn the ire of authorities by tipping off users to police radar and speed traps.

Up to 6 percent of all French drivers reportedly use the radar apps on phones — which can also monitor drivers’ speeds and warn of traffic jams.

Authorities there lauded the services as a way to foster safety. In Germany and Switzerland, however, there is a law prohibiting such technology.

Detection devices are more effective in Europe, which, according to The Times, has at least 25,000 stationary speed cameras. Whereas U.S. police rely more on police car radar guns, which are inherently difficult to map on an app, European speed traps lend themselves to be identified.

German authorities have argued that speed cameras serve as a safety tool, especially around schools and hospitals. Alas, even if that logic is sound, there is another problem: Police cannot detect which drivers are using the apps.