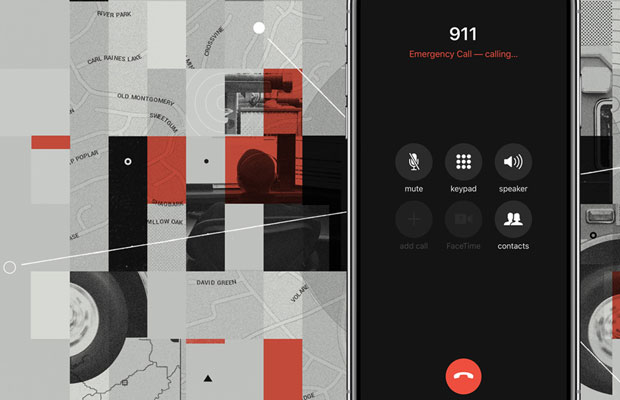 The system will use an IP-based data pipeline developed by RapidSOS to share location data from iPhones with 911 centers.

“Communities rely on 911 centers in an emergency, and we believe they should have the best available technology at their disposal,” said Apple CEO Tim Cook. “When every moment counts, these tools will help first responders reach our customers when they most need assistance.”

About 80 percent of 911 calls are made using mobile devices, but outdated infrastructure — built in the 1960s for landline phone calls — makes it difficult for call centers to obtain accurate location data quickly.

With a landline, location can be determined by rapidly searching a database for a billing address. That doesn’t work when a phone is in motion.

“Since the system was built for voice-only, what you have today is 240 million 911 calls a year with no data, often without the caller’s name and a broad estimate of location,” RapidSOS CEO Michael Martin told TechNewsWorld.

“The ability to narrow the range where an individual will be will enable responders to find that individual in a more efficient and effective manner,” Fontes told TechNewsWorld.

There are about 6,300 911 centers in the United States running 25,000 different software systems.

What RapidSOS has done over the last five years is partner with all the major public safety software vendors to integrate a rich, next-generation 911 data connection into all those systems.

Now, when a 911 call is made, a query is sent to RapidSOS for additional data on the caller, which, if it’s available, is sent to the 911 operator.

The FCC has been pushing carriers to improve the accuracy of their location services. It has established a 2021 deadline for carriers to locate at least 80 percent of their 911 calls within 50 meters of where they’re made.

Apple decided not to wait, however. iPhones already exceed FCC requirements for location accuracy, and with iOS 12, they’ll be able to take advantage of RapidSOS’ technology.

“This was an opportunity to leverage technology to solve this challenge today,” RapidSOS’ Martin said. “We and Apple felt like we didn’t need to wait. This was something we could solve today and immediately start saving lives.”

Apple also has taken several measures to protect users’ privacy. Data will be shared only during a 911 call, and only with the center managing the call. What’s more, data will be protected with end-to-end encryption, with technology similar to that used to protect mobile banking data.

Privacy really shouldn’t be an issue for 911 calls, though, NENA’s Fontes maintained.

“When you dial 911, you are agreeing to provide information regarding your call for help,” he explained. “Because you’re initiating the call, and you’re the one that’s allowing the information to be provided, the privacy concerns are nonexistent or minimal.”

There’s always a chance that hackers could devise a way to exploit the 911 location feature in iOS 12, said Jim McGregor, principal analyst at Tirias Research.

“Nothing is 100 percent secure, but if you expect to access emergency services, a key requirement is that someone know where you are,” he told TechNewsWorld.

“I would expect other manufacturers to follow suit, because this is a public benefit thing,” McGregor added. “Not only manufacturers, but I expect all ecosystem partners to push this, as well as Google.”