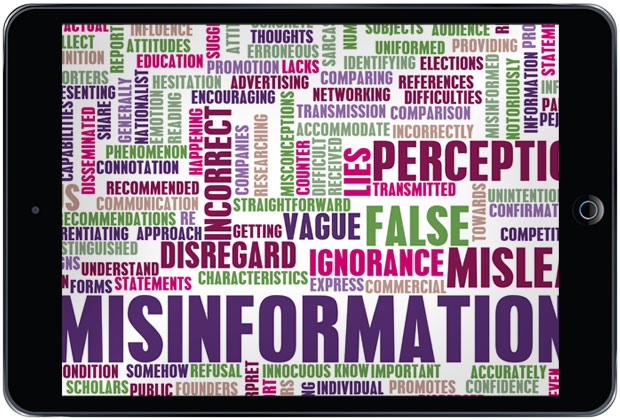 Google on Tuesday revealed that it had tweaked its search processes to help bring high-quality content to the top of search result pages.

Meanwhile, Facebook on Tuesday said it had begun testing its Related Articles feature, which shows readers Facebook’s recommendations for articles related to the topic of an article they’ve just read. The new related article feature displays the links to recommended reading in users’ news feeds, along with the topic article link.

Among the changes Google has implemented to give high-quality content its due is a revamp of the guidelines used by its quality raters to evaluate the effectiveness of the company’s algorithms to identify problematic content, including misleading information, unexpected offensive results, hoaxes and unsupported conspiracy theories.

“These guidelines will begin to help our algorithms in demoting such low-quality content and help us to make additional improvements over time,” noted Ben Gomes, a vice president of engineering at Google.

The company has tweaked the signals it uses to rank pages, so more authoritative material is displayed and lower-quality content is demoted in search results.

Google also has made it easier for searchers to flag inaccurate or offensive content that appears in the Autocomplete and Featured Snippets features on a Web page.

Further, it has added more transparency about its practices at its Help Center and How Search Works site.

Google’s latest moves are smart for its business, regardless of whether they have an impact on fake news, suggested John Carroll, a mass communications professor at Boston University.

“When people start to doubt the reliability of Google’s search results, that can undermine what people have relied on Google for since its inception,” he told TechNewsWorld.

“Even though Google says that only one-quarter of 1 percent of its search results link to offensive or inaccurate content, there has been enough press around it to make something Google can’t afford not to address,” Carroll said.

Addressing the problem of fake news is a good idea for Google, at least conceptually, noted Tom Rosenstiel, executive director of the American Press Institute.

“Google has a power and influence here, because most people don’t move past the first page of suggestions,” he told TechNewsWorld, “so if you can elevate things that have more authority and are more likely to be true and accurate, that’s powerful.”

Paper for People, by People

Of the three initiatives to foil fake news, Wikitribune is probably the most ambitious. Founder Wales contends the online publication will be the first collaboration between professional and citizen journalists working side-by-side as equals — writing stories as they happen, editing them live, and having them fact-checked by a supporting community.

“I have great hope for the Wikitribune idea,” said Mark Marino, director of the Humanities and Critical Code Studies Lab at the University of Southern California.

“Wikipedia has developed a robust system for establishing the veracity of content,” he told TechNewsWorld.

What’s more, unlike Google and Facebook, “the processes are apparent to the people who read Wikipedia. You can see the conversations behind the content,” Marino noted. “That puts it at a very different level than either Facebook or Google, whose algorithms are invisible to us at all times.”

While another source of reliable news would be a good thing, the path Wales has chosen is well trodden, BU’s Carroll noted.

“As well intentioned as journalists and entrepreneurs have been in pursuing that kind of collaborative journalism, it hasn’t been successful in many of the cases where it’s been tried,” he said.

“It’s a smart strategy by Facebook to provide more information, rather than being the one that eliminates information,” BU’s Carroll suggested.

Allowing consumers to decide for themselves is good in theory, but it may encounter obstacles in a world of alternative facts.

“We need to wait and see how valuable the related articles concept is,” API’s Rosenstiel said. “One truth about algorithms is that people who want to manipulate them continually adapt to them.”

The jury is out on how successful these latest efforts to muzzle fake news are likely to be.

“For all the knowns we get in a press release from Google or Facebook about their procedures, there’s too many unknowns about how their black box software operates to begin with,” he noted.

“The essential problem is there’s no punishment for people who tell lies to the world,” said Mark Graff, CEO of Tellagraff.

“Even if Google tweaks its algorithms and Facebook makes it easier to flag fake news, unless there’s some cost to spreading lies, people will use the Internet as a megaphone to spread lies,” he told TechNewsWorld.

As laudable as these latest efforts to smother fake news may be, they raise questions about the human condition in the Internet Age.

“These companies, through an algorithm, actually shape people’s political reality,” said Vincent Reynaud, an assistant professor in the department of communication studies at Emerson College.

“Based on the ability to control searches or what appears in a news feed,” he told TechNewsWorld, “they can impact the way people understand how politics is working.”