Intel’s Bright Future: Are There Implications for Apple?

Last week,Intel held its Developer Conference, an annual event where the company showcases the changes it plans to make in its next-gen products. WithMicrosoft’s new operating system due to hit the market in a few short months, Intel planned more dramatic changes this year than would typically be the case.

Thanks to its new ties with Apple, we got an unprecedented look at future hardware offerings from that company as well. The presentation was impressive. It included the first meaningful showcase for Viiv, which suddenly seems to make sense to me.

Also last week, Microsoft launched its Ultra-Mobile PCs, codenamed “Origami.” These could have more impact on personal computing than the PC ever had. For Apple and Microsoft, the future looks bright.

Dawn of the UMPC

Typically, we talk about the fight between Intel and AMD. For whatever reason, AMD is sitting out the UMPC battle, and VIA has emerged as an Intel competitor instead. I’ve been following the slow evolution of this class of PCs since the late 1990s, and whenever people have had the chance to see or play with some of the early prototypes, for the most part, they were quickly sold on these offerings.

Strangely enough, the UMPC has its roots in concepts thatIBM, Philips and Apple originally created but then discarded or gave up on. You can get a sense of the Origami devices via videos from Microsoft here and from Intel here.

There are three points to keep track of: First, the Ultra-Mobile PC isn’t a tinynotebook — it is something else entirely. Second, this class of device will lend itself to customization and likely morph into a variety of form factors over time. Finally, this product will probably do the most to define Web 2.0 from ahardware standpoint — and will also be defined by it.

Keep an Eye on Evolution

What all this means is, the concept clearly isn’t cooked yet, and much like the original PCs evolved to play a role considerably broader than originally envisioned, the UMPC will similarly evolve to make an unexpectedly large impact on users’ lives — but more quickly, I believe.

Like the iPod, this device will be surrounded by peripherals and accessories that will extend its capabilities to include things like navigation, VoIP teleconferencing, games and messaging. Such tools will allow this device to move into areas that much higher-priced, vertically targeted hardware products used to dominate, and it will have some interesting effects on those product markets.

I do think the UMPCs will need to integrate a thumb keyboard and be fully tied to a Wide Area Network service to be fully functional, but the first group of devices don’t have those features — yet. However, of the initial vendors, Samsung seems to have the biggest chance of getting it right.

Viiv: It’s the Ease of Use, Stupid

I have to admit, I just wasn’t getting Viiv. At the latest Consumer Electronics Show in Las Vegas, Intel demonstrated it again and showed its ability to shut down a Media Center PC as well as stream video from it. This did not excite me.

Fortunately, Intel impressed me this time. The subtext of Intel’s presentation was that with Viiv, it was fixing inherent user problems with Media Center. It was hard to argue the point as presenters showed that they could set up the network in three minutes, linking devices — both handheld wireless and wired extenders — in seconds. They succeeded in creating the impression that stuff would simply work faster, better and more easily with Viiv.

Given the number of complaints I hear from people about how difficult it is to get some of this “converged” stuff to work, Intel’s focus on ease of use will be very well received.

Intel also featured a showcase of a wide variety of accessories and third-party products that could move media around the home. These included set-top boxes, wireless game pads, portable music players, TVs and even cameras that should be easy to set up because they comply with the Viiv specification.

What I didn’t like was the small, white Viiv sticker that the company insists on placing on each of these black devices. At some point, Intel will have to realize that stickers are not going to cut it for consumer electronics devices — and at some point, they won’t cut it for PCs, either. A logo must be elegant and thoughtfully incorporated into the design of a personal electronics product or not be used at all.

This year is not only special for Intel because Microsoft is bringing out its new OS; it is special because Apple is bringing one out as well — on Intel-powered hardware. There is nothing to prevent Apple from becoming Viiv-compliant and instantly gaining access to the massive number of peripherals Intel has lined up. There is no reason Viiv has to be “just for Windows.”

In addition, a number of the prototypes Intel showcased for laptops and tablets, where the screen was much more flexible, were likely lost on the traditional WinTel OEMs — but not so with Apple people. Recall that Apple’s previous iMac had one of the most creative monitor mounts ever. It very well may be that Apple will see the value in what Intel has done — the company might even to choose to run with one of Intel’s ideas.

From a hardware performance standpoint, the most compelling demonstration was Intel’s using flash memory to substantially speed up video game and application loading. This technology will show up as part of what is supported by Vista but can also be used by Apple — which might actually use it more aggressively.

Intel made a big deal about the fact that it was going to explode the number of processor cores its chips incorporate going forward, and that MHz improvements would pale next to this new area of product enhancement. Think of what multi-core systems would be able to do with multimedia applications on Apple platforms in the future. Apple’s ability to cherry-pick from the Intel parts bin should give the company opportunities to build amazing products — that is, if Apple can get over its “not invented here” qualms.

Suddenly, I can hardly wait until Christmas.

Rob Enderle, a TechNewsWorld columnist, is the Principal Analyst for the Enderle Group, a consultancy that focuses on personal technology products and trends.
Get Permission to License or Reproduce this Article 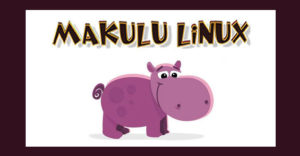