Intel Puts Its Chips on Internet of Things

Intel on Tuesday announced a new, lower-power family of processors, the Quark, at the Intel Developers Forum being held in San Francisco through Thursday.

This is part of the company’s heightened drive into ultra-mobile devices. 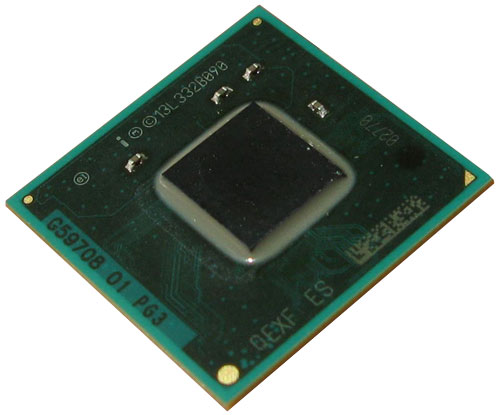 “The next wave of computing is still being defined,” Intel CEO Brian Krzanich told an audience at IDF. “Wearable computers and sophisticated sensors and robotics are only some of the initial applications.”

The Quark family of Systems on a Chip is an example of how Intel will continue to use its manufacturing and architectural leadership to push further into the low-power processor arena, Krzanich said.

“Quark significantly lowers the cost of devices and machines that are smarter,” remarked Rob Enderle, principal analyst at the Enderle Group.

More on the Quark

Intel’s Quark processors will target growing segments, from the industrial Internet of Things to wearable computing.

They are designed for applications in which lower power and size, or the lack of it, take priority over higher performance.

Intel will sample form-factor reference boards based on the first Quark product during Q4 so partners can develop tailored, optimized solutions. These solutions will initially target the industrial, transportation and energy segments.

Krzanich demonstrated a bracelet as an example of a wearable computing concept with reference designs under development.

Intel is actively pursuing opportunities with partners in this area, he said.

The Quark processors are open system, have an open architecture, and are fully synthesizable, noted Krzanich.

What Intel means by the terms “open architecture” and “open system” is not clear, Jim McGregor, principal analyst at Tirias Research, told the E-Commerce Times.

“The design, manufacturing, and everything else will still be controlled by Intel, whereas you can license ARM architecture,” McGregor continued. “Open can be a very vague term, I guess.”

Intel defines one of its markets for the Quark processor family as the industrial Internet of things.

“This will largely be a sensor market, where ever-more-intelligent devices capture information and make decisions based on that information,” Enderle said.

The market is likely to be huge, as manufacturers are increasingly putting sensors and processors into products ranging from electric meters to automobiles to buildings. Perhaps the most wide-ranging effort in this area is IBM’s Smarter Planet initiative.

Embedded computing, the automobile industry, and smart lighting or power equipment industries “could benefit from technologies that could help prevent downtime by more effectively and accurately alerting about a coming problem — thus allowing it to be corrected before a catastrophic outage — or to dynamically change some part of the service to make it more efficient and effective,” Enderle told the E-Commerce Times.

Wearable computing is another area expected to see strong growth.

The smartwatch sector, which is the most likely area of wearable computing to take off, could easily move more than 30 million units a year, Canalys analyst Daniel Matte has predicted. Other form factors such as clothing and jewelry are still distant prospects.

“Right now, wearable computing is more a pipe dream than reality,” Enderle said. “For anyone to become a real player here there needs to be one big breakthrough product that defines the market like the iPod, iPhone [or] iPad.”

Whether Intel will succeed in the wearable tech area is a big unknown.

“Intel says [the Quark processor] is one-fifth the size and has one-tenth the power consumption of the Atom, but first it has to sell the fab, offering people the ability to do custom design,” Tirias’ McGregor said.

“Intel won’t take on custom design unless it’s a huge opportunity,” McGregor pointed out, “so they’re either going to have to license it to smaller clients or third parties, and they haven’t given me any indication they’ll do that.”