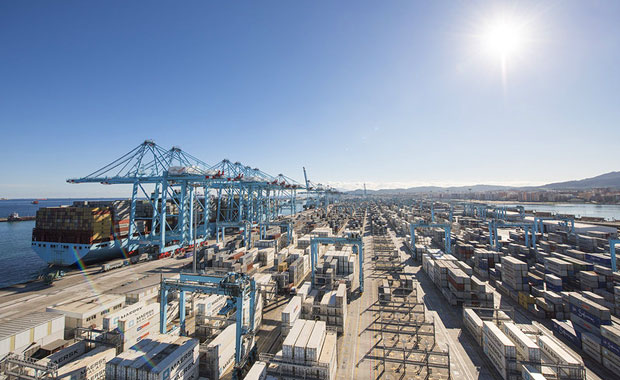 IBM and A.P. Moeller-Maersk on Tuesday announced a joint venture to create a platform based on Hyperledger Fabric 1.0, with the goal of creating huge efficiencies in the global supply chain.

IBM and Maersk, one of the world’s leading shipping container firms, have teamed up to provide a more efficient method of standardizing shipping logistics using blockchain technology.

“Adoption of Hyperledger Fabric by Maersk and its partnership [with] IBM has the potential to remake the shipping sector landscape and its use of information technology,” said Brian Behlendorf, executive director of The Linux Foundation, which hosts Hyperledger Fabric 1.0.

The new firm, which will be based in the New York metropolitan area pending regulatory approval, will be 51 percent owned by Maersk, with the remaining 49 percent owned by IBM. Mike White, former president of North America for Maersk, will be CEO of the venture. Vincent Clerc, chief commercial officer at Maersk will be chairman of the board.

The venture will offer the platform to a variety of companies. Among those that have expressed early interest are automaker General Motors; Procter & Gamble, the makers of Tide detergent, Bounty paper towels and Pampers diapers; and freight forwarding company Agility Logistics, which will be able to provide more streamlined customs clearance brokerage.

“We believe this initiative will improve efficiency in how we manage our logistics network, as well as improving visibility of our cargo,” he told LinuxInsider. “We have started testing this in a few international lanes with Maersk.”

The new company will provide an opportunity to use blockchain technologies to reduce inefficiencies and build revenues across the global industry, said Maersk spokesperson Katherine Mosquera.

“Today blockchain opens up an entirely new set of possibilities and a unique opportunity to engage the entire global shipping ecosystem,” she told LinuxInsider.

The new venture will employ cloud-based artificial intelligence and Internet of Things technology through IBM to help create a more efficient logistical network, according to Maersk.

Blockchain technology gives companies the ability to trace the origin and destination of various goods in ways that previously were not available, moving anything from digital currency to a diamond or a photograph, according to IBM.

Customs officials in Singapore and Peru plan to utilize some of the venture’s capabilities to enhance supply chain security and facilitate trade flow. In addition, international terminal operators APM Terminals and PSA International will work with the new venture to improve terminal planning and improve port collaboration.

IBM and Maersk first launched a joint venture in June 2016 to develop technology involving blockchain. They have run pilot programs with several major companies to test how they can use the new platform to create more efficient logistical operations.

This major commitment by two important companies may provide the impetus for many others to jump on board, leading blockchain to its full potential.

Maersk has been successful in running pilot programs of blockchain in the past, noted Stewart Bond, research director of data integration software at IDC.

That said, in order to work on a global scale, blockchain networks need buy-in and participation, he told LinuxInsider.

“Both of these companies can bring forth vast depth and range of existing business relationships,” said Jessica Groopman, industry analyst at Kaleido Insights.

“This isn’t just an advantage over startups working on blockchain supply chain applications,” she told LinuxInsider. “It’s an essential enabler of value.”