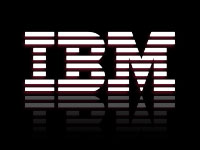 Advocates of free and open source software were on the warpath Wednesday following the eruption of a bitter legal battle between IBM and a tiny French firm.

IBM has asserted that Hercules — an open source mainframe emulator from Paris-based TurboHercules — infringes on numerous IBM patents, and it sent an accusatory letter to the company last month.

“Your suggestion that TurboHercules was unaware that IBM has intellectual property rights in this area is surprising,” wrote IBM’s Mark Anzani, vice president and CTO for System z technology. “Your product emulates significant portions of IBM’s proprietary instruction set architecture and IBM has many patents that would, therefore, be infringed.”

Anzani included a list of 173 patents he considered to be potentially involved.

A few weeks after that letter was sent, TurboHercules filed a formal complaint with the European Commission, accusing IBM of violating EU antitrust laws.

“TurboHercules is by no means anti-IBM,” said TurboHercules chairman Roger Bowler. “We originally wrote to IBM requesting that it license its mainframe operating system to customers, on reasonable and fair terms, for use with Hercules in certain circumstances.

“Not only did IBM deny our request, but it now suddenly claims, after ten years, that the Hercules open-source emulator violates IBM intellectual property,” Bowler added. “We then realized that our only hope as a small company was to file a complaint with the European Commission.”

In fact — and this is where much of the community controversy is focused — at least two of the patents on Anzani’s list were part of IBM’s now-famous pledge back in 2005 of open access to 500 of its patents, Bowler pointed out.

“Advancing our interests? I see it as defending our right to exist against a company that wields the world’s largest patent portfolio as a weapon against competitors thousands of times smaller than itself,” he wrote in a Tuesday post on the company blog.

Indeed, the legal battle has been taken by many as a sign that IBM — which has long touted its commitment to open source — is changing its position.

“After years of pretending to be a friend of Free and Open Source Software (FOSS), IBM now shows its true colors,” wrote noted open source advocate Florian Mueller in a blog post on Tuesday, for example. “This proves that IBM’s love for free and open source software ends where its business interests begin.

“The only short-term fix that I can see — other than IBM changing its stance — is through regulatory intervention,” Mueller concluded.

IBM, for its part, denies that it has broken any promises.

‘We Have Doubts About TurboHercules’

“IBM stands behind its pledge to the Open Source community, and has invested billions of dollars over the years as part of its commitment to this community,” the company said in a statement provided to LinuxInsider by Steve Eisenstadt, a spokesperson for its Systems and Technology Group.

“If TurboHercules is a qualified member of the Open Source community and complies with the provisions of the pledge, IBM would not assert any legal rights to the two pledged patents against TurboHercules,” the company asserted.

“However, since very little is known about TurboHercules, it is up to that company to establish its qualifications to be part of the Open Source community,” IBM continued. “Since TurboHercules is a member of organizations founded and funded by IBM competitors such as Microsoft to attack the mainframe, we have doubts about TurboHercules’ motivations and qualifications, and we will be interested to learn if that company will comply with the rules of the Open Source community.”

The point of Anzani’s letter was “to make TurboHercules aware of our intellectual property so they could do the appropriate analysis,” IBM concluded. “We look forward to that analysis.”

‘It Is a Stretch’

Either way, many observers in the FOSS community are now scrutinizing IBM on open source and on software patents in general.

“I think it is a stretch to say that IBM has turned on open source or betrayed open source,” 451 Group analyst Jay Lyman told LinuxInsider.

“It may have, mistakenly or otherwise, cited some software patents that were actually included in a previous pledge whereby it stated it would not take legal action based on those patents, and that is certainly unfortunate,” Lyman added. “However, I believe IBM’s action has more to do with protecting its market share and standing in mainframes than with attacking open source, which does not provide much benefit, based on SCO Group and other previous cases.”

IBM ‘Should Be More Aware’

Still, “IBM has a long and rich history with open source software, and should be more aware of the sensitivities around IP, software patents and legal action,” Lyman asserted.

The case is also, however, a vivid illustration of the increasing prevalence of free and open source technology, he pointed out.

Today, “it is hard to do some kind of software-related intellectual property deal or take some kind of software-related IP action, such as sue, without involving open source in some way,” Lyman explained. “This is a reality and reflection of how widespread Linux and other open source software is in the enterprise, in electronics, and throughout a growing range of verticals and industries.”

The case also illustrates what RedMonk analyst Stephen O’Grady calls “the inevitable outcome of software patents: They get used.”

O’Grady is against software patents, “not for ideological reasons, but because it is self-evident to me that there is no reasonable mechanism for evaluating and granting patents,” he told LinuxInsider.

With respect to IBM, specifically, “this is most likely a case of one hand not knowing what the other is doing,” O’Grady added. “It will be interesting to see how they manage these behaviors going forward.”

IBM is generally the largest filer of patents each year, Raymond Van Dyke, a technology lawyer in Washington, D.C., pointed out.

Yet “market situations change and earlier understandings are modified, particularly where the company was permitting something contrary to business interests,” Van Dyke asserted. “This is normal business for all companies desirous of surviving in this difficult marketplace.”

In the EC case, “it is likely that the underlying facts and assumptions here will clarify the rhetoric propounded,” Van Dyke concluded. “However, the EC may well side against American companies and find IBM guilty of something that is not culpable in the U.S.”