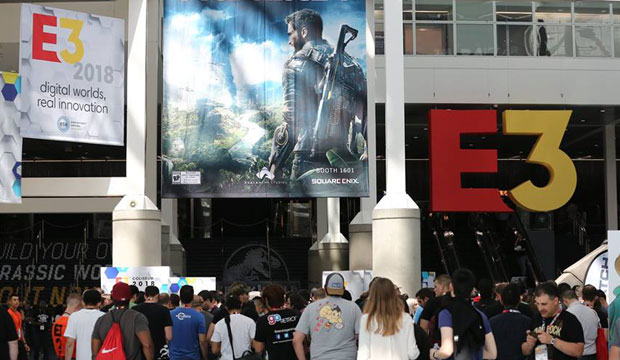 The annual Electronic Entertainment Expo, or E3, had the usual hits and misses this week, and more drama than most of the games on the screens. With astrong lineup of first-party titles plus better third-party support, Nintendo has proven it is capable of more comebacks than Elvis Presley and John Travolta combined. However, the battle for hardcore gamer dollars continues to be fought between Microsoft and Sony.

With no new hardware news from the companies, this was another year about the games, but for every hit there were apparently a few misses — and no doubt many of the games shown this year won’t be released by the time next year’s show kicks off.

Anyone expecting notable new titles may have been among the losers, as this was a year of sequels. Among the biggest announcements were Microsoft’s Halo Infinite, Sony’s The Last of Us Part II, Bethesda’s The Elder Scrolls VI and Fallout 76, Disney/SquareEnix’s Kingdom Hearts 3, Nintendo’s Super Smash Bros. Ultimate and Ubisoft’s Assassin’s Creed Odyssey.

“It is very much like HBO, which has so much success with Game ofThrones, season after season,” he told TechNewsWorld.

“Why would the industry stop making sequels? These aren’t really asurprise,” Pollak continued. “What can hurt a sequel is if the quality goes downhill or the gamers get fatigued; so a good sequel needs to have great individual characteristics that make it more than just more of the same.”

Many of the new titles are from longstanding and popular franchises that show no signs of slowing down.

“One of the biggest announcements was Fallout 76,” Pollak said. “It is just a franchise that does everything right. It is cross-platform, so PC gamers love it and console gamers love it.”

Without next-generation hardware to hype, this year’s E3 was aboutgames — loads and loads of games, even if most did seem to be sequelsor the latest in long-running franchises. Yet, even among the sequels there seemed to be a lack of really big or splashy announcements.

“There were a few less triple-A titles than might have been expected,”noted Paul Semel, freelance gaming editor.

“Generally most attendees were a little under-impressed by what Microsoft had to offer with its first-party lineup too,” he told TechNewsWorld. “There were a lot of games, but at the same time it almost seemed that the companies were holding back a lot this year.”

Speculation is that Microsoft and Sony may have been holding their cards closerto their respective chests until later this year or even next year when new hardware finally could be on the horizon.

“There is this feeling that the big games in development could be the next-generation systems, even if those weren’t announced,” Semel said.

Both Sony’s PlayStation 4 and Microsoft’s Xbox One are entering their fifth year on the market, and by video game standards that makes them middle-aged if not exactly senior citizens. However, as each company has extended the life cycle of the last generation, it seems the current cycle will be a do-over.

As a result, “E3 was in an interim year again,” commented MarjorieCostello, publisher of Consumer Electronics Online News.

“This year may have been about the games, but for those watching techdevelopments there wasn’t much,” she told TechNewsWorld. “If anything, the presentations were bereft of technology.”

A few really splashy new games did arrive, as incentives to goose existing hardware sales. Among them were the epic-looking open world RPG Anthem from BioWare, and the Bandai Namco fighting game Jump Force. Even these new entries drew quick comparisons to other games, though — the former to Bungie/Activision’s Destiny and the latter to pretty much every anime game ever.

“This year’s E3 made it very clear that the demographic game publishers are going after isn’t the demographic I’m in,” he told TechNewsWorld. “This could be the demographic that is buying games, but the violence in the game trailers had realism that might give me nightmares.”

One of the biggest surprises on the drama front at E3 may have been the backlash that EA received for its upcoming Battlefield V, announced just prior to the show. The World War II game, according to online rumors, could include the possibility of playing from the German point of view — a first in a single-player campaign.

However, that wasn’t the issue that created the most backlash among gamers — the inclusion of women caused a bigger stir.

“There have been a lot of gamers very vocal that women shouldn’t be included in the multiplayer modes,” noted Enderle.

The first trailer for the game, which features a female soldier fighting prominently alongside male soldiers, has generated some negativity among gamers who launched the hashtag “#NotMyBattlefield.”

“EA took the stance for gamers to get over it,” remarked Enderle. “That is the right course of action. The game industry needs more women engaged, and this is a step in the right direction. Hopefully it will end some of the abuses women have faced in games and as gamers.”

The gender equality issue “hasn’t had much influence on the games,” said CEON’s Costello.

“If anything, there was an increase in violence overall, including violence against women,” she observed.

“It takes a long time to develop a game,” Costello added, “so maybe #MeToo didn’t come into play this year, but it could in the future.”

Another notable drama this year involved a game that has been indevelopment for a while — Cyberpunk 2077 from CD Projekt. The game, first announced in 2012, has been in the works so long that some suggested it might not come out by the year in its title.

However, CD Projekt offered a new trailer depicting the game as a hybrid first-person shooter and RPG. It impressed many but also quickly earned the scorn of novelist William Gibson, who is largely credited with creating the cyberpunk genre back in the days when people thought “online” was the queue at the bank or fast food restaurant.

The trailer for Cyberpunk 2077 strikes me as GTA skinned-over with a generic 80s retro-future, but hey, that's just me.

“William Gibson didn’t think much of it, but that just increased the interest,” he added.

“Gibson is being a little harsh,” suggested Enderle. “Cyberpunk is hard to pull off visually, so they’ve had to simplify it a bit to make it playable. The fans of the genremight have some issues, but it will come to what the gamers think and how playable it is.”

The next-generation hardware could still be a ways down the road, but game companies may be thinking beyond hardware. One interesting trend this year was Games as a Service — the concept of streaming content to gamers instead of selling them like physical media.

The electronic entertainment industry could be watching the way the movie and TV industries have adapted to Content as a Service, and how the business world has adapted to Software as a Service.

“At E3 we started to hear about Games as a Service and how streamingwill be a part of this,” said Pollak.

“Think of it like how an insurance company gives you a policy for fivemotorcycles but you can only wreck one at a time,” he quipped.

This business model wouldn’t be much of a leap beyond Steam, theonline game service, or even what EA has done with its Origin service.The biggest difference is that content might not be stored locally butcould be streamed as needed by the player.

“That is what a lot of game companies are already talking about,” said Pollak.

One complaint often heard at E3 concerns the format of the show, which has grown well beyond being an industry trade event. This year, as in recent years, the show opened up to the general public.

That has turned E3 into a Comic Con-like event — and as a result, game publishers may be trying too hard to appeal to the masses rather than previewing what’s coming soon for the gaming media and retail buyers.

“There are three hours for the press and industry insiders, but E3 hasreally been turned over to the gamers,” noted Costello.

“At the same time, there was this hype that gaming could become an Olympic sport, so maybe this plays into that,” she added.

“However, this year was still about what we didn’t see — including new hardware,” Costello said.

“There was a lack of [virtual reality] content or hardware,” said Enderle.

“I expected this to be the VR breakout year, but even what Microsoftshowed was underwhelming,” he observed.

“It was a lot of the same,” said Costello. “However, we kept hearing it takes time to develop a game.”