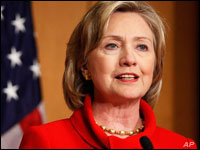 Hillary Clinton’s email scandal showcases that she shouldn’t be president. This has nothing to do with her party or politics — it has to do with how she seems to approach a decision — through tunnel vision leadership. This method isn’t biased on the left or right, but it is more hardwired into men than women. Unfortunately, Clinton seems to have this in spades.

It may even explain mistakes like Benghazi better than any of the hair-brained theories that her opponents so far have fielded.

Tunnel vision is suicidal in a fight, dangerous in an executive, and potentially catastrophic in a chief executive. It has been demonstrated by a string of failed CEOs and politicians. Fortunately, it can be unlearned, but the individual has to accept ownership of the problem and be willing to address it. Often, either of these is a bridge too far.

I’ll delve into that this week and end with an amazing game concept that effectively showcases the advantages of a female gaming executive. This game could make you into a better person — particularly if you suffer from stress or PTSD — and it appears to be fun too!

I’ve been getting a number of calls on this, and I don’t think anyone really sees the big problem. It isn’t about what she used, it is how she reached her decision. She is an attorney, and she has been part of a number of investigations. As a result, she wanted to better control her email repository so that it couldn’t easily be used against her.

Given her background you can understand why she’d want to have her own email service. This approach is commonly used by criminals and privacy nuts, because they believe they will have enough notice to hide, destroy, or alter their email repositories — or at least prepare for questions — if an investigator wants to use email to incriminate them.

However, Clinton not only based her decision on a false assumption — that she’d have more control — but also completely ignored a greater risk. Outside of government security protection, her email could be read, remote controlled, or blocked more easily by anyone wanting to do her or the nation harm. In today’s connected world, with militarized hackers and industrial-strength hacking tools sold commercially (it is actually a legal business in Russia), an individual can’t afford the kind of security needed to protect the email of a senior politician in any state, let alone the U.S.

If Clinton had thought strategically, she would have realized that even the appearance of this personal email system would imply she had something to cover up, and would create big problems for her presidential run.

By focusing on her specific need, she not only missed the fact that her solution likely wouldn’t work (the U.S. government has some pretty strong hackers), but also failed to see that it would put the nation and her long-term presidential aspirations at greater risk. She didn’t want to hurt the country, but her focus on her own problem caused her to miss the bigger risk and make a huge error in judgment.

Tunnel vision is one of the most fascinating differences between men and women that actually should make women better executives and politicians. It is traced back to when men were hunters and women protected the home. It showcases how both sexes were optimized for their roles.

This has been a concern of mine since this male flaw nearly got me killed in front of my house (see “The Deadly Side of Social Media”). I was so focused on the two kids I’d pulled away from my neighbor that I never saw the guy who knocked me out and nearly killed me.

While CEO of HP, Carly Fiorina first focused on her celebrity and did some incredibly foolish things. Then she focused on getting George Bush reelected — she lost focus on HP and lost her job too. (She actually blames her board for this.)

During his turn as HP CEO, Mark Hurd got so focused on having a mistress (or having HP pay for him to have one) thathe got fired.

HP’s current CEO, Meg Whitman, seems to focus on buying companies, but she can’t seem to see that HP sucks at making mergers work. She got her job because her predecessor screwed up the Palm acquisition to the tune of billions of dollars. You would think she’d fix the company’s merger process and take a page from Dell, which is massively successful with mergers — largely because its process focuses on preserving the value of the acquisition. Whitman clearly doesn’t even see the problem.

I’m pointing out more women executives, because it supports the theory that to advance in a male-dominated industry women have had to learn how to emulate male behavior, and this is one behavior they should let us have an exclusive on.

You know you are in trouble when I quote Bruce Lee from Enter the Dragon: “It is like a finger pointing to the moon. Don’t concentrate on the finger, or you will miss all the heavenly glory.”

The problem with Clinton’s email isn’t the email system itself — it is what led her to make the wrong choice. She focused too tightly on a very real personal problem and didn’t look at either the bigger potential threats or even her own strategic goals, which would have driven her to a far safer and better choice. She even missed the fact that it likely wouldn’t accomplish the goal she was focused on.

Clinton isn’t anti-American, heartless, or stupid. However, she exhibits tunnel vision leadership, and that actually could be worse than the other three. The same decision-making process also could explain Benghazi and why she didn’t see her husband’s wandering eye.

Unfortunately, this isn’t an uncommon problem — particularly in men — and I likely could point to politicians in both parties who exhibitied it, including current and past presidents. However, unless it is addressed, it could result in a catastrophic mistake. Should Clinton lose the election, I’ll bet we can point to this behavior as the cause.

Product of the Week: Nevermind – The Game That Could Scare the PTSD Out of You

Well, I’m probably overstating the “scare PTSD out of you” part, but Nevermind is a fascinating game that was imagined and created by Flying Mollusk founder Erin Reynolds. What makes this game fascinating is that it uses the Intel RealSense camera to monitor the player’s emotional state and then alters the game accordingly.

The more scared and stressed you become, the harder the game is to play — so to progress, you have to effectively fight the stress buildup and fear. 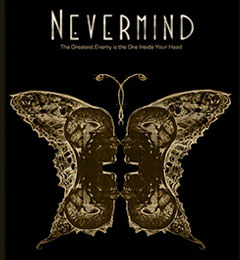 The game’s tag line is “the greatest enemy is the one inside your head.” That is the one you have to defeat to win the game, hopefully learning stress and fear reduction techniques in the process. The concept of the game was Erin’s Master’s thesis at USC, and it was based on the concept of creating positive games that could make people better.

This is the kind of thing many of us hoped would result once women became a bigger power on the creative side of gaming — good games that are also good for you. Games that make people better are a very noble cause.

By the way — one final thought. You also could say that for many failed executives and politicians who exhibit tunnel vision leadership, the Nevermind tag line likely defined them. The enemy was inside their heads.

I should point out that this game and its creator were positioned as part of Intel’s joint effort to attract more women into technology in general, and gaming in particular. The goal in part is to eliminate the kind of horrid behavior exhibited by Gamergate, which reflects so badly on men in our industry.

Because I think Nevermind is a brilliant idea and I fully support the idea of more women in technology and gaming, this game is my product of the week.