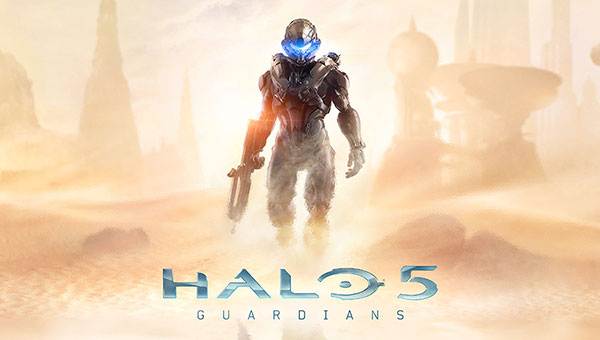 Xbox and 343 Industries on Sunday released two live-action trailers for Halo 5: Guardians to encourage Xbox One owners and holdouts alike to “hunt the truth.” The trailers aired during the season finale of The Walking Dead. The game will make its official debut in June at E3 2015.

In one trailer, the story catches up with Master Chief scorning an injured and supine Spartan Locke with an unsettling benediction.

In the other trailer, the roles are reversed, and it’s Spartan Locke who’s walking menacingly up to the downed Master Chief.

343 set out to make Halo 5: Guardians pay off on the Halo universe’s promise of epic scope, scale and drama, said Bonnie Ross, head of 343 Industries.

“We want to amaze players with the sheer size of the worlds and battles they’ll experience, even as they question everything they thought they knew about its heroes, marvels and mysteries,” she added.

The conflicting narrative in the trailers suggests that Halo 5: Guardians will go beyond weaving the strands of its stories and deliver two fully fleshed campaigns.

Judging from the trailers, it appears Spartan Locke and Master Chief could be working toward the same goals, though taking different routes to do so, suggested Sartori Bernbeck, a senior market analyst at EEDAR.

On the other hand, Locke may be misinterpreting the Chief’s actions and looking to exact justice, he said.

“This dual-view narrative is something that has been explored in previous Halo games, primarily in Halo 2, which shows that right and wrong isn’t always so black and white,” Bernbeck told TechNewsWorld. “It is possible that these two end up working together if they can settle their differences, similar to Master Chief and the Arbiter.”

Not Quite Hunting Season

Halo 5: Guardians’ fans will have to wait more than half a year — it will become available on Oct. 27 — but for intellectual property of Halo’s caliber, it’s not too early to start an aggressive marketing campaign, according to Ted Pollak, senior analyst for the game industry at Jon Peddie Research.

The first-person shooter market is heavily saturated and has been for a while. Keeping in mind the budgets of some consumers, it’s a good idea for Microsoft to do all that it can to keep the buzz high for one of its flagship franchises, Pollak told TechNewsWorld.

The most recent Halo entry, The Master Chief Collection — remastered and repackaged — suffered from networking issues on the multiplayer side, noted EEDAR’s Bernbeck, which prompted some negativity from its community.

With Halo 5: Guardians, 343 Industries has the opportunity set things straight and restore the franchise’s luster, he said.

“Being the first new entry in the franchise that is exclusive to Xbox One, this title needs high-quality content and a strong marketing push to maintain not only the franchise’s popularity but also Xbox One hardware sales,” Bernbeck pointed out.

Great games drive hardware sales — it’s that simple, observed Lewis Ward, games research director at IDC Research. Although Sony is still comfortably ahead in the console wars, Microsoft could have a lucrative season of Xbox One sales when the next Halo game launches.

“If [Microsoft] knocks it out of the park this holiday season — especially because Sony delayed one of their iconic franchises, Uncharted 4, until next year — the potential is there for Microsoft to at least close the gap on Sony from the hardware perspective,” Ward told TechNewsWorld.

Sales of Xbox One consoles surged during the 2014 holiday season, propelled by deep price cuts and attractive bundles, he noted. An Xbox One with Halo V facing a PlayStation 4 without Uncharted 4 could mean another big boost for Microsoft this holiday season.

“The PS4, even in North America, has been edging out Xbox One sales,” Ward noted. “I’m sure Microsoft is disappointed that the dynamic that appeared to switch with the price cut in the fourth quarter — at least, so far — doesn’t appear to be translating very well into the first quarter of 2015.”