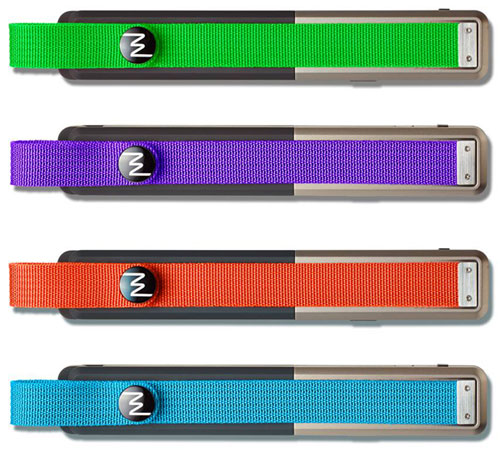 Startup GoTenna has launched its eponymously named device, which lets users send and receive encrypted text messages without the need for a cell tower.

“This is an interesting concept,” Jim McGregor, principal analyst at Tirias Research, told TechNewsWorld. “It’s like a walkie-talkie on steroids.”

The device uses BlueTooth LE to pair with a user’s smartphone.

It can exchange text messages only with another GoTenna.

The GoTenna’s use is further limited because it encrypts messages with the RSA 1024 public/private key encryption, which means only a GoTenna that has the decryption key can read the message.

The GoTenna is basically a 2W radio and an antenna with a microUSB connector, a Bluetooth LE data interface, a rechargeable Li-ion battery and flash memory, enclosed in a box measuring 5.8 x 1 x 0.5 inches.

The device can be extended to 8 inches in length. It weighs 2 ounces.

The casing consists of high-grade, durable metal, nylon and silicone that are water-resistant and dust-tight.

The GoTenna has status indicator lights and a nylon attachment strap.

It uses long-range radio waves to communicate directly with other GoTennas, and it is claimed to have a range of up to 50 miles depending on the terrain.

The GoTenna lets users send and receive text messages for free instantaneously, as well as share locations on offline maps. Its features include automatic message retry and delivery confirmation.

The GoTenna enables individual and group messaging, lets users “shout” broadcasts to anyone within range, and has an emergency chat feature. The latter two features employ unencrypted messages.

It saves messages received when the user’s smartphone is turned off.

The device is compatible with iOS 7 and higher, and Android 4.x and higher.

A GoTenna can be connected only to one smartphone. Stored messages are deleted automatically if another smartphone tries to connect to it, which is a safety feature.

Ordering and Other Details

The GoTenna has not yet been certified by the United States Federal Communications Commission, which is still testing it, the company said.

Pre-orders are being accepted, and the product will be available in the fall.

The GoTenna must be purchased in pairs, and the device currently is being offered at a 50 percent discount, for US$150 a pair.

The company’s website shows the GoTenna being used in the woods, and it suggests it can be used in remote areas, when traveling abroad, at music or sporting events, or during an emergency.

“If you were in areas where cellular coverage was very poor or nonexistent, or were concerned about the network going down at a critical time, this could give you peace of mind if you and your family all had the device,” Rob Enderle, principal analyst at the Enderle Group, told TechNewsWorld.

“It’s too bad [the GoTenna] can only be connected to one smartphone at a time, because otherwise it could serve as a super-mini base station,” Tirias’ McGregor remarked.

FCC approval generally is “very difficult” to obtain, he pointed out, which might be another point against the GoTenna.

“The [FCC’s] rules are pretty clear, so [GoTenna] should be able to determine whether the device can be licensed — but the FCC isn’t always certain to approve, and it’s risky to buy something ahead of their formal approval,” Enderle cautioned.

The device is not likely to replace cellphones as a mass messaging product because it only works with other GoTennas.

“Getting to critical mass with something like this will be problematic, because it requires two devices to work, so initially you have to buy two of them,” Enderle pointed out.

It’s not clear whether the device will work well in a city environment, McGregor suggested. That might further limit its appeal.

GoTenna did not respond to our request for further details.