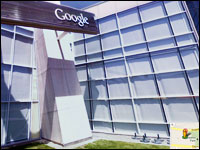 In its ongoing effort to create the perfect map of the world at ground level, Google took a trek into the Grand Canyon this week. Although this is part of its Google Maps Street View project, there are of course no streets in the national park. 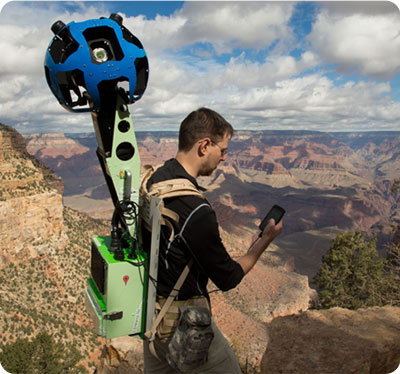 Earlier this month, Google announced that it had doubled the number of special collections in its Street View catalog and updated its images along 250,000 miles of roads around the world. The new images made up the largest one-time update for Street View, doubling the size of the collection. Yet Google was hardly done — it was heading next to Arizona for its descent into the Grand Canyon.

This isn’t the first time Street View has veered off the beaten path. Google has taken its cameras to the Swiss Alps, the Amazon and even Antarctica. Last month, Street View ventured under the sea to provide detailed underwater views for armchair scuba divers.

As in past treks, the Google team is relying on a wearable backpack with a camera system on top to capture the sights and deliver the next best thing to being there. The Trekker system can capture 360-degree views.

Google’s above-and-beyond efforts to capture views where there aren’t even streets allows people to take fascinating virtual trips, but the question must be asked, why is it doing this?

“At one level, you could say it’s an obvious PR ploy,” said Charles King, principal analyst at Pund-IT.

“But at another, you could argue that Google is extending IT innovation into areas that most technologies and IT vendors typically ignore — wide open, sparsely populated areas, including National Parks,” he told TechNewsWorld.

“You can’t really blame the vendors. Profits, in large part, often depend on delivering products to deeply populated areas,” King explained. “But it’s great to see a vendor understand the kind of impact it can have on rural communities and locales, and be willing to make that investment.”

Google doing this is also something that Google just does.

“Google’s effort to capture Street View imagery of the trails and interior of the Grand Canyon is an example of something in Google’s culture that confounds many people: Some of its motivations and behavior have nothing to do with immediate ad revenue,” said Greg Sterling, principal analyst at Sterling Market Research.

“Doing this is part of Google’s effort to make its mapping product the most comprehensive — and thereby differentiated — it can be in the marketplace,” he told TechNewsWorld.

However, it also allows Google to expand its core revenue stream, namely advertising.

“Projects like this are designed to make the world a smaller place to find new and creative ways to get people to consume advertising,” said Rob Enderle, principal analyst at the Enderle Group.

“But activities like this allow people who can’t afford to travel, or just don’t want to, the opportunity to experience interesting locations almost as if they were there,” he acknowledged, “and it will get more and more real as this technology advances.”

Of course another piece of this is that Google clearly can set itself apart as the go-to site for maps that would make Michelin and others pale in comparison. To this end, Google can have the ultimate bragging rights when it comes to having mapped the world.

“There is a brand and monetary benefit to Google in doing this,” Sterling noted.

“If Google can keep people engaged, it can ultimately monetize them. However, this is not how Google typically thinks about it,” he added. “This is part of the logic of Google’s mission to map the real world in a complete way.”

In the past, people often thought of maps as something to be folded and put in a glove box, but Google has redefined what can be expected of maps in going to places few have mapped before.

“The value of having ready access to fresh maps of hiking trails, jeep tracks and logging roads is pretty high,” King noted. “In the good old days when USGS topographical maps represented the state of the art, it wasn’t unusual to find that trails had shifted considerably from what was marked. That was understandable, since it was often years — or even decades — between mapping updates.”

This week, Google’s team has collected ground-level photos from portions of the South Rim of Grand Canyon National Park, including the ridge, the Bright Angel Trail and South Kaibab Trail. But it is likely still only going to be a sampling of the entire park.

“I don’t expect them to get it all,” he told TechNewsWorld. “They can get views from different trails, but they aren’t going to get every nook and cranny. That would be impossible.”

This is also something that some viewers may want to consider before trying to reach some of the more remote parts of the canyon. Even if Google went, it doesn’t mean everyone should try it. Those who do shouldn’t count on using the maps in real time, either.

“Many of these areas are outside — sometimes way outside — of cellphone range,” said King. “So in many cases, travelers planning to use Google’s maps will have to remember to print them out before they hit the trail.”

Even the effort to try mapping the canyon’s trails is an accomplishment, given that they vary significantly in level of difficulty, especially for those wearing a camera system capable of recording a 360-panoramic view on their backs.

And while these maps could entice people to want to visit, Lowe isn’t worried that the online Street Views will be enough to satisfy those who wanted to see the canyon in person.

“It isn’t the same as being there,” he said. “We’re not worried. Every artist, writer and photographer who has tried to deliver it for years hasn’t been able to do so. It is nothing like standing there. You can have the images — but it is not the same until you go there.”