Google’s Hands Free Puts Your Money Where Your Mouth Is 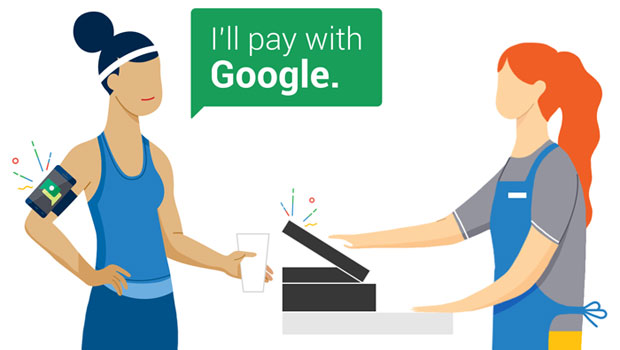 Google on Wednesday announced that it has begun testing an app dubbed “Hands Free,” which allows Android and iOS smartphone users to make purchases via their devices without taking them out of their pockets or purses.

Early adopters in Silicon Valley can use the payment system at a small number of McDonald’s, Papa John’s and other eateries.

The app offers hands-free connectivity via Bluetooth Low Energy, WiFi and location services on a user’s handset, which can detect when it is at a participating store. To check out and pay, the user simply needs to tell the cashier that payment will be made by Google Hands Free.

To confirm identity and stop unauthorized use, users need to upload a picture of themselves, which is used during checkout via an in-store camera that confirms their identity.

Any images captured by a Hands Free camera at checkout will be deleted after a purchase is completed, Google noted. In addition, at checkout users must confirm the initials in their name so that payment can be processed.

The Next Google Thing

The app isn’t Google’s first foray into mobile payments, as the company previously launched Google Wallet and later Android Pay, the latter offering contactless payments via near field communication. Retailers such as McDonald’s already acceptAndroid Pay, which was rolled out last year with the support of four major payment networks — American Express, Discover, MasterCard and Visa.

Hands Free isn’t a replacement for Android Pay but could be give it an edge over competing mobile payment methods, according to Greg Sterling, vice president of strategy and insights at theLocal Search Association.

“We’re seeing many evolving solutions,” he told the E-Commerce Times.

“Google Wallet didn’t really take off like the company wanted, so it launched Android Pay, which was branded differently,” Sterling said.

“The mobile payment landscape is evolving and we’re really in the beginning stages,” he added. “It is a time of experimenting, and this is a differentiator that could help Android Pay win out.”

One advantage of Hands Free is that it adds a level of security over traditional mobile payment.

“Some of it is proximity via WiFi and Bluetooth, so the device has to be there, and then there is the photo that is used for confirmation. And finally you need to give your initials,” he told the E-Commerce Times.

“The chances of blowing it at checkout is low,” Kay added.

Privacy is another consideration. While Google has said that photos used in confirmation would be deleted following a transaction, users would still need to be intertwined with Google to utilize the app.

“There are also concerns of false payments, so there are little bits and pieces that need to be ironed out with this technology,” noted Kay.

Google isn’t alone in its efforts to roll out a mobile payment solution. It has faced competition from Apple and even PayPal in the mobile space. It could have a major advantage given the installed base of its Android mobile operating system, and Hands Free could benefit greatly as a result.

“Square was doing something like this with Card Case but abandoned it,” the Local Search Association’s Sterling said.

That solution, which was released in 2011, may have arrived too early for the masses.

“People need to become accustomed to mobile payments before any can take off,” Sterling added. “There are still concerns over false payments and concerns over security, but once people use these to make purchases, the benefits will become self-evident.”

Mass-market retailers such as Walmart have begun to introduce their own mobile payment solutions. The question is whether the market will come around to a single solution.

“Mobile payments are happening and these will proliferate,” said Sterling. “It is a question of when not if, and timing is a key factor.”