Google’sAlphaGo on Tuesday rocked the worlds of Go and artificial intelligence when it beat 18-time international Go champion Lee Se-dol the final round of the Google DeepMind Challenge. 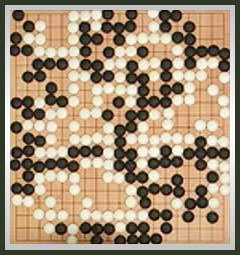 Lee lost the first three rounds last week but came back and won the fourth game.

Onecriticism of AI programs is that they have done well relying on logical inferences based on heuristics and memory, but they lack intuition and can’t learn from their mistakes or derive new knowledge without human programming.

Go “depends as much on logic, like chess, as it does on intuition,” he told TechNewsWorld. “The results of this competition imply that AlphaGo has transcended the brute-force approaches to solving games of logic.”

The AI solutions Google has been working on through deep learning “were very good at stuff like Pong, where you had to do an action right then, but didn’t do so well in games like Pac-Man, where you had to plan something out, because the learning solutions they have so far were based around reaction and not planning,” observed Jim McGregor, a principal analyst atTirias Research.

“With Pac-Man, you have to be able to plan ahead for various interactions, and it changes every moment,” he told TechNewsWorld.

AlphaGo does demonstrate the possibility that AI systems eventually might be capable of intuitive thought, but “we’re in the infancy of developing these solutions, and the algorithms we’ve developed have been in response to some kind of stimulus — you get the data, how do you recognize it, what you do with it,” McGregor said.

That doesn’t mean researchers won’t be able to incorporate long-term planning into AI systems, “but you have to learn to walk before you can run,” he noted.

The human brain “can change its configuration on the fly; computers can’t do that,” McGregor pointed out.

AI systems “are all about learning,” he said. “They’re about creating an algorithm to do a specific thing or things, and even then it takes a long time to succeed.”

IBM’s Watson — which won Jeopardy and is being used to help treat lung cancer at Memorial Sloan Kettering Cancer Center — is being taught to perform image analysis and recognize anomalies in people’s medical images in the context of broader information such as data from their Fitbits.

“Both are deep learning neural network-based systems,” said Frost & Sullivan’s Jude, but “Watson was developed to be an artificial general intelligence system — that is, domain indifferent — while AlphaGo is a special-purpose system designed to play Go.”

Any application that requires a response to a complex, changing environment would benefit from AI technology such as AlphaGo’s, Jude suggested. That includes health, weather prediction and market analysis.

AI has the most potential in scientific research, McGregor contended.

In medicine, researchers could develop massive databases of how one protein or chemical interacts with others, which would allow algorithms to be built much faster. Databases of digital medical records and diagnoses could be built and input into AI programs, which would revolutionize diagnosis, he said.

Semiconductor research is another possibility. “Right now, we’re taking the periodic table and experimenting with all the elements we can to improve semiconductor technology. Think of what we could do with research in terms of modeling,” McGregor pointed out.

“The best way to use AI is where we’re very limited in what we can process and how,” he said.