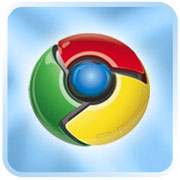 Google on Thursday announced the Chromebook Pixel, a branded touchscreen netbook with a price tag that consumers may balk at, considering the cost of rival offerings.

The Pixel will be available in WiFi-only and 4G LTE versions, priced at US$1,300 and $1,450, respectively. That pricing might prove to be a major problem, said Jeff Orr, senior practice director at ABI Research.

“What’s the market opportunity for a device that relies on always being connected that’s going to drive a price premium?” Orr told TechNewsWorld. “I’m challenged by that.”

Offering the Chromebook Pixel at a price higher than $1,000 “is like saying a netbook doesn’t sell well at $200, so let’s try $1,500,” Rob Enderle, principal analyst at the Enderle Group said. “Even the premium-priced MacBook Air is cheaper.”

The Chromebook Pixel’s touchscreen is said to have the highest density available at 239 pixels per inch for a total of 4.3 million pixels.

The device’s body is made from anodized aluminum alloy. Vents are hidden, screws are invisible and the stereo speakers are tucked beneath the backlit keyboard. The touchpad is made from etched glass.

The Pixel sports a 720p Webcam, three microphones and full-range speakers. It has an Intel Core i5 processor, solid state Flash memory and comes with 1 TB of Google Drive cloud storage.

The Pixel has industry-leading WiFi range, according to Google. The LTE version will use Verizon’s network. Both versions come with 12 free Gogo Inflight Internet passes.

Various Google products such as search, Gmail, YouTube, Maps and Google+ Hangouts are integrated into the computer. The OS is updated automatically every few weeks.

No Fears From the Competition

“Ultrabooks priced at $1,500 aren’t selling well, and for this price, typically the Intel i7 processor is used, not the less expensive i5,” Enderle told TechNewsWorld. “WAN connectivity, a near requirement for the cloud-connected Chromebook, hasn’t sold well in notebooks either, even with heavy subsidies that don’t appear present in this product.”

That high price makes it unlikely that any OEM, such as Samsung, will be worried about competing with the Pixel, he said.

A Target Audience With Deep Pockets?

It’s not clear which market Google is aiming at with the Chromebook Pixel, said Carl Howe, vice president of research at the Yankee Group.

“Frankly, I don’t really know who the audience is for this device, and I think that’s Google’s fundamental barrier to success with it,” Howe told TechNewsWorld.

Chromebooks might be considered as portable thin-client products. That may explain why HP, the top seller of such solutions, is looking at them, Enderle said. However, “HP won’t be selling someone else’s hardware any time soon, so it’s hard to see a successful end game for Google.”

The Pixel “won’t have native applications outside what Google offers, and I’m struggling with why people would want this solution compared to existing Chromebook devices which cost far less,” Orr said.

The educational and business sectors, which are dominated by Apple and Microsoft, aren’t likely to take to the Chromebook Pixel because “both segments are heavy on standards, making any new platform very difficult to sell,” Enderle explained.

Both segments “tend to be really tight in terms of cash,” he pointed out, “and the price of this thing could scare them off.”