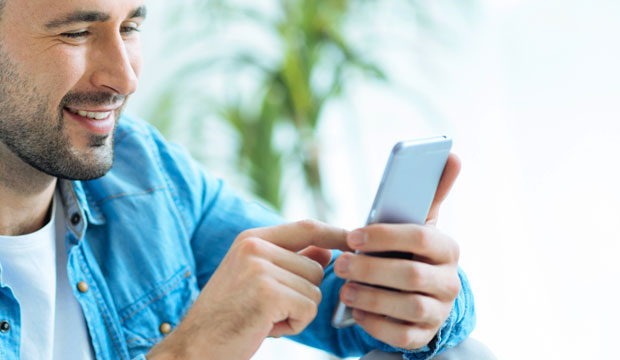 Google on Tuesday rolled out a developer preview of its new AMP story format, which is designed to give content publishers an easy way to deliver news and information on mobile devices with visually rich, tap-through stories.

“Images, videos and graphics help publishers to get their readers’ attention as quickly as possible and keep them engaged through immersive and easily consumable visual information,” he pointed out.

Built on the AMP infrastructure, stories are displayed on the mobile Web at speeds that rival resident apps.

In addition, AMP story pages can be hosted at a publisher’s website and linked to other locations on the site to enhance discovery.

As part of the AMP ecosystem, discovery platforms can take advantage of pre-renderable pages, optimized video loading and caching to optimize delivery to users.

“This format will load quickly and rank in search results, maximizing the potential for discovery,” said Greg Sterling, vice president of strategy and insight for the Local Search Association.

“Google AMP can support the content-raiding approach that most mobile consumers have, because it greatly reduces the load time of the content, which is where most consumers abandon the opportunity to view it,” he told TechNewsWorld.

“There is rarely an issue of finding worthwhile content to read,” Papa added. “Accessing it efficiently is the bigger hurdle.”

Device size may play a role in how mobile users consume content.

“One of the biggest benefits of the format is its ability to create engaging content easily,” said Regina Buckley, senior vice president for digital operations and business development at Time, recently acquired by Meredith.

Meredith has participated in the development of AMP stories, along with CNN, Conde Nast, Hearst, Mashable, Mic, Vox Media and The Washington Post.

One drawback to this early version of the format is the absence of advertising support.

“We’re all asking for it, and Google is thinking seriously about it,” Buckley told TechNewsWorld.

“Advertising in the long run for this format is going to be critical,” she added.

Another possible benefit to publishers from the new format is stronger consumer connections.

“The intention of AMP stories is to generate more consumer engagement,” the LSA’s Sterling told TechNewsWorld. “Depending on how well publishers use the format, it could do that.”

However, there are better ways for publishers to engage readers than AMP stories, suggested Sonobi’s Papa.

“I believe the AMP technology should be viewed by the publishers as a medium for accessing content faster on the mobile Web,” he said. “If engagement is the end game, a stronger push into the mobile app environment is the better solution. An app with a native comments or sharing section will produce higher levels of engagement than the mobile Web. “

“As Facebook focuses inwardly on their own business and presents challenges to publishers from a referrals point of view, getting page views through consumer engagement in the way most of us are going to go,” she said.

Google’s approach to working with publishers contrasts starkly with Facebook’s.

“AMP was built to support the publisher and their content, while ensuring that content is hosted on the publisher’s site with AMP formatting and speed,” Papa said.

“Facebook Instant Articles is just a cached version of the article that is hosted on Facebook,” he pointed out. “User engagement is limited to Facebook’s walled garden and normally no other content from that media organization is accessible from the instant article. AMP allows for more discovery and engagement between the user and the publisher.”

Facebook has been nothing but bad news for publishers for a long time, noted Dan Kennedy, an asociate professor of journalism at Northeastern University.

“Instant Articles has been a disappointment, news is being played down in the news feed, and the interface makes it hard to separate the real from the fake,” he told TechNewsWorld. “It makes sense for Google to reach out to publishers in new ways, now that everyone is looking for alternatives to Facebook.”