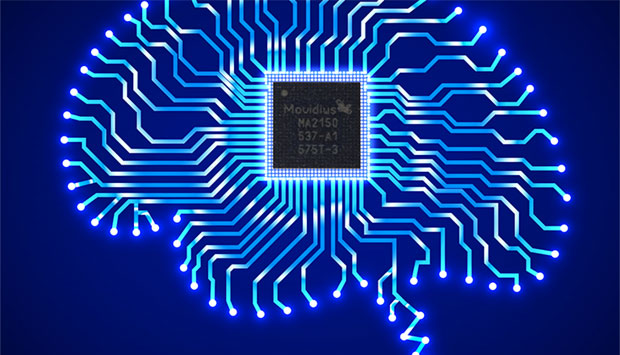 Movidius on Wednesday announced that it’s working with Google to put deep learning on mobile devices.

That could result in smartphones and other mobile devices that will be able to understand images and audio swiftly and accurately.

The MA2450 is the most powerful iteration of Movidius’ Myriad 2 vision processor unit, which the company said is the only commercial solution available to perform complex neural network computations.

The Myriad 2 is the first always-on vision processor, Movidius said.

It has a programmable architecture and comes with the Myriad Development Kit, or MDK, which includes a software development framework. That lets developers incorporate proprietary functions and build arbitrary processing pipelines while leveraging the vision, imaging, and linear algebra software libraries and reference vision processing pipeline examples Movidius provides, all as source code.

The MDK includes all necessary programming and debugging tools.

“We can expect to see run-time deep neural networks for speech-to-text, vision and many other smart machine applications running in phones, cameras, automobiles, medical devices and others because the DNN models can be downloaded and run disconnected from the cloud,”Gartner Fellow Tom Austin said.

“Remember that working with Google on a project doesn’t necessarily translate into products,” cautioned Jim McGregor, principal analyst atTirias Research. “However, this has the potential for almost any device and extends well beyond just facial recognition; this is machine learning.”

Facial recognition and retinal scans the technology enables “could significantly increase the level of security over fingerprints and even help identify people,” he told TechNewsWorld.

Facial recognition could be used in two-factor authentication, and Google could bake it into Android as it did with fingerprint IDs, suggested Wayne Lam, a principal analyst at IHS Technology.

Google also could apply the technology to home security platforms, he told TechNewsWorld. “Think Nest and other IoT uses.”

Potential Uses for the Technology

Banks will begin using smart machines widely, and a report Gartner’s Austin co-authored suggests most banks will invest in six main types of smart machines during the next few years.

“Facial recognition and retinal scans are much more secure and user-friendly than any of the more common security solutions,” Tirias Research’s McGregor said. “This could allow users to log in and begin using platforms in a secure manner effortlessly.”

The technology also could be used in wearables and industrial applications in the medical and industrial automation fields, where the Internet of Things might come into play, he suggested.

“This capability is not limited to the Movidius solution,” McGregor pointed out. “Qualcomm is doing it in conjunction with its image signal processor, and this could be done within most SoCs by leveraging the ISP, DSP, GPU, VPU and CPU resources.”

As global smartphone sales slow, noted IHS’s Lam, “we’ll see more and more efforts to create differentiated value for platforms such as Android and iOS just to keep up with the furious pace of competition and innovations.”