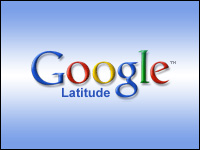 Users of Google’s location-aware mobile software can now track their whereabouts over time and receive alerts when contacts are nearby, thanks to two features added to the software on Tuesday.

The free application, Google Latitude, introduced earlier this year for a variety of cellphones, was originally designed to let friends see each other’s locations and then contact each other via SMS, IM or phone to meet up when they’re in close proximity.

Now, by enabling a new location history feature, users can store, view and manage their own past Latitude locations as well. With Google Location Alerts, meanwhile, they can be notified when friends are nearby, thereby avoiding the need to keep checking Latitude for updated activity.

Users of the location history feature can visualize their past whereabouts on Google Maps and Earth or play back a recent trip. They can also delete parts of their history or an entire location history at any time.

The feature is designed for personal use, and it must be enabled; it does not reveal a user’s past locations to friends. Rather, it aims to help users look back in time to see where they’ve been and how long they stayed.

“While working on location history, I found myself going back in time to discover things that would have otherwise been impossible,” Lambert explained.

“For example, I stopped at an awesome BBQ place on my way back from Lake Tahoe this summer, but I couldn’t remember the name when my friend was asking about it a few months later,” he recounted. “I pulled up my location history for that weekend, found where I was stationary on the drive home, and the restaurant name showed up in Google Maps.”

The Google location alerts feature, which is now in beta, requires that users first enable location history so that it can learn which locations are part of a user’s regular routine and avoid creating alerts for those locations.

“After working on this for a while, we realized it wasn’t as straightforward as sending a notification every time Latitude friends were near each other,” Lambert explained. “Imagine that you’re Latitude friends with your roommate or coworkers. It would get pretty annoying to get a text message every single time you walked in the door at home or pulled into work.”

Instead, the technology sends alerts only when users are at an unusual place or at a routine place at an unusual time, he said, noting that it may take up to a week for the feature to learn to make those distinctions for a particular user.

Friend-finder services are typically used as a social tool, but “there are also many practical implications,” Greg Sterling, principal analyst with Sterling Market Intelligence, told TechNewsWorld.

Safety could also be a benefit, he added. When mobile users get lost, for instance, they could use the technology to backtrack.

Fans of geocaching, who may lose track of their whereabouts on their convoluted treasure hunts, could use the feature as “a kind of digital breadcrumb trail,” added Gillin.

In the business world, meanwhile, applications could include package-delivery and field service organizations, both of which “very much want to know where their people are and where they’ve been” in order to monitor routes and productivity, Gillin suggested.

While both Latitude and Glympse — which also offers tracking capabilities — are free, there are subscription services built around a similar idea, Sterling pointed out.

Though Google says users’ location histories aren’t broadcast to their contacts on Latitude, some people may nevertheless feel uncomfortable with the new capabilities.

Of course, such individuals “don’t have to participate in the system and don’t have to use Latitude at all in such cases,” noted Sterling.

However, “notions of privacy are changing culturally,” Sterling pointed out.

“Where once people might have really resisted such a service, various groups of users will have no difficulty with it,” he explained, “because they’re living in a world where people routinely expose what they’re doing and where they’re going to their friends” via social networks such as Facebook or Twitter.

“It is amazing how open we have become,” Gillin observed. “It seems like every time some new innovation comes out in terms of making our lives more public, there’s invariably a privacy backlash, but then we accept it.”

Google and Facebook are both in “a race to make the Web a social place,” Gillin added. “They’re both testing the limits of what people will accept.”

As a result, “citizens of the U.S. in general are learning to live with a high degree of visibility that we never would have accepted 10 or even five years ago, because we find out it really isn’t all that big a deal,” he asserted.

“It’s not a matter of the technology being offensive or intrusive, it’s a matter of how people use it,” he said. “Emily Post never conceived of this stuff.”