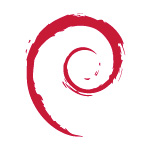 There’s just never a dull moment here in the Linux blogosphere, and the last week or so has been a perfect illustration.

Not only did the Shellshock bughit the proverbial fan, but the ever-burning Systemd flames flared even brighter, thanks to the addition of some fresh fuel.

What was that fuel, you may wonder? Oh, none other than the little tidbit of news from the Debian team that it’s decided to make the GNOME desktop default again — and that Systemd was at least part of the reason.

GNOME also leads when it comes to accessibility, Hess wrote. Then, too, “the Debian GNOME team made a passionate case for GNOME having a bigger community,” he added — among several other less tangible factors.

Bottom line? GNOME will be the new default in Debian 8.0 “Jessie.”

Hess then made a hasty exit from public view. “I will not be answering media enquiries related to this commit,” he stressed as he made his way to the door, leaving Linux lovers with plenty to chew on.

‘The Tail Is Wagging the Dog’

“We’ve changed to Systemd and GNOME is the only desktop that is comfortable with that, so we make GNOME the default desktop,” blogger Robert Pogson told Linux Girl. “I think the tail is wagging the dog.

“Isn’t there a better way to choose the default desktop, like popularity or performance or size — you know, something we can measure?” Pogson added. “How would it be to choose the init system based on what Xfce 4 likes? See the problem? We’re doing something irrationally, without any real plan or goal in mind.”

Systemd has already threatened to render one of Pogson’s systems unbootable, he noted.

“APT could not resolve dependencies for something called systemd-shim which was held back, and my desktop depended on that damned package,” he explained. “After a few days of worry, I just deleted it and the world did not end. Even the great APT cannot deal with this.”

Long story short, “the more I learn of Systemd and how it wants to rule my life, the less I like it,” Pogson concluded.

‘They Are Very Wrong’

GNOME “has truly reached new levels of desperation by tying itself to Systemd in an attempt to seem modern, but they’ve castrated and compromised the user experience,” Hyperlogos blogger Martin Espinoza opined. “The same people that made Linux popular to begin with — systems administrators — are not interested in a candy-coated UI which wastes screen space.”

Now, “Debian itself has reached new levels of desperation by trying to make itself seem hip by implementing Systemd, with much the same results,” Espinoza said.

“Most of the responses I’ve seen have been along the lines of, ‘I’ve already ditched Debian because of Systemd’ or, at best, ‘It’s OK as long as I can still install KDE,’ so this move is a bit perplexing,” he concluded. “It’s like Debian is trying to alienate the people who made it what it is today. Perhaps they believe that we cannot un-make it, but they are very wrong.”

The distro “can switch to whatever they like and it won’t matter to me since I install Xfce on my Debian desktops anyhow,” offered consultant and Slashdot blogger Gerhard Mack.

Indeed, since Debian is “a multipurpose strong distro that is used mainly by experts and system administrators in servers, etc., I think Xfce would have been a better choice for default,” opined Google+ blogger Gonzalo Velasco C. “The users can install any other DE later, if they want to.”

It’s all a testament to the power of Red Hat, Google+ blogger Alessandro Ebersol suggested.

“Seriously — no one gives a damn these days about GNOME except RH and the folks that make GNOME/PA/Systemd,” Ebersol explained. “Those are the folks pushing GNOME so hard.”

In fact, “GNOME is on its last legs since everyone is distancing from it — the GTK libs are being left out, and folks are all migrating to Qt,” he added. “So, I guess it’s a victory for RH and their GNOME pushers and a backtrack for Debian.”

“I like the GNOME environment,” Stone told Linux Girl. “It’s a very smooth-looking interface that’s difficult to compete with when it comes to eye candy.”

Other than that, “the reasoning behind the migration makes sense to me,” Stone added.

Moreover, “we have to keep in mind that this is a change of the _default_ choice — not something as drastic as removing it from the repositories,” he explained. “Fans of Xfce (which I count myself among) can still easily switch back to the environment. The same goes for MATE.

“All in all, this change gets a giant ‘Meh’ from me,” Stone concluded.

‘There Is Some Pain’

“What I take away from this is that there is some pain associated with major changes in a project, but if the developers keep their focus and deliver a good product, users do return,” O’Brien said.

“We saw the same thing in KDE when it went from 3.x to 4.x, and we see it now with GNOME,” he added. “I have always said that Linux users welcome innovation as long as it doesn’t change anything.”