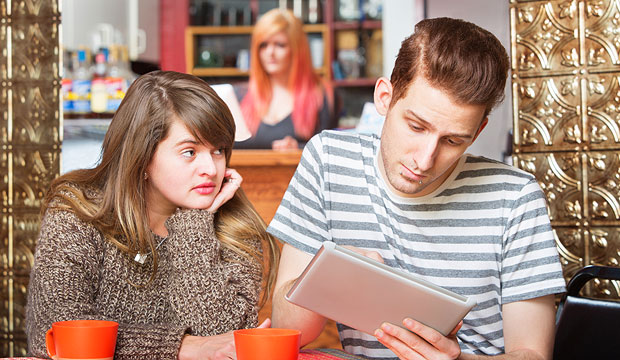 I hate the idea of chopping our population into generations: the Greatest Generation, the baby boomers, Generation X, Generation Y, millennials and so on. The assumption is that everyone born during an arbitrarily selected time period shares certain traits.

It also results in people projecting ideas — often romantic ones — onto huge groups of people. Recently I saw a comment about the WWII-era generation that proclaimed, “It was the way it should be today — where everyone stood up for his neighbor, regardless of their race or religion.”

Having written a book about the Tuskegee airmen and attended the reparations hearings for Japanese Americans, I can tell you that’s not an entirely accurate picture of all (or most) people of that time.

AuthorsWilliam Strauss and Neil Howe defined millennials — who make up nearly 46 percent of business-to-business end-user buyers, according to a study by Google andMillward Brown — as having been born between 1982 and 2004.

Many of the oldest millennials are in roles of great responsibility, yet they’re popularly characterized as perpetually distracted by mobile devices, plagued by short attention spans, and accustomed to getting what they want when they want it.

That characterization isn’t fair to the millennials, and not only because it’s based on the worst-behaving members of that age range. Stepping back from the judgmental language, the millennials are more factually characterized as the first digital natives and the generation with the most intimate connection to technology.

Also, it’s not fair because the traits attributed to the millennials — connected, distracted, short on time and accustomed to instant answers — aren’t characteristic of a chronological group, but rather the direction in which modern customers are evolving. Don’t group them by age — group them by the depth of their changing expectations. Call them “Generation Customer.”

We’re seeing this clearly in the business-to-consumer space, but the same factors are changing B2B buyer expectations, too. A converging set of megatrends is transforming the modern B2B buyer: analytics, hyperconnectivity, automation, software intelligence and the sharing economy, according toMcKinsey and Co.. As a result of those B2B customer megatrends, customers have new expectations — and those expectations are being translated into demands.

First, customers are demanding to get information in any way they want, and they want it fast. That doesn’t necessarily mean rapid, omnichannel responses from support, although that’s part of it. Those buyers want to be able to search and employ other self-service options during the decision process before getting to a conversation with a person.

Members of Generation Customer demand that businesses know about them from their very first interaction. After a decade of social media and an understanding of how customer data is collected and used, those buyers are well aware of what businesses do to understand prospects and understand how much intelligence is gathered on buyers today — in part, because their companies are doing it, too. Therefore, when they contact a business — or, even more so, when businesses contact them — they will not tolerate being treated as strangers.

Buyers want the people they buy from to be as available to them as other people they know. That means all the time, and through a host of channels. Don’t expect them to stick to one channel, either. They’re just as likely to use two or three channels in the course of an interaction. Be prepared to use any and all channels the customers use.

Finally, know that customers need to complete their purchases immediately, if not faster. Time is of the essence, and spending time waiting for a B2B purchase to close because of process problems on the seller’s side steals time that could be better spent doing something else.

Those five major changes in customer expectations change the game for sales. Sales management has to help reps become subject-matter experts and provide them with tools that help them access information and content at the speed customers require.

You can no longer sell to a customer — you have to sell with the customer, adding value to the decision process in order to get deals closed. That means a focus on internal processes and efficiencies has to assume a lower priority in favor of aligning those processes around customer desires and needs. Processes that don’t help meet customer expectations must be eliminated or moved to the end of the transaction, after deals have closed.

Businesses that belong to Generation Customer understand how to complete that realignment in a way that’s beneficial to the customer, the salesperson and the business.

It is a generation not defined by its age but by its expectations. How businesses change in response to those expectations will vary, but the empowered buyers of Generation Customer expect those changes, and they expect them now.

Meeting those expectations is vital, because unlike chronologically defined generations, Generation Customer is only going to get bigger with time.