Attendance-wise, CES is having a fat year. Bloated crowds meanderthrough the show floor’s arteries, clumping around deposits of coolgadgets, blocking the flow for those not willing to get a littlephysical and squeeze themselves through.

Press conferences overflow, locking out anyone who’s not in linean hour in advance. Floor walkers do the CES zombie shuffle. Shuttlebuses antagonize their passengers by crawling 300 feet in 20 minutesin the traffic cluster outside the Las Vegas Convention Center, andno, the driver cannot let you out until the bus is at itsassigned stop.

Is this conference claustrophobia a sign of a recovering economy? Arepeople getting slower? Am I just getting fatter? Perhaps it’s all ofthe above. But without being able to conduct a formal headcount, I’dhazard a guess that CES is enjoying a bumper crop of show-goers thisyear.

CES officially lasts four days, and with these crowds, it could easilytake someone at least that long to check it all out. Here’s a merehandful of products that caught my eye so far.

Google TV has gotten off to a rocky start, LG wants to appify Webtelevision with Smart TV, and Apple TV has been managing its ownwalled garden of Internet-delivered programming for years. 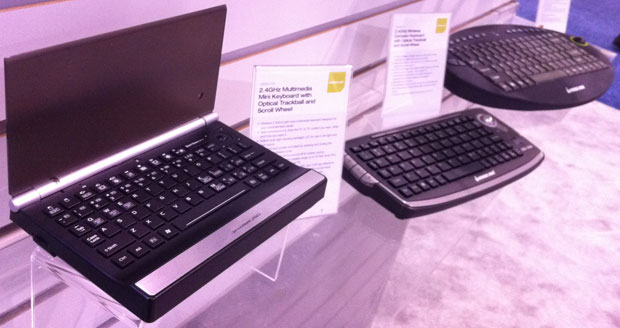 Personally, I think the Internet TV world is a lot simpler when I canjust take an old computer, plug it into a dumb-as-a-rock flatscreen,and get video from wherever I can find it. Hulu, iTunes, Amazon,YouTube, illicit pirate webcast, whatever — just cue up the URL, putit on full screen, and you have the evening’s entertainment withouthaving to limit yourself to any company’s underdeveloped orconstrained little universe.

The only problem is that most PC input methods aren’t verycouch-friendly. You can use a Bluetooth keyboard and mouse combo,which is awkward. Or you can look at a small but growing category ofkeyboards made specifically for the living room.

Logitech is one company with a number of these, one of which is usedwith its Revue Google TV unit. Another is IOGear, and it’s expandingits lineup to include a wider range of sizes. Each includes a built-intrackball, meaning no more massaging the couch cushion with the mouse.

Its largest, the GKM581R (US$79, currently available), features acontoured design to fit comfortably on your lap and a rechargeablebattery. In February, the company plans to release a much smalleredition (smaller than a paperback book) with backlit keys for $99. InMarch, a medium-sized version should arrive at $49.

All of them use 2.4 GHz wireless, giving a claimed range of 33 feet.

High dynamic range (HDR) is a photographic technique for capturingdetail in images even when there’s a high degree of contrast betweenthe darkest parts of the frame and the lightest. Multiple images takenfrom the same angle but with different F-stops are digitally combined,and in the finished product, detail can be seen in the darker areas ofthe frame without the lighter areas getting washed out. 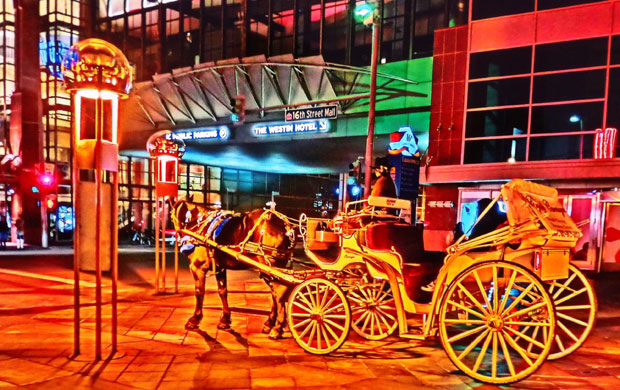 An image taken with a Casio EX-ZR seriescamera. HDR effect and artistic filters were created in-camera.

Using traditional methods, a shot like this requires several steps inphotoshop — not to mention careful planning of the shot to get exactly thesame image several times over, save for the aperture setting. Lately,though, some cameras have been able to do HDR photographyautomatically, and the feature has even found its way into the iPhone4’s camera.

Casio’s ZR10 and ZR100 pocket cams can do HDR tricks too, taking up tosix different images, instantly combining them and whipping up an HDRimage in seconds. The company also added an in-camera “artfilter” for adding adjustable levels of flair to the color. It allmakes for some interesting photos, if you don’t mind that everythingyou shoot is given basically the same artistic treatment.

But cameras in the ZR series are also capable of recording full 1080pHD video — and they’re incredibly fast snappers, cranking out up to 40stills per second.

That comes in handy when you employ the camera’s CS, or continuousshooting, feature. With big, expensive DSLR cameras, the shot is takenthe moment you hit the button. However, pocket cams have this irritatinglittle delay to them as their guts adjust and putter aroundmomentarily before snapping the actual shot. So the moment isn’talways captured at the right moment.

With CS, the user can put up to 30 full-sized frames in memory andpreserve them all the moment the shutter is activated. Users can alsoset how many frames should be saved pre- and post-shutter, as well asthe interval at which they’re taken.

For example, if I want to get a snapshot of the moment a watermelonhits the pavement after being dropped off the roof, I go into CS mode,then set the camera to pick up 30 frames per second and preserve 15frames before I hit the shutter and 15 frames after, giving myself afull second of room for error. Or I could do 25 before and five afterif I’m pretty sure I’m going to snap it late.

The ZR10 is available now for $249, and the ZR100, which features atighter zoom lens, among other things, will go on sale this spring for$299.

With the emergence of the Motorola Xoom, constant talk about thesecond coming of the iPad, an appearance by the Research In MotionPlaybook, the still-recent arrival of the Samsung Galaxy Tab and theubiquitous presence of a million other Android tablets, it’s temptingto wonder how the world’s largest software maker will tackle what’sclearly a popular market.

Clues were provided during Microsoft CEO Steve Ballmer’s CES keynoteaddress Wednesday when he revealed plans for putting Windows 8 on anexpanded variety of chip architectures, like ARM. This could helpWindows more comfortably slide into compact form factors, and it mightpush Intel to work harder at making Atom work better on smallerdevices.

But very few actual tablet products were shown on stage during thespeech, and they definitely didn’t get marquee placement.

Instead, Windows tablets can be found at Microsoft’s booth on the CESshow floor. About a half-dozen are on display, and some of these arefully touchscreen devices, not laptops with the keyboards folded back.Even though this part of the booth was drawing much attention when Ivisited Thursday, it seemed that Microsoft wasn’t interested in makingit a main draw. 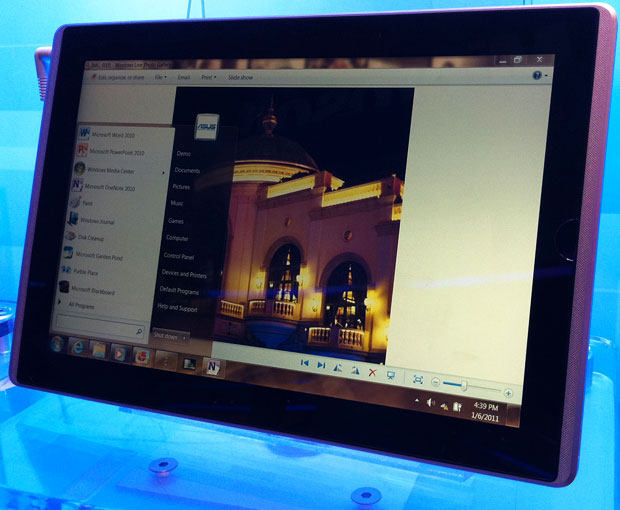 A single unit was laid out for the crowd to fondle — an Asus EEESlate EP 121. It was placed on an awkward little shelf that made meafraid I might send it crashing to the floor if I tried touch-typingon it, and the handwriting recognition feature was so laggy andunusable that I thought the device might well have been dropped on itshead a few times before I got to it. It was running a standard versionof Windows, and I’m well familiar with that OS, but it just didn’tfeel right using a straight desktop operating system on a 12-inchtouchscreen.

So the company’s still winding up for its true pitch at the tabletworld. Perhaps Windows 8 will land with a flavor designed specificallyfor that form factor, and Microsoft’s hardware partners will have awide variety of processors to choose from. That have-it-your-wayapproach could make the platform very flexible, but if it’s tied tothe release of Windows 8, it may be a long time before we see a reallygreat WinPad.